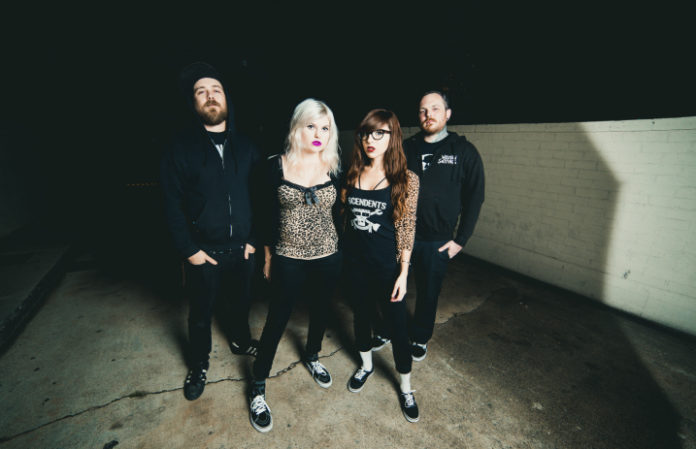 Punk-rockers the Bombpops are premiering the Ed Sullivan Show-inspired video for new track “Be Sweet”—exclusively on AP.

“'Be Sweet' is an homage to our dear friend, the late Brandon Carlisle of the band Teenage Bottlerocket,” vocalist Jen Razavi told AP. “Back in 2010, we were partying in a hotel room with Brandon and Ray Carlisle. There was a guitar in the room and Brandon was showing us an idea he had for a song. He had written it for his wife, but he told us we should play it and change the lyrics to 'getting rad with my boyfriend.' He wrote down all the lyrics on four sheets of hotel notepad paper. Since then, the melody and the chord progression were forgotten, but I still had the lyrics. So we wrote our own version of the song in the studio and used every single lyric that Brandon had written down.

“We drew inspiration for the video from the line in the song: 'The jukebox played our favorite song/You said you put it on for me.' It made us think of two kids in the '60s falling in love. From there, we thought it’d be fun to do the video like an old Ed Sullivan Show performance. While the concept had done before, we felt that it was a solid fit for the song. We really got into it too, channeling the excitement of what it might have felt like to perform on television back in the day.”

Watch the video for “Be Sweet” below:

Be sure to catch the Bombpops on tour this August:

What do you think of the Bombpops' new song?