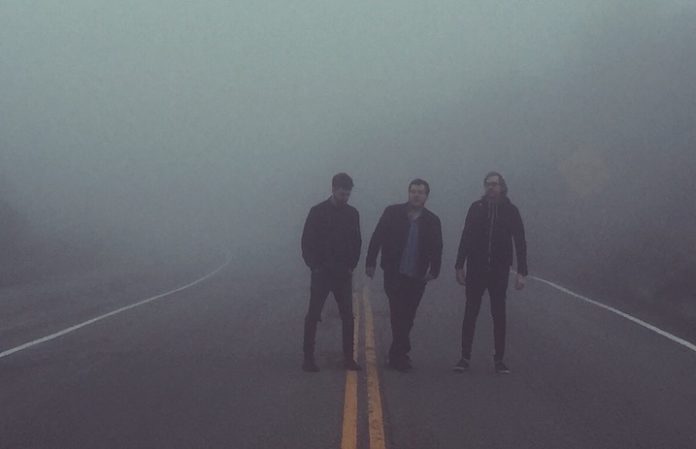 “Now is the right time to start this new chapter.”

The Dangerous Summer have unfinished business. The band’s 2014 split was met with despair from the scene, but it had been coming: Turmoil within the band – most notably differences with ex-guitarist Cody Payne – and a mixed reception to 2013’s Golden Record saw the band fall apart.

But in the ensuing years, something pretty remarkable happened: Their fans didn’t abandon them, and if anything, the Dangerous Summer’s stock in the alt-rock world continued to rise. Buoyed on by songs with genuine heart and great emotional heft, the emo group’s status as scene darlings never faltered. That didn’t go unnoticed by the band.

“Hearing our name continue to echo over the years was amazing,” recalls frontman AJ Perdomo. “One of the biggest things we saw in our time away was how bands had grown up listening to the Dangerous Summer, and they were now older and making a change in the world themselves. I looked at these young bands and thought, ‘God – that was me! I was in a young band and looked up to those who’d gone before me.’ Still seeming to have a place in this world was a huge factor in us coming back, for sure.”

Now certainly feels like the right time for the Dangerous Summer to return, and while that’s a statement Perdomo agrees with, he’s at pains to make one thing clear: This comeback is about the music.

“The heart of our band revolves around how we’ve always believed wholeheartedly in our music.”

“Getting back together was a perfect storm of a lot of things,” he says. “We found an opening and a time to do this.  A lot of people were reaching out to us and saying, ‘Are you guys interested in getting this together? Will you play some shows?’ But while the opportunity presented itself to us to do it, we didn’t want to lead with just playing shows and go straight for the easy thing and make a quick buck. We wanted to lead with the music. The heart of our band revolves around how we’ve always believed wholeheartedly in our music.”

As well as the clamor for the band from the outside, the internal relationship between Perdomo, guitarist Matt Kennedy and drummer Ben Cato was a key factor in their decision to reunite, as was the personal growth of each member in the years following the initial split.

“The vibe in the band is 100 percent different now,” Perdomo explains. “The three of us call ourselves ‘the Doom Triangle!’ There’s a perfect balance in the band – there’s no drama and no disagreements. We’re all chill, yet we’re so passionate, and we all truly care about our music. Right now, I could see this lasting forever. Before, we were grinding ourselves into the ground for so long; we were touring just to tour and making an album just to make an album, and we lost track of the soul of it. Now, we just want to create and push things forward – that’s all we really care about. All the negative energy has left the band.”

Perdomo, in particular, has undergone significant personal change in recent years, most notably becoming a father – and the hope and responsibility that comes with parenthood has, he says, influenced the Dangerous Summer’s new music significantly.

“We just want to create and push things forward – that’s all we really care about. All the negative energy has left the band.”

“One of the biggest changes I’ve experienced is becoming a parent,” he says. “I’m a lot more positive about the world now. I have a line in the new album where I say, ‘I used to think I’d die young, but I’ll live forever,’ and that points out how I feel now. I used to be young and reckless, and I didn’t think about a lot of things, but when you become a father, all you look forward to is the future – you become a person that believes in tomorrow. Everyone is saying that, politically, the world is going to shit and there is a lot of crazy stuff going on. But once you have a kid, you start seeing the glimmers of hope in this world, and you also take a lot less for granted. I’m so much more positive about music and life in general now.”

And that positivity shines through on the Dangerous Summer’s comeback single, “Fire.” It’s a familiar sound, and while it’s not exactly a happy song, lines like, ‘Every road has given me something,” suggest a band who are thankful for the past and hopeful for the future.

“It was one of the last songs we wrote for the album,” Perdomo explains. “We thought ‘Fire’ would be a great one to come back with – it encapsulates a lot of our old sound. There’s going to be a new chapter to the Dangerous Summer’s story, and this is a good starting point. The verses are very reminiscent and nostalgic, and see me thinking back about old friends and wishing everyone I’d ever known was in one room right now.”

That nostalgic feeling carries over into the album from which “Fire” derives – the Dangerous Summer’s upcoming fourth, self-titled album, which is set for release Jan. 26.

“A lot of the album revolves around the feelings of being back in the band, and feeling nostalgic for those times we had and all the people across the world we shared them with,” Perdomo says. “The album is very reflective. I always go crazy when I’m writing albums, and ‘Fire’ encapsulates all the feelings we were going through when making the record.

“The album overall is a continuation of where we left off. Over the years we’d been gone, I’d read online forums about the band, and I’ve now got a good sense of how everyone feels about the Dangerous Summer. Reading all that stuff – the good and the bad – gave me a good sense of where we need to be next. I really didn’t want to make a dark record. Golden Record was very strained and dark – we were very drained as a band, and we were struggling to hold on. This album goes back to the beginning and is more like Reach For The Sun and War Paint – a lot more hopeful and inspirational. It’s a nostalgic record. This album sounds like the Dangerous Summer, but it’s the future. I hate saying this stuff about it because it all sounds pretentious, but this record is the future, man!”

Here’s to the future.