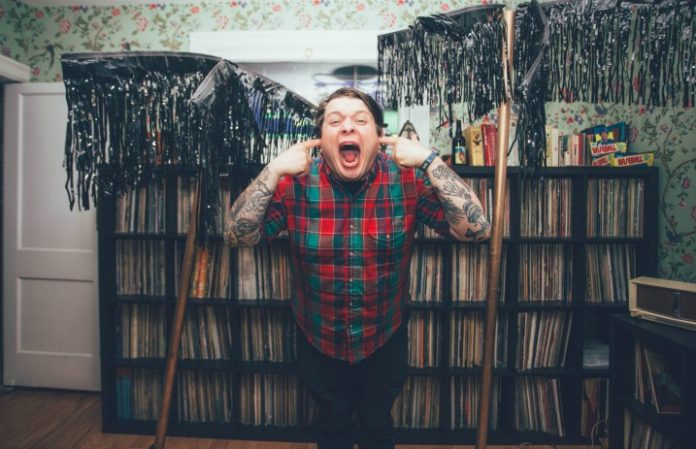 “'Why?' is a conversation that I continually have with my television, my newspaper, my online newsfeed,” explains Zanetti. “Every day we are bombarded with a new tragic story of how war and religion and power and greed steamroll over the poor, the weak, the marginalized. This song affirms that it's okay to be alarmed, or worried or scared, and we should be asking questions, and we should be offering hope and help.”

Fun fact: While recording the track, the band brought an audience into the studio to try to capture the feeling Zanetti brings when he plays the song live. Cool, right? Chris #2 of Anti-Flag, who produced the track, said they used the same model Rage Against The Machine use in their recording process, and it seemed to work.

“I once had a conversation with Tom Morello about the first Rage Against the Machine records' recording process. He told me that for a few tracks they brought people into the studio while Zach did vocals so that he could perform and keep the energy high. This always stuck with me,” he explains. “For 'Why?' we were struggling to capture the energy of Derek's live performance of the song, so we just used the Rage model and this is the result.”

Listen to the new track below:

Known as the Homeless Gospel Choir, Zanetti combines unique crowd interactions with his on-stage humorous vulnerability to ultimately create an inclusive community at his shows. The positive atmosphere that is created continues to attract audiences.

“I've been performing 'Why?' live for a number of years. I'd always thought it would make it to a studio release, but every time I made a record I decided to leave it off,” Zanetti explains. “The energy of the song live and the way it comes across live is authentic and powerful and genuine, and I didn't want the recording process to rob the song of those feelings. It was awesome and exciting to get my friends to cram into a small studio and record the song live with them there, their energy really helped push the song and capture the vibe that I'd been looking for all this time.”

Singer/songwriter Frank Turner praises the record as “a generationally defining album for the underground punk scene,” adding that Zanetti reminds listeners what punk is supposed to be in just half an hour.

What do you think of their new song? Let us know in the comments.