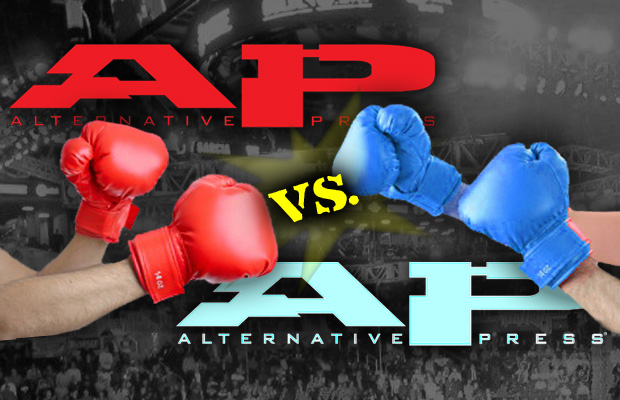 When a topic becomes too hot for just one person, we turn to the CAGE MATCH. Two AP editors enter—and, well, two AP editors leave, too, because we’re not savages. But this is the virtual arena where our editorial staff can battle out opposing views and see if any sort of compromise can be made. This installment’s topic: Did the internet kill music journalism?

POINT ONE: THE FALLACY OF “MUSIC” JOURNALISM

JASON PETTIGREW, EDITOR IN CHIEF: Hard to believe that in 2013, there are still people who claim they “want to hear about the music” in their music journalism. It's a noble thought, harkening to the days when gatekeepers (read: music press) were given the responsibility for having well-informed, articulate opinions regarding the material they were to wax wise about. In those days, maybe you knew someone who had a cassette copy of the impending Nine Inch Nails album and they dubbed a copy for you; the operative word there is “a.” Now Earth has the internet, which can rapidly promulgate any material in digital form in industry-standard quality. All it takes is one sticky-fingered, disgruntled intern or one unscrupulous person to receive the wrong package (like the bastard who leaked my watermark of Hot Hot Heat’s Elevator all those years ago, which singer Steve Bays still blames me for) and the introduction of a band's new work belongs to the masses.

The discourse is no longer how something sounds; the larger populace already knows about it. (“Dude, I've heard the record. What else have you got?”) It's no longer about the music; it's now about character studies and personality pieces. What song is about the lead singer's inability to perform in bed unless he is wearing a Spider-Man costume? What song is about the douche-band they went on tour with who threw up all over their bus? Which member had the same level of dysfunction in his family that the listener can identify with and therefore think, “Well, my mom's boyfriends used me as a urinal, too, so I can relate. But I'll wait until I have money to buy the disc. Maybe.”

The writing can no longer be about conveying an experience through the work, because everybody's heard it. And why should they pay $4.99 a month to hear someone else's opinion when they've got one of their own, thank you very much?

SCOTT HEISEL, MANAGING EDITOR: Some musicians aren’t interesting. There is no doubting that. But others are extremely interesting people, even while making what could be considered “bad” music. In that way, I’m glad the internet has encouraged us to draw intriguing stories out of otherwise mundane musicians.

I remember we caught some flack a few years ago when we did a big feature on Bloc Party and panned their sophomore album in the same issue (a score I still stand by—A Weekend In The City is undoubtedly their weakest release). But in that story, frontman Kele Okereke explained the meaning behind the songs “Hunting For Witches” (which was inspired by the June 2005 subway bombings in London and tackled the concept of xenophobia and Islamophobia) and “Where Is Home” (about the stabbing death of Okereke’s 18-year-old cousin). That right there is heavy shit, regardless of whether or not the record is any good. If this kind of prying allows any reader to develop a newfound respect or appreciation for the musician in question, then I view that as a success.

DEMOCRACY IN ACTION: EVERYONE'S A CRITIC, NO ONE'S AN EXPERT

JASON PETTIGREW, EDITOR IN CHIEF: So new records leak and existing acts' entire catalogs are put up on the ’net as a virtual library. And everybody has a blog, Tumblr, Facebook or, in the case of some bigger online retailers, a forum where people can voice their opinions about creative works. Shit, shit, hooray!

Does this sound like the venom of a bitter old man who is quickly being made obsolete by advances in technology? Not really, because anybody I know who has been at this music-writing circus for longer than 10 years has one characteristic in common: They still want to learn about things. And they want to learn them from reliable people who know the history and intricacy surrounding a band or a musician. Which means that despite his screen name, I don't care what college freshman NegativeCreep12 thinks about the Black Friday Record Store Day version of Incesticide. I do want to read about what Bruce Pavitt, Art Chantry or any number of independent record store owners in Seattle have to say about it—because they were there when it unfolded and have a sphere of knowledge and experience regarding its history. And I'm not singling out young fans simply because they weren't on the planet, say, back when Ramones were still making great records: I won't wade through the mewling of any middle-aged, balding dimwit with a ponytail prattling on about how there's no good music anymore. It's not my fault their forward-thinking calendar stopped in 1993 and the slip covers were permanently installed on their aesthetics.

The Bronx mean more to me than the Replacements, the Dillinger Escape Plan stir my soul harder than any Iron Maiden anthology and the Blood Brothers resonate in my personal tastes as much as Gang Of Four, Wire, the Pop Group, Ultravox and the Birthday Party. Both younger and older demographics do have one thing painfully in common, though: I don't care what either of them think about the Beatles, Bob Dylan or anybody else whose career speaks volumes when reflected upon. Those records are older than all of you; step away from the computer and pull yourself a tall draught of STFU.

(We're not done yet. Click through below to continue to second page)