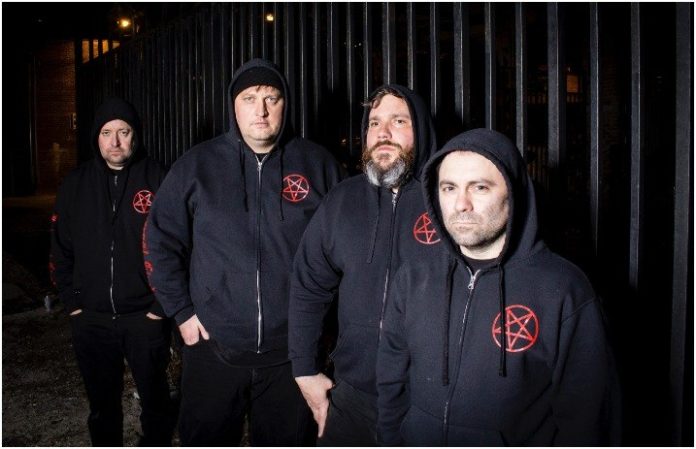 The Lillingtons, Teenage Bottlerocket's Kody Templeman's other musical vehicle, have recently released their first full-length endeavor in almost a decade, Stella Sapiente, and to celebrate the album's release, the band are premiering a music video for their song “Insect Nightmares.”

Read more: 7 things “normal” people never understand about punks “The song ‘Insect Nightmares’ is about transformation,” Kody Templeman, the band’s guitarist-vocalist, said. “It’s about looking into the darkness and facing your fears.”  Templeman continued on to say: “We’ve been working with left-hand path occult practices, and one of the elements of that is to cultivate an understanding of 'true self' and to be able to break down the obstacles to reach that. Ultimately, it’s about looking inside yourself and dealing with everything that holds you back from being transformed. The result is to be reborn as your true self and your own god.”  Removing all preconceived ideas of what their latest record should have sounded like, the band added a lot of sounds that one doesn't normally come across in punk, with Templeman saying:  “We threw in a lot of elements that you don’t normally run across in punk rock. Some harmonic leads and bass driven songs with only accents on guitar.”  Those new elements are noticeable in the band's latest full-length release Stella Sapiente, which, according to Templeman, roughly translates to “wisdom of the stars.” The translation of the album's title is the perfect phrase to highlight the overall theme, which focuses on “secret societies, astrology and the occult.”  With the album out, the band is now sharing their creepy black and white video for “Insect Nightmares.”

“We chose to do a video for this song because we felt it was the most accessible song, both in terms of meaning and musical style. I think the footage sheds additional light on the true essence of 'Insect Nightmares,' and gives more insight to someone who might just take the lyrics at face value as just another cheesy B-movie song,” Templeman said. “Cory and Tim came up with a lot of the imagery for the video, and we flew Mario Rivera out to Colorado to shoot it. We’re happy with how it turned out, and we hope you enjoy it.”

Watch the video for “Insect Nightmares” below:

Stella Sapiente is out now and available for purchase here. Check out the band’s full list of upcoming tour dates with MakeWar below.