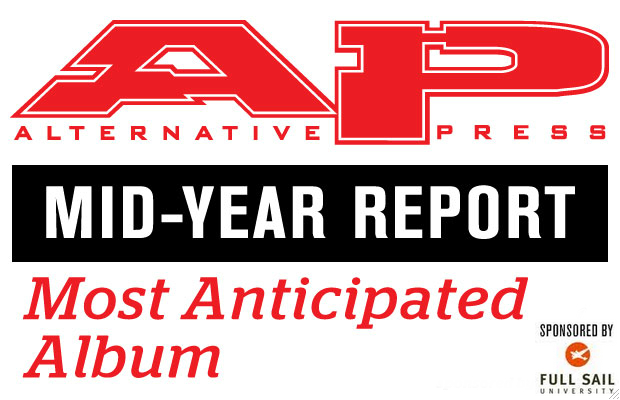 Another half-year has passed, so it’s time for AP’s annual mid-year report, where we break down the best of the best so far, with the cut-off date of June 30.

After they bought Lucasfilm for a gazillion bucks, Disney promised us a new Star Wars installment every other year (with some sort of spinoff filling the gaps). I had come to depend on a brilliant, transcendental, dream-pop escape plan from Beach House every other year going back to Beach House (2006), Devotion (2008), Teen Dream (2010), and Bloom (2012). But they gave us nothing in 2014! Thankfully, Depression Cherry will arrive August 28. —Ryan J. Downey

Rumors are just rumors—and I’m feeling less confident about this every month—but it does look like we could see a new BN album in 2015.  Fall? Winter? I don’t know! It’s been nearly six years since the dark, foreboding Daisy—a polarizing album that left much to be desired. The new single, “Mene,” is promising, blending elements of both Deja Entendu and The Devil And God Are Raging Inside Me. (You might’ve heard a loud buzzing the day it came out—that was the sound of every Brand New fan worldwide getting cursive “We Don’t Feel Anything” tattoos.) One thing’s for sure: This album will be huge. The band have only gotten bigger since their hiatus, playing to larger crowds than ever. (I saw them play a sold-out show to 5,000 people this month, which is insane.) Remember, though, this is Brand New, and they do whatever the fuck they want.  As I foolishly wrote in 2014, “We could very well see Brand New’s fifth full-length this year, and I’m not ruling it out until Dec. 31.” I went on about how “something in the air just feels right this year.” Typical, delusional Brand New fan. —Matt Crane

BRING ME THE HORIZON – TBA
Nearly 11 years ago, Bring Me The Horizon subtly made their way onto the scene with an EP, titled This Is What The Edge Of Your Seat Was Made For. The heading was fitting for the effort’s breed of malicious, in-your-face deathcore. Now, however, over a decade after rising from the depths of Yorkshire, Bring Me The Horizon have gone from local startups to a world-renowned act. With a newfound grasp of atmospheric tendencies to equate their ever-evolving aggression, BMTH’s impending fifth studio album is sure to catapult them through the stratosphere, placing them far beyond what they ever thought possible. —Tyler Sharp

While there are many albums from massive artists coming this year that we’re eagerly anticipating, (Bring Me The Horizon, Pierce The Veil, the Wonder Years, Panic! At The Disco, to name a few) nothing has made me believe in our future quite like listening to the new demos we received from this rising UK band. I mean, I was literally banging on my desk and yelling obscenities while revisiting them recently because they're that good. In just the few songs we’ve heard, FVK tap into the dark corners of human nature, openly studying things like contrition and depression, and abandoning their former narrative as a gang of post-apocalyptic misfits fighting for justice in a fictional city called Grandomina. It’s still the FVK you love, but sans filter and more musically taut than you’ve ever heard them. —Cassie Whitt

It's hard to believe that Head Wound City's self-titled debut EP was released 10 years ago. Actually, maybe not: Like all of the great progenitors in the history of underground rock before them, the members in HWC's lineage have always been a decade (hell, try parsecs) ahead of everyone else. After a recent series of tungsten-melting shows on the West Coast and the completion of their full-length Ross Robinson-produced debut, Jordan Blilie, Cody Votolato, Nick Zinner, Justin Pearson and Gabe Serbian are mulching everything you and I think we know about punk, noise, metal, angularity, pedal abuse and extremity. Then they're gonna hose the world down with it like buckets of bloody ocean chum. HWC's debut full-length is going to school you, corrupt all the other “music” files in your hard-drive and possibly trigger spontaneous combustion in the walls of your home. If this writer was any more stoked about this record, he'd run his skull cap under a bandsaw and have “Radical, friend” inked on his meninges. —Jason Pettigrew

By the time I finish writing this blurb, Radiohead could have uploaded their latest album. Or, you could check in next year, and find me still sitting here, still poised over my keyboard, still waiting for my favorite paranoid androids to drop some new weirdness into whatever streaming service is en vogue. They are supposedly in the studio this very instant, and latest updates from Johnny Greenwood confirm that “Lift,” a track they first started workshopping in 1996, will be included on this release. I have no idea when Radiohead will drop their first album since 2011's King of Limbs, but I do know that I will consume it in one delicious sitting, and Matt Crane will be drafting some-sort of hipster-centric insults to rain upon my head. C'est la vie. —Lee McKinstry

Op-Ed: Here’s what shows could really look like when they finally...