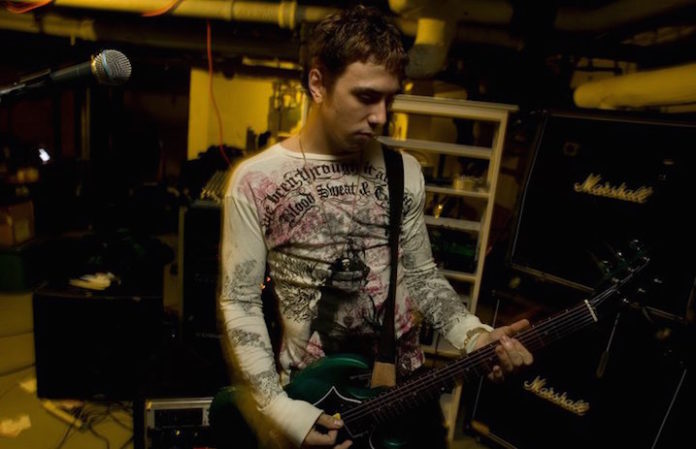 Musician/producer David Adam Monroe shares thoughts on his relationship with art and how recovery from alcohol addiction healed his love for music, motivating him to create again. The drive to make music with a purpose led him to start futurepunk outfit the Plague. You can read the essay and listen to an exclusive stream of the band's debut album Hope For The F.U.T.U.R.E below.

I heard a quote once that has become one of my favorites: “Good art is something where you get to the know the people who made it better by experiencing it.” Over the past 25 years of producing bands and performing, I have found that knowing yourself has a profound influence on not only on a person's life, but also the music they make.

My early experiences in music were traumatizing. Coming from an alcoholic/workaholic family, my inclination was to follow suit and not even think twice about it. I valued sex, drugs and rock more than anything. My days were filled with putting on a persona that I thought I should have—trying to project an image of success when I didn’t even have that clearly defined to myself. At my best moments, I could voice this confusion in my music, but not deliberately or consistently.

“My early experiences in music were traumatizing.”

The first turning point for me came when I was working in a studio in NYC, producing a record with Glen Matlock of the Sex Pistols and my friend Earl Cohen. I constantly had a bottle of tequila in my hand that I would finish to myself everyday, most times blacking out behind the console and not remembering how I got back to bed. I decided to check into recovery to get my drinking “under control,” but I had no idea what I was in for.

One of the moments that seems most relevant to share was one of the most important moments in my life. Under the care of a therapist, I had to bring in every picture of every person I had ever met that I could find. I showed up with many huge containers of photos, and we went around a giant conference table, organizing them to the best of our ability in chronological order. I started having flashbacks about forgotten memories and the feelings attached to them. There was long, lost anger, despair and hurt that I didn't realize I was still carrying. One of the things that became clear was I had constantly chose to shut down this voice inside me. The compassionate, loving voice that knew what was right and deeply cared about myself and others.

I was taught a journaling technique that involves writing to yourself in a way that bypasses your brain's defense mechanisms. On my first attempt, alone in a hotel, I simply wrote “Hello, David. How are you?” and was quickly overwhelmed, breaking down into an uncontrollable panic attack. The next day I went into my therapist’s office and told him, “Well, it turns out I’m crazy.” His response shocked me: “You’re not crazy. You just want to know that you won’t abandon yourself like everyone else has.”

I sat down later to journal again and this time I changed my approach. “It’s OK, David. I'm not going anywhere, no matter how angry you are or sad you are, I promise I will never leave you.” A chill ran over my entire body as a whole section of my brain was reactivated. For the first time, I suddenly and undeniably believed in God, felt genuine self-esteem and felt compassion for the world on a level I did not know was possible.

Experiences like this changed my relationship with music. I realized that hopelessness motivated me to play music for attention and validation.  The more I was instilled with hope, the more my music was instilled with purpose. Music has the ability to create change in the world and a strong, sincere message can be a powerful tool for change.

“I realized that hopelessness motivated me to play music for attention and validation.”

My new project, “The Plague,” will sink or swim on this idea. Our goal is to instill hope and a sense that you aren’t alone. We all deserve love, we all need support, and no one should have to do it alone. I am so grateful that my music has been changed by hope. Hope that change is possible. Hope that community is possible. Hope that we can leave the world better than we found it. Orrin (Hoffman, bass player for the Plague) said it best, in my opinion: “We knew that if the record could help one person, it would be worth it. Just making it has helped us, so it is already worth it.”

Listen to Hope For The F.U.T.U.R.E below: