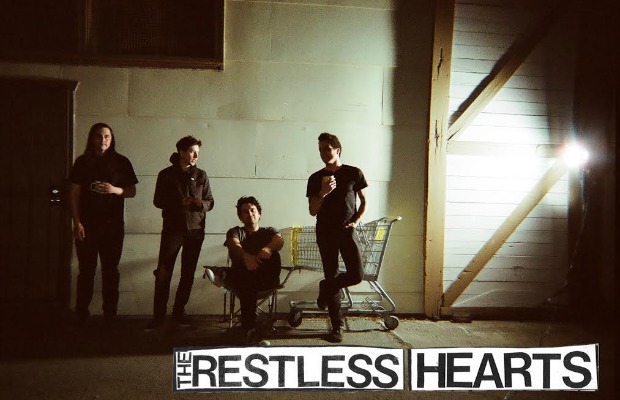 We first introduced you to The Restless Hearts back in April when they were preparing for Heavy Eyes. Then, their debut EP had yet to be titled, and they had only recently signed to Adeline Records.

Now, with just a week left until Heavy Eyes' September 9 release, we have the full EP to stream in advance. If you like what you hear, pre-order bundles are available for the 7-inch via the Adeline Records online store.

Follow AP and the Restless Hearts on Twitter. Tweet them to let them know you heard Heavy Eyes on @AltPress for a chance to win tickets for you and a friend to their Sacramento show with The Story So Far, Stickup Kid, and Elder Brother! A winner will be selected from their @mentions and must be able to provide their own transportation to the show.