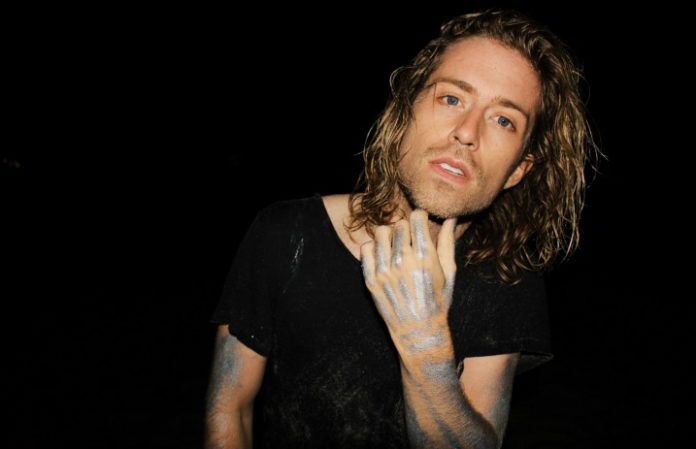 With his first full-length studio album since 2012, singer, songwriter, producer and multi-instrumentalist Bryce Avary—a.k.a the Rocket Summer—promises to deliver the most alive music he's ever created with his highly anticipated forthcoming release Zoetic. The new album taps into a realm of honesty and inspiration that, according to Avary, has no rules or boundaries and is unlike any other record he has ever created. Avary is poised to do big things in 2016. And if his most recent Returning West Tour is any indicator of the unyielding passion and unique, exuberant dynamic that is the essence of the Rocket Summer, let’s just say it’s going to be one wild ride.

WHAT'S DIFFERENT? Oh, wow. I’d probably have to sit down and listen to the old records. In a way, I think it’s probably really different from the older records because with this album, I feel like it’s the birth of a new Rocket Summer. I allowed myself to follow the songs that were coming out of me—not that I hadn’t done that in the past, because I had—but I purposefully wanted to go into new territories and see where the songs led me. So sonically, it’s a really different record. The few people who have heard it, I think, have been kinda taken aback by how different they think it sounds, but it’s still Rocket Summer. I certainly don’t listen to my records. [Laughs.] but there was a time recently where I had this moment of like, “Whoa, I really did make a different sounding recording,” because it sounds nothing like my last one or the one before it. But I’m proud it of it. It sounds like freedom.

DESCRIBE IT IN ONE WORD: Alive. Zoetic, the actual word means alive—of or relating to life—and I just thought it was the coolest word, and that word seemed to really fit.

BIGGEST CHALLENGE: The whole thing itself was the biggest challenge. It’s definitely the most ambitious album I’ve ever made, and I think writing that many songs [was a challenge]. It’s also the very first time I recorded an album myself in terms of actually engineering it.

WHAT WERE YOU LISTENING TO WHEN MAKING IT? I fell in love with the stuff that got me into music in the first place, which was a lot of rock music. I dusted off some old [Smashing] Pumpkins records and Radiohead. I was really inspired by what Annie Clark was doing with St. Vincent, and I fell back in love with stuff like Nine Inch Nails, which I don’t think anyone would think that was a big influence on me. [Laughs.] I really was listening to a lot. I think I studied more than I ever had on any other record.

BIGGEST NON-MUSICAL INFLUENCES: I was heavily inspired by being in the surroundings out here [in Los Angeles]. I didn’t do the L.A. thing at all, but I spent a lot of time roaming the canyons, honestly, and I spent a lot of the time in the ocean. I was really just trying to tap into nature—God and beauty in general. That was probably far more of an influence on me than music stuff.

IS IT MORE HELLO, GOOD FRIEND AND DO YOU FEEL OR MORE OF MEN AND ANGELS AND LIFE WILL WRITE THE WORDS? I don’t think it’s like any of those albums. The only thing I feel like I could say it might kind of be like is some of the vocal delivery and some of the energy in Hello, Good Friend. If somebody has been listening for a while, they might be able to pick up on that, but I don’t really think this album sounds anything like any [previous album] for better or for worse. [Laughs.]

WHAT ALBUM ARE YOU MOST ANTICIPATING? I know the Cure is doing a tour. I don’t know if they’re going to have an album out. I know they’re doing their first big world tour in years, so I assume that means maybe there’s an album. That would be pretty cool, but I think I’m mostly anticipating something I’ve never heard. I know that sounds kind of crazy, but really, I’m anticipating something new that nobody’s heard yet that’s authentic and exciting. I’m definitely craving something that hasn’t been done yet.