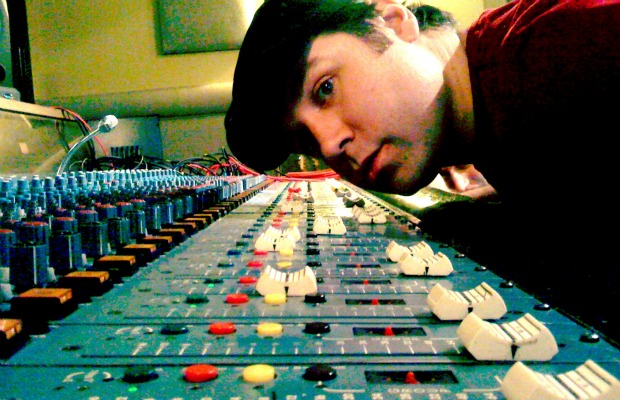 Sure, modern pop-rock pioneers the Stereo might have been dormant for the better part of the last decade, but that doesn’t mean that JAMIE WOOLFORD has been anything less than busy. Our conversation with the Stereo frontman begins with him apologizing for scheduling an interview so early in the morning as he commutes to his Tempe, Arizona, studio, Room Sound. “Honestly, this is the best time to talk to me. I’m kind of like burning the candle at both ends lately and this is like my only alone time,” he admits. Now an accomplished producer (Punchline, the A.K.A.s and the Gin Blossoms are among his recent clients), Woolford took time out of his schedule to talk with SCOTT HEISEL about how the Stereo reconvened for FBR15, what the status is with his other band, Let Go, and the type of innovation it takes to rehearse with a bandmate who is 16 hours away.

First question: The Stereo reunion—that’s pretty awesome. When did that first come to fruition?
I think I was working on the Gene The Werewolf record and I got an email from Adam [Samiljan] at Fueled By Ramen and he was basically like, “Hey, we’re doing this 15-year anniversary concert. Would you and Rory [Phillips, the other half of the Stereo’s original lineup] want to get together and do Three Hundred or whatever?” And I wrote back and I was like, “I will talk to Rory,” and I mentioned it to Rory, and Rory was totally into it. It kind of quickly turned into like, “Wait a minute, what are we going to do? Are we really going to try to play Three Hundred?” and then it just kind of dawned on us that it was going to be probably a fairly mis-executed attempt at trying to redo the record in a type of show that was—how it was laid out to us. So we’re like, “Let’s just do a kind of regular old reunion show kind of thing.” I called Chris [Serafini, bass] and we put it all together. We’re basically just doing as many Three Hundred songs as we can plus several other, we’ll call it “faves,” from the other records.

Chestnuts, if you will.

Yeah, exactly. I don’t dare use the word “hit.” There’s nothing close to a hit.

The crowd pleasers.
The crowd pleasers—yeah, there you go. Honestly, we thought it would be a nice thing, too, since Rory was only on the one record, we actually let Rory pick the entire set.

We kind of gave him the, “Look. If we don’t play ‘New Tokyo [Is Calling],’ we’ll probably get murdered. So, try to pick that one, man.” And he chuckled. Yeah, we said just go at it. The only thing we’ve had a hand in is kind of ordering it—making sure the songs that are hard for me to sing I don’t sing back to back. That kind of stuff.

So basically what you’re saying is if a fan goes to the show and doesn’t like it, it’s not your fault?
[Laughs.] I feel pretty confident in the songs we’ve picked. There’s not enough time to do a full catalog, all the favorites, kind of thing. I mean there are three other bands [on the FBR15 show] and we are very low on the totem pole, and it would be arrogant to sit up there and play forever. It’s cool that we’re reunited but we’re not like, “Fuck you and shit.” It’s not the Beatles. [We’re a] crappy Midwest pop band.

Looking at the all three nights of FBR15, I think that the night you’re on—with Gym Class Heroes, Sublime With Rome and Recover—is the most stylistically diverse night, to put it in the best possible terms. Do you feel like this is the proper place for the Stereo to do a reunion show?
Sure. Dude, the Stereo—it’s really funny to be on the other side. At the time when we were playing around in the Stereo, there wasn’t a tremendous amount of understanding of what the hell we were doing. It’s not like what we were doing was rocket science, but I remember always feeling like we sounded like we were infiltrators of the “scene,” or whatever you want to call it. I always felt like we didn’t quite fit with the bands we were playing with. We sounded too radio or we sounded too this or too that. We didn’t sound punk, we didn’t sound emo, we didn’t sound… you know what I mean? We were always something a little bit off from everybody else, so to be completely honest, this is totally right at home for us. Like, “Okay, sure, let’s play with a hip-hop band and a ska band and a real hardcore band.” That sounds no different than the year 2000 for us.

That’s true; there were many shows I saw you guys at where there was a bizarre lineup of seven or eight bands. I think I saw you guys with the Kills once, which was Alison Mosshart from Discount, and now she is in the Dead Weather.
Yeah, there’s all kinds of—I think it was MACRoCk, we were sandwiched in between Discount and Alkaline Trio, which I’m just like, “We are the weirdest buffer band ever for those two bands.” I mean yeah, they’re all rock bands, they all have guitars, too, whatever. I’ve always had kind of a bizarre—I shouldn’t say bizarre, but a slightly left-of-center perspective of what we actually were. I don’t listen to a ton of bands that sound anything like us, especially these days—I listen to Dolly Parton and Aimee Mann. In comparison to what the kind of music we play, I’ve always listened to very strange music, so bands that would listen to Stereo might think we’re this thing or that thing. I’ve always thought we were kind of like a pop-rock group.

This is the first time you’ve played with Rory in a decade or maybe longer. What was the last show with Rory?
Well the last full show was probably maybe early 2000. The dates game I’m really bad at, but I’d say probably early 2000.

So at this point, at least a decade has passed since you two have played together?
Oh yeah, easily.

People always thought “Oh, there’s bad blood between Jamie and Rory,” because Three Hundred came out and the band only lasted for a few months in that formation. Is there any level of animosity between the two of you at this point, or is that so far past, it’s under the bridge?
You know it’s funny, because I’ve been talking to Rory a bunch lately. We’re getting along so unbelievably well right now, I think we both probably feel a little embarrassed, stupid about the whole thing. I mean, it’s remarkable. Every time we talk it seems to go for at least 45 minutes to an hour and we’re like—it always ends up at some point we start complimenting each other on each other’s music. So it’s kind of funny, it’s this really dumb kind of, “I haven’t seen you in a while. Aren’t we so great?” If you saw it, you might vomit. It’s really nice.

The whole thing right now, the whole Stereo environment—it never felt like this, ever. It always just caked-on drama, and right now it’s like the warmest, most friendly, most positive, most exciting thing that’s happened, especially to the Stereo, in a long time for me. I’m just having a blast; it’s been really fun practicing. Like, I hate to practice, because I just think people don’t practice the way they play a show. Whenever we do a practice, I want to play it like we do it. All the bands I’ve ever been in, it always seemed kind of like a chore, but this has been really, really exciting—and in my opinion, we are sounding already better than we have ever sounded. A lot of that is just the fact that we’re older and better now; we’ve all gotten better over the years. If you’ve stood to do something this long, if you don’t get better at some point, come on.

Our drummer Sam [Hardwig], the guy that’s kind of playing in my solo band, he is drumming for us and he is just so unbelievably fantastic, you have to fight to not sound good playing with a drummer like that. He makes it so easy, and we are sounding—we’ll finish a song and Chris and I will look at each other just like, “I don’t know if that’s ever sounded better. What the hell? Where was this seven years ago?” We’re thrilled; we’re just super-excited.

So are you rehearsing with Rory or just the three of you are rehearsing and then you’ll get together with him later?
We are technically rehearsing with Rory. He is not physically present at our rehearsals. It’s very strange what we’re doing. This idea came up and we’re going to do this [reunion] and it’s like, “Okay, cool.” And then it dawns on you: “How the hell are we going to do it?” It’s not like we’re an operating band that we’re just adding a dude or whatever—everyone needs to kind of go back to the drawing board here. So I kind of created what I call the “pre-production demo,” and once we picked out the songs, I went through and made a Pro-Tools session, and I put everyone’s parts in it—drum machines, fake guitars and crappy vocals. I just took on the musical director mode of it all and said, “Here’s what everyone needs to be doing,” because there was a lot of stuff that’s on the record that isn’t how we play it live exactly, so we needed to factor some of those things in. Getting Sam to learn verbatim the record is a mistake, because we don’t do it that way.

So I sent that to Rory, and he’s about halfway done replacing the parts that I’ve put in there; he’s recording them onto this Pro-Tools session and then he sends the files back and in our practice space we’re feeding his tracks to an amp and to the PA. So we’ll play Three Hundred, and his vocals are coming out of a PA, but it’s all pre-recorded. Essentially, this is the only way we can actually rehearse and work on harmonies with Rory. He’s expecting his first child, him and his wife, in October, and understandably he’s trying to save up all his days off, his vacation time and stuff so when the baby’s born, he can go do that sort of stuff. One of the big stipulations doing the show was that Rory couldn’t come to Phoenix and couldn’t really give a lot of time over to do the rehearsals, so this is our solution to that.