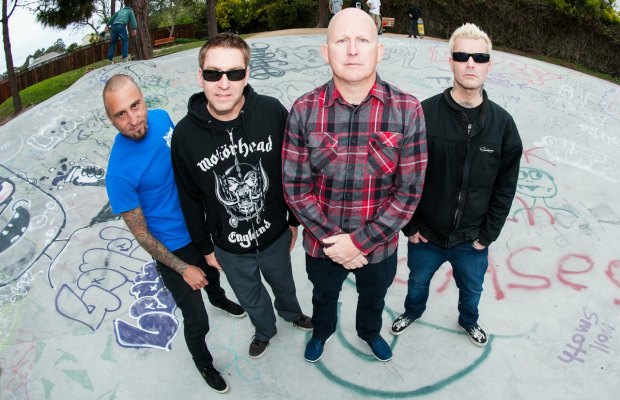 In this week's AltPress Op-Ed, Good Riddance vocalist Russ Rankin (pictured right) shares his thoughts on the health care debate in the U.S.

The subject of health care in the United States has been volatile and divisive for years, culminating in October’s government shutdown promulgated by republicans in the House of Representatives, in opposition to the Affordable Care Act. The ACA, President Obama’s sweeping legislation designed to make health care more accessible, may be misguided and deeply flawed, but it is the law. The fact that the GOP would successfully shut down the U.S. government in protest of a bill designed to help people shows how broken the system is and how deep national division remains over America’s for-profit health care system.

The United States is the only western, industrialized democracy that does not use some form of single-payer health care, a system wherein one government organization covers the cost of health care, rather than numerous health care organizations. Single-payer is subsidized by tax revenue and is overseen by a single government agency. There are no providers or HMOs and no co-pays. Americans have come to accept this method of delivery, and many have inexplicably defended it.

Perhaps these Americans are not aware of what single-payer does or how affective it is. According to the American Journal of Public Health, each year 45,000 Americans die due to inadequate health care, and 65 percent of all bankruptcies in the U.S. are a result of health care costs. Insurance is a scam, and people are still dying and going broke while trying to afford it. In a devastated, third-world country, one could make a causal debate that the country lacks the resources or infrastructure to do any better, but what about in the U.S.?

In 2012, the United States defense budget was more than $660 billion. That year, thousands died without access to adequate health care and thousands more went broke due to medical costs. It is a tragic reflection of America’s backward values system and a testament to the health insurance industry’s successful public relations campaign that almost nobody is talking about these numbers. Instead, the insurance industry has been able to convince Americans that a government which provides free access to health care is tyrannical, socialist and inherently evil. The saddest part of all is that so many Americans believe it.

Now these people are protesting in the streets, fighting for their right to overpay for or be denied health care. It seems incredible, but it is happening. Some are people who rely on right-wing media for their entire world view, others are self-described Libertarians, aghast at the mere proposition of their hard-earned dollars going to help anybody else. Either way, the logic does not add up. One of the primary drivers of the cost of health care, even for those of us who are fortunate enough to have access, is the uninsured. When people without health insurance show up at an emergency room and receive care, we all pick up the cost through higher premiums and co-pays.

A single-payer system would not only cover every American, it would end up costing less money than the current model. Even when the ACA is fully implemented, it will still be little more than a streamlined version of the broken system it is replacing. It will continue to pump money into the coffers of greedy insurance companies, rather than the providers directly, and it will prove unaffordable to large groups of Americans. When President Obama was drafting ACA legislation, he invited health care professionals to assist him, but he failed to contact anyone from the single-payer lobby.

At best, the ACA is a step in the right direction, but after spending so much time and money to draft and implement it, it will ultimately prove to be much ado about nothing. Adequate health care will remain out of reach for many Americans, and those who are able to afford it will find themselves lost in the for-profit bureaucracy. It is tragic that a health care system which would cover every American while costing less was never discussed. Those who advocate for a single-payer system believe health care ought to be a right, not a privilege.