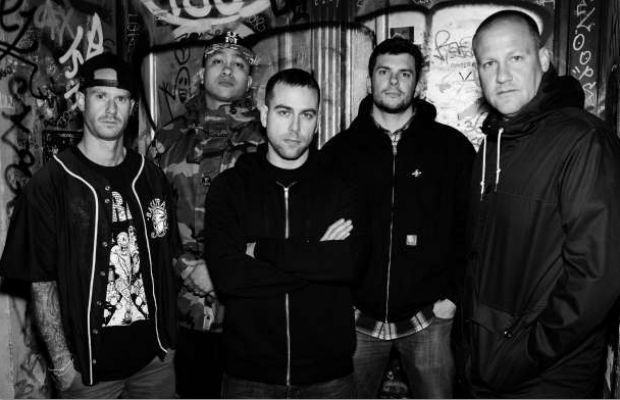 Scott Vogel of Terror picked his top ten hardcore albums of all time to share with AP readers.

3. NEW YORK CITY HARDCORE: THE WAY IT IS compilation, 1988 (Download this: Side By Side “The Time Is Now”)
In the midst of the whole youth crew movement, Revelation Records released a comp that features an amazing lineup of bands centered around the New York hardcore scene. Bold, Youth Of Today, Side By Side and Supertouch were some of my favorites at the time, and this comp was a summary of some of the coolest bands in NYC in the late ‘80s.

4. GORILLA BISCUITS: Start Today, 1989 (Download this: “Time Flies”)
Gorilla Biscuits took a bit of a different approach from a lot of the tougher, dirtier things coming out in this period, and I–and many others–loved it. The music was fun, the lyrics were very simple and down to earth, and it had melody and singing. Start Today will always be one of my all-time favorites.

5. INTEGRITY: Those Who Fear Tomorrow, 1991 (Download this: “Wings Tear”)
When this record dropped, the entire sound in the hardcore scene got darker and more metal. Cleveland hardcore has an amazing history and this record, for me, is a Clevo masterpiece. The lyrics, the art and the sound was all pointed in an artistic and evil direction that was very fresh.

6. QUICKSAND: Slip, 1993 (Download this: “Omission”)
Quicksand’s first album was another game-changer. The lineup was all people that grew up in the New York hardcore scene, but this record really pushed the limits. They expanded their sound and songwriting and were not afraid to break down any walls of what was expected of a hardcore band.

7. MADBALL: Set It Off, 1994
From start to finish, this LP is pure hardcore reality. Every song has musical power and lyrics that make you feel their pain. This was a strong street-level approach to hardcore that many kids related to whether they were in NYC or a small town in the middle of America. The image of a child with a gun on the cover let you know what you were in for and this record never lets up.

8. HATEBREED: Satisfaction Is The Death Of Desire, 1997 (Download this: “Worlds Apart”)
This may be one of the heaviest and hardest hitting releases I have ever heard. The songs are short and to the point. There is no bullshit or filler. They are all anthems in their own right and this was Hatebreed’s first album that set them off and running to global takeover.

9. NO WARNING: Ill Blood , 2002 (Download this: “Answer The Call”)
Sometimes you get a little burnt out on hardcore and things feel stale. Then you get an album like Ill Blood and become totally reenergized on hardcore. You feel the spirit and pull the same string that you felt when you first found this amazing movement. Five kids from Canada made a classic.

10. TRAPPED UNDER ICE: Secrets Of The World, 2009 (Download this: “Believe”)
After putting out an amazing EP, Trapped Under Ice dropped an LP that was next level.  I always thought there was something special about this band, but with this release they cemented it in my mind. Hard-hitting riffs molded with really strong songwriting and lyrics that spoke to you. This record still gets tons of play from me.