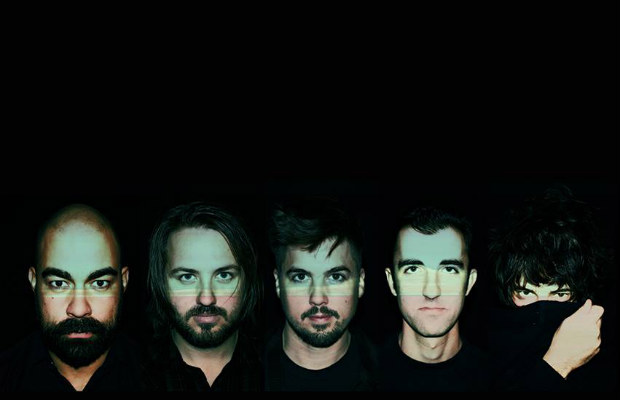 Post-harcore quintet Finch burst onto the scene in 2002 with the incendiary What It Is To Burn. But following the commercial disappointment of 2005’s Say Hello To Sunshine, the band floundered through a series of breakups and makeups with little to show for their troubles. Having reconvened last February to celebrate the 10th anniversary of their breakthrough album, it seems like the band members have finally put the past behind them. We chatted with guitar player Alex “Grizzly” Linares about the band’s upcoming live CD/DVD What It Is To Burn X and what the future might hold for a reunited Finch.

2013 was a really busy year for Finch, the busiest in a long time. How did it feel to stretch out those road muscles again? Did it come back pretty naturally, or did it take some work?
ALEX LINARES: Jeez, man, I’m so old! It took a second! I have to do, like, 45 minutes of stretching before a show nowadays. If you ever hang out backstage at a Finch show, the hours before the show there’s lots of drinking; the last hour before stage time, there’s lots of stretching. We all huddle around and start stretching our necks out and stuff. It’s going to be really comical if we ever get Coldplay-style huge, and we all start traveling with yoga teachers and chiropractors and stuff.

So why now? Why, after these last couple years off, was it time to pick up and continue on with Finch? Was it just because of the 10 year anniversary of What It Is To Burn, or was there more to it than that?
That’s what cracked the door open, for sure. We got a call from our old manager, like, “What do you think about doing one show?” And I was like, “I don’t know, it’s a lot of trouble for one show. But all right, I’ll do it for two shows! Let’s do a California show, and let’s do a London show. I want to go on vacation to England one more time!” So we got it set up, and then it just kind of took over.

Was documenting the tour for the DVD always part of the plan, or was that something that just developed naturally?
That evolved because of our good friend Russ Hubley, who was sort of the manager of this project. He had the idea, so he contacted us and–we’ve known him for years–he was like “what do you think about shooting it? We can do it for not a whole lot of money but make something that’s really cool for the fans, and it’ll be cool for you guys to show your kids in 30 years.” I’m not sure how much we’re going to include of this, but he came with us to Europe and got a lot of extra footage. I’m not sure if it’s going to be on this DVD release, or maybe something later down the road, but there’s a lot of cool fly-on-the-wall stuff.

What exactly does the What It Is To Burn X CD/DVD include?
It’s for sure the entire show. A lot of the bonus stuff that we’re planning should be pretty cool. There are going to be guitar lessons–Randy [Strohmeyer] and I showing how to play “What It Is To Burn” and maybe a couple other songs on guitar, which will be terrifying, because it’s going to give away the secret that we’re both awful guitar players! We’ve been such a well-kept secret for so many years, and now we’re just going to let it out of the bag, which is unfortunate. >>>