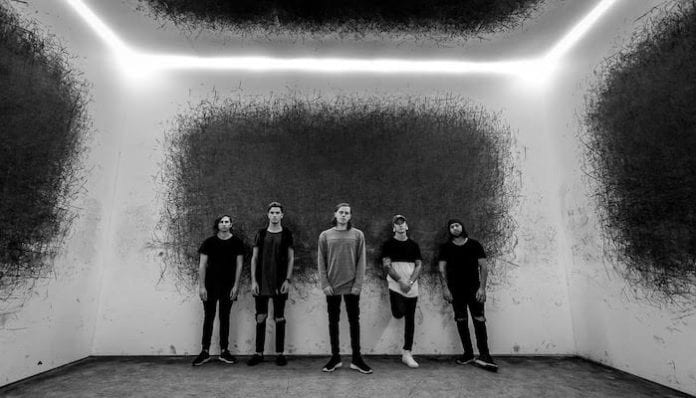 Metalcore act Thousand Below are releasing a new, emotional video for their track “Vein,” which works to explore the different sides of drug abuse.

The track is extremely personal to frontman James DeBerg as it chronicles a life-changing moment he experienced firsthand.

“The track ‘Vein’ is the one song on the record that focuses mainly on the coping mechanism of drug abuse in my own life as well as how it affected and even defeated many people close to me,” DeBerg says. “Ketamine drug abuse is ultimately what led to the suicide of my best friend.”

Read more: “It gets bad before it gets better:” 5SOS’s Michael Clifford on mental health

DeBerg believes ketamine, Xanax and painkillers are a toxic epidemic that has hold of many young people. After seeing this with his own eyes, he penned the track to express his frustrations.

“Not only did drug abuse lead to the loss of my friend and harm my own life to a certain degree, but my girlfriend who was living with me at the exact time of the loss relapsed on heroin as a reaction to the suicide,” he says. “[She] immediately fell out of my life that very month, which only led to the weight on my shoulders that was drug abuse affecting my loved ones.”

The autobiographical nature of the track is heard as DeBerg sings, “I lost my friend, myself and my lover.” While overall it’s a high-energy metalcore tune, he wants to make sure the message is clear as it’s certainly an important one.

“I really wanted the intensity and honesty of this song to help to do our part of continuing the current-day dialogue about drug abuse in modern society and its ongoing connection with depression, anxiety and mental illness,” he explains. “I, among many people, have had my own battle with drug abuse.”

“I’ve seen too many people close to me succumb to and be consumed by a wide variety of drug abuse,” he continues. “From things that have been known to society for a long time such as heroin [and] opiates, to things like Xanax and ketamine, which have only just recently come into the public light as a huge problem.”

DeBerg points to high-profile cases such as Lil Peep as a catalyst to opening the world’s eyes to the increasing problem.

“More of these harmful drugs are being known to people as time goes on,” he says. “Things like fentanyl being mixed with other prescription drugs on the streets killing iconic artists like Lil Peep and affecting tons of other people around the world shows that this problem is growing at an alarming rate and needs to be constantly discussed and focused on.”

The takeaway from the track and the accompanying video is that you’re not alone, which DeBerg wants to make crystal clear.

“I wanted to show that all types of people battle with this, and it’s a very common thing to struggle with in this current day,” he says. “Everyday people such as myself and even famous people that we look up to battle these things on a constant basis. You’re never alone, and there’s always a light at the end of the tunnel with these things—you just need to reach out and find it.”

“Vein” is taken from Thousand Below’s latest, The Love You Let Too Close, which is available now via Rise Records.

Thousand Below will be on tour with Blessthefall this fall, and dates can be viewed below. 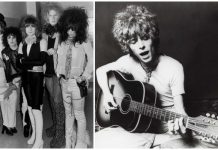