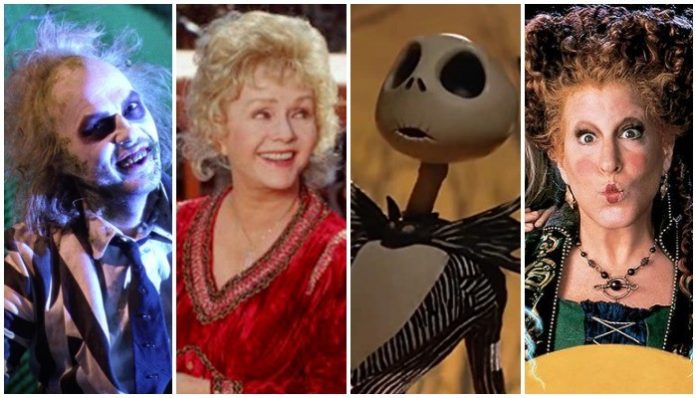 While some people are mourning the end of summer, we couldn’t be more excited to partake in any and every Halloween-related activity that fall has to offer. When the weather starts getting cool, nothing beats staying inside to gorge on a bunch of snacks and binge-watch movies all night long.

And around this time of year, there are countless throwback movies that get us into the spooky spirit. With so many options to choose from, we thought we’d help you get started by picking out which throwback Halloween classic you need to watch tonight based on your zodiac sign. You can find out which film you should see below.

Aquarians are quirky dreamers, so this film about an unusual love story, which also happens to be extremely aesthetically pleasing, is just what the doctor ordered. This sign can be a little unique, just like the main character of Edward Scissorhands, so they can definitely relate.

Pisces are the exact sign who’d accidentally conjure up Betelgeuse in an attempt to do something else. Because they have such a go-with-the-flow attitude, they’d probably be fine if they ended up cohabitating in a house with him. Therefore, this is the classic Pisces need to start with.

Aries are known for their optimism, and they have a hunger and curiosity that seems like it will never be fulfilled. If you put an Aries in Halloweentown, they’d be able to spend hours exploring and trying to answer their questions about the strange universe. Kick off the Halloween season by watching Halloweentown to fuel your wonder.

Tauruses love to chill out, and this creepy Tim Burton film is the opposite of action-packed. Corpse Bride is a work that you can appreciate not only for the beautiful story but for the artistic elements as well, which is way up a Taurus’ alley. A quintessential Taurus would start off by watching this and end up having an impromptu Burton movie marathon.

Geminis have the reputation of having two sides, or personalities, much like these twin sisters. One sister is outgoing and loves to party, while the other is reserved, which pretty much mirrors the introverted-extrovert personality that Geminis usually embody.

For Cancers, nothing is more important than family. They value home life and are known for being nurturing, so this movie about a family having a spooky experience in a haunted home is perfect for them. Knowing Cancers, they’ll end up watching The Haunted Mansion with whoever they live with anyway, so it’s fitting for a family movie night.

Leos are the most over-the-top zodiac sign, and no movie is more extra than Rocky Horror. A Leo will not just sit on the couch and watch this musical—they’ll probably dress up and scream at the TV set as if they were at a live performance, and who can really blame them?

An innocent Virgo won’t be able to get enough of this heartfelt Halloween film, which will probably end up making them cry. Virgos are down-to-earth with hearts of gold, so the wholesome Casper is a perfect match.

Libra – The Nightmare Before Christmas

For a playful Libra, there’s no better film to get them pumped up for Halloween than this classic. Libras are artsy and have a huge imagination, which The Nightmare Before Christmas totally taps into. They also tend to love music, so a true Libra will be singing along to every song while watching this movie.

Scorpios are lowkey the most powerful signs of the zodiac. They have a magical sense about them and are good at getting people to do what they want. They also aren’t afraid of revenge, which is basically the entire plot of Hocus Pocus. Scorpios will feel inspired after watching this movie to be the most magical, badass version of themselves this Halloween season.

Sagittariuses are also a very mystical sign of the zodiac, and there are definitely plenty of them who have messed around with spells before. This sign is all about adventure, so this story of a pair of witches breaking a family curse would be exactly something that you’d get yourself into.

Who you gonna call to get things done? Capricorns, always. They’re the ghostbusters of the zodiac, so there’s no better film to get them pumped up to do big things this Halloween, such as go all out on their costume or master a dozen fall-themed recipes before October even starts.