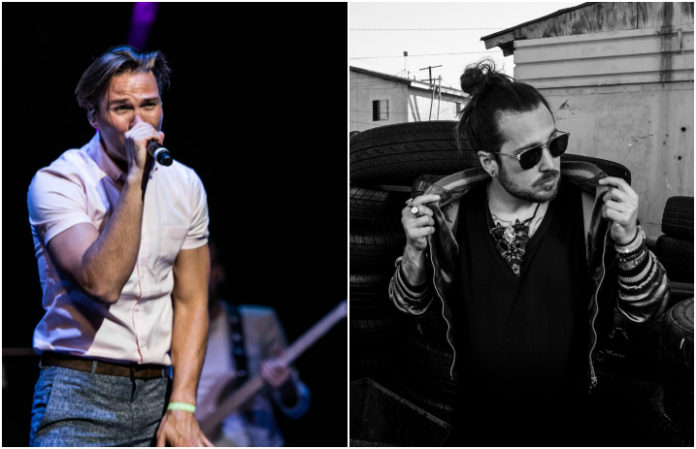 Tilian Pearson of Dance Gavin Dance has teamed up with electronic music producer STéLOUSE in their genre-blending track “Bones” and are premiering the new song exclusively with Alternative Press.

Listen to “Bones” below:

STéLOUSE is known for rejecting narrow definitions of his music (his social media accounts proudly declare #genrekiller.), and this collaboration is a testament to supporting that experimentation. STéLOUSE says working with an artist in the alternative scene is something he’s been looking to do for some time.

“As a producer who came from a background of performing in bands myself and recently bringing that full circle again, I've had this vision about doing something with an artist from the alternative/rock world for a while,” STéLOUSE says. “So I was ecstatic when [I was] approached with the prospect of producing a song with Tilian of Dance Gavin Dance on the vocals. Creating 'Bones' immediately felt right as I believe it showcases both our strengths as artists and retains that integrity and honesty, as well.”

Check out the artwork for the song below:

Don’t forget to follow STéLOUSE and Tilian Pearson on their social media accounts. And you can catch STéLOUSE on tour on the following dates — with a full band setup (which is completely untraditional for a typical electronic music artist!):

What do you think of collab? Let us know in the comments below!

Watch more: DANCE GAVIN DANCE perform “BETRAYED BY THE GAME” at the 2017 APMAs