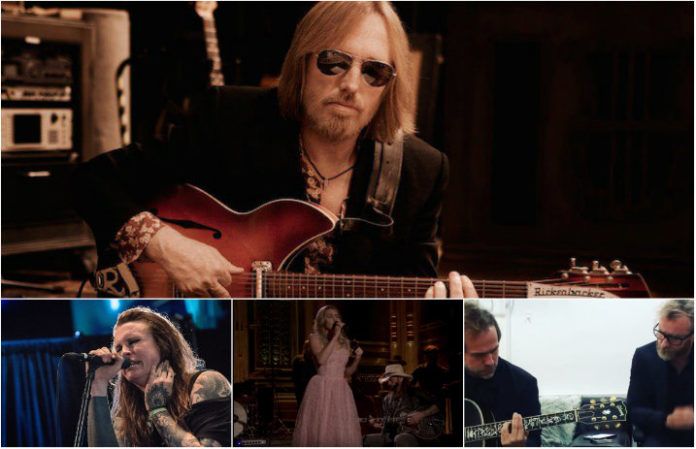 Tom Petty inspired and entertained millions of fans around the world over his nearly five-decade career in music, which is why it's no surprise that so many musicians have come out to honor the man with some emotional covers.

Watch how the music world said goodbye to Tom Petty through his music below.

UPDATE: The Killers cover “American Girl” and “The Waiting”

The Killers covered two Tom Petty songs at Austin City Limits festival. “It was just like somebody stabbed you in the heart when you heard that he had died,” Brandon Flowers told the crowd before his performance of “The Waiting,” expressing his appreciation for Petty and his influence.

Against Me! cover “Runnin' Down a Dream”:

Before Against Me! covered Tom Petty's classic “Runnin' Down A Dream” in Cleveland, Ohio on Oct. 4, Laura Jane Grace spoke about the influence that Petty had on her all the way back to when she was a child.

Cloakroom cover “You Don't Know How It Feels”:

Miley provided the country-inspired vocals while her father provided the guitar track as the two covered “Wildflowers” on The Tonight Show Starring Jimmy Fallon. Miley had also covered the same song earlier that day on Howard Stern's radio show.

Miley chose the song because it's “hopeful rather than mourning.”

After remembering Petty with a minute of silence, Coldplay performed “Free Fallin'” with R.E.M.'s Peter Buck.