Plenty of thought goes into the images plastered across album covers, even if they don’t have the same relevance in the digital age. Now, artists can focus on making the right statement and summing up their music with the visuals. These records could belong in any top 10 list, but the ability to see them yourself makes them extra interesting.

While most album artistry duties end up in the hands of those who can draw, some acts prefer to seek out the world’s beauty to sum up their tunes. For fans, this is a great opportunity to stand where they stood and breathe in a piece of music history. Below are 10 examples of album covers you can see with your own eyes, if you can find them. Warning: They might be harder to locate than that one record from the Beatles.

I live at the american football House. This is what my girlfriend and I have done with the porch! from r/Emo

Of course the emo mecca has to lead this top 10 list. Believe it or not, it’s actually registered as a tourist attraction. Despite the slew of photos in front of the American Football house, there really isn’t much special about the building itself. Located near the University of Illinois Urbana-Champaign campus, it goes up for rent every now and again to students who probably have no clue of its significance. A Reddit user shared his experience living there a while back, and yes, random people show up for photo ops.

What initially seems like a clever-yet-selective Easter egg for airborne fans holds much more significance for Show Me The Body and their following. After showcasing the three coffins logo to be adorned on their new record, the band sicced their fanbase on the innocent blank walls of the world in a Fairey-esque street art campaign. For those who are interested in the process of slapping three humongous hexagons on a New York City roof, the band gave some insight with their video for “Forks And Knives.”

We’re not sure what the correlation is between amazing emo albums and monotonous suburban homes, but that’s a matter for a more in-depth exposé. The Hotelier took a page out of AF’s book with the release of their 2014 insta-classic Home, Like Noplace Is There along with some custom paintwork. While we know the cover art sits somewhere in the band’s home state of Massachusetts, the few fans (like the ones above) who have discovered its coordinates have been urged to “keep the secret.”

Seeing baby-faced Ian MacKaye is worth the price of admission alone with this cover, but seeing a band who jump-started a genre kicking it on the porch like the rest of us is pretty cool too. Taken at Dischord House, the former HQ of Dischord Records, that front door has seen many underground icons enter and leave. Despite the temptation to recreate Salad Days with your own band, Dischord discourages unannounced visitors despite MacKaye still keeping an office at the original location. If you’re Googling the address anyway, the one listed isn’t correct. According to the label’s website, the Beecher Street address is the Minor Threat and Fugazi vocalist’s parents’ home. Don’t be that person.

5. The Wonder Years – Suburbia I’ve Given You All And Now I’m Nothing

We suppose middle-class neighborhoods just come with the sad song territory. The Wonder Years gave their own unique view of the neighborhood with Suburbia I’ve Given You All And Now I’m Nothing. Featuring the band’s favorite pigeon and merch star Hank on his rooftop perch, the art showcases a presumed Philadelphia neighborhood covered in snow (and later without the snow for the deluxe edition). Surprisingly, fans haven’t donned their own bird getups and made an attempt at recreation to our knowledge. Sad news for us, but wonderful news for the unassuming family who most likely inhabits the home now.

The late Elliott Smith unknowingly turned some everyday Los Angeles street art into an unofficial music landmark after employing it as a backdrop for Figure 8. We’re not sure if the art was erected specially for the cover or if Smith simply enjoyed the swooping graffiti, but the image of the legendary troubadour remains burned into fans’ heads forever. Sadly, the wall is no longer in the condition it was in 2000. An unknowing (or perhaps uncaring) gastropub decided to punch out a substantial hole in the mural for an entrance. Maybe they didn’t know it was one of the most iconic pieces of street art to millions of music fans. However, ignorance doesn’t equal innocence in this case. 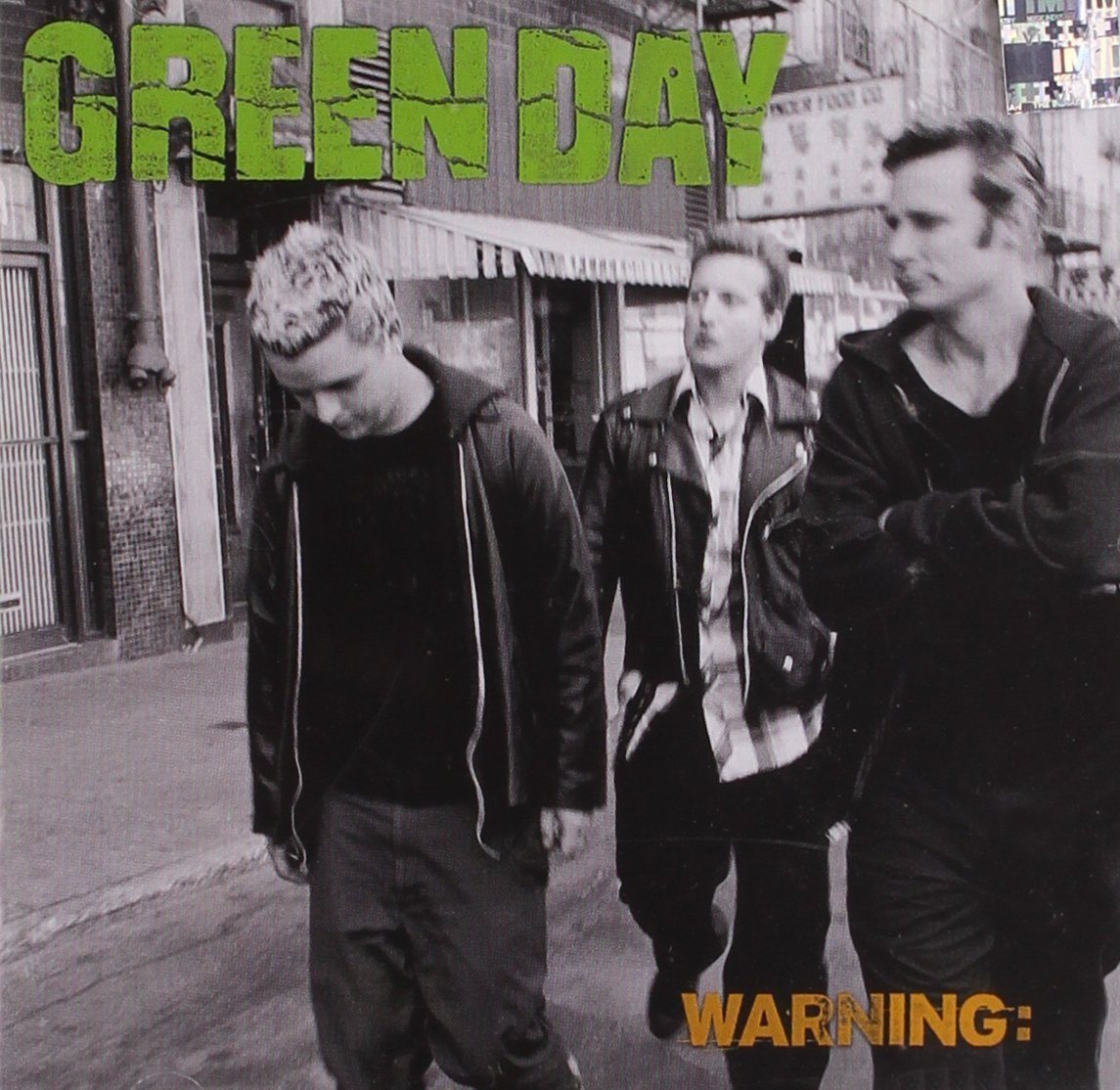 Green Day are seen casually strolling through San Francisco’s Chinatown neighborhood for the art of their sixth LP. While they didn’t know it at the time, the band provided one of the easier locations on our list. It’s a spot where you’re less likely to bother the current residents with your album recreations. Even if it doesn’t carry iconic artwork such as Dookie or American Idiot, Warning remains the only record in the band’s discography that you can go scope out for yourself.

Read more: 20 of the most interesting illustrated album covers

8. The Menzingers – After The Party 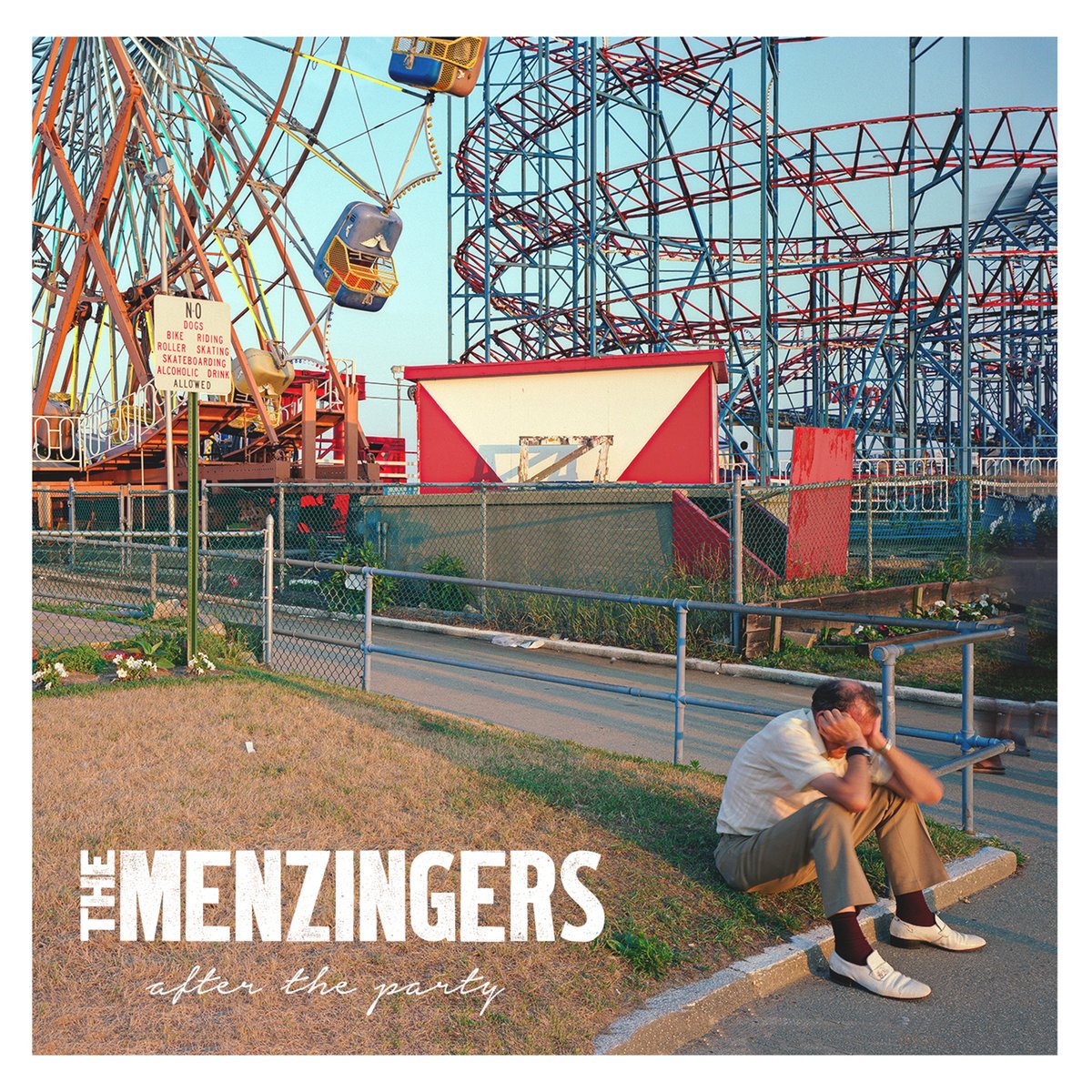 Despite popular belief (us included), that isn’t one of the Menzingers’ band members shown distraught outside a brightly themed amusement park. Instead, the band used one of the many vintage shots from photographer Joe Maloney’s journey through New Jersey in the 1980s. Dubbed White Shoes, the cover now holds the hearts of music fans just as tightly as photographers.

The beauty of The Finer Things cover art goes to show the creative flair that State Champs bring, even past the music. Who would think a random Albany street would make good cover art? Color us impressed, as the cover has become a must-see for pop-punk fans of all kinds. A crafty boyfriend even elevated his wedding proposal with some help from Hudson and Lark.

The warm-blooded surf punks of FIDLAR opted for an extremely literal approach to their latest album photo. The first track, “Get Off My Rock,” is a anti-gentrification anthem for frontman Zac Carper’s beloved Hawaii, but also lines up nicely with the graffitied boulder. The location of this beachside Easter egg (or rock) is still unknown to us. However, we are positive of its existence thanks to the background image of the band’s tour page. Just make sure if you do happen to find yourself atop the colorful stone, remember the lead track.