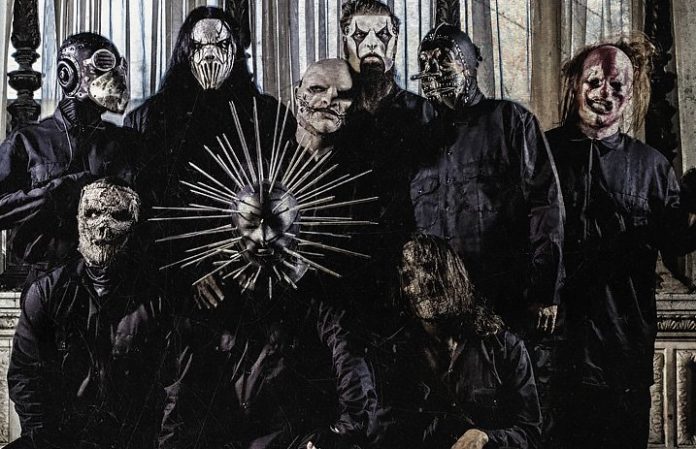 Nü metal has been dressing kids in baggy Dickies and chunky skate shoes for decades and is also a proud sponsor of the labret piercing. The scene has had its ups and downs, but there are bands that prospered which are worth remembering over those that perished.

We put together a countdown of the 10 best nü metal bands who made some kickass music without completely ripping off another band.

A.K.A the other Slipknot. Mushroomhead was a conglomerate of mask-wearing headbangers who took the scene by storm. Their ghoulish gimmick just made the cut on our list.

The “Latin Hardcore” group. If you played Guitar Hero, you know Ill Niño, and  if you grew up in the 2000s, then you definitely played Guitar Hero. I’m pretty sure every member had dreadlocks. Okay, maybe three out of five.

Sevendust are nü metal sleepers. The first time I came across Sevendust was through a drum magazine that featured Morgan Rose whose signature stick has a stick-figure alien on it and two “butt” ends. Now that’s nü metal as f**k.

Ah, the good ol’ Chevrolet. Pop a can of Blue Ribbon in the back and listen to some Cream—no driving though! Just kidding, we’re talking about the heavy chart-toppers of the early 2000s. Chevelle was another band that probably didn’t get the credit they deserved. Their hits are instantly recognizable. Just listen for yourself.

Don’t think I need to do too much explaining here. Vocalist David Draiman looks like a mix between Phil Collins, Howie Mandel and some neo-sword-fighting character. The album art to The Sickness is literally disturbing. Disturbed have been making us want to punch people for quite some time now, and they’re still kicking, making them nü metal trailblazers.

Alright, the top five. To start us off, Limp Bizkit. These guys were crucial in the whole metal/rap movement. It’s clearly indicated by the changing of “s-c-u” in “biscuit” to “z-k,” that these guys were going to change the game. Fred Durst has practically become his own entity. For years of rhymes and rage, thanks Limp Bizkit.

A personal favorite. These California skater-dudes might be the only thing more West Coast than Tupac. Now, I know we’re going to get a lot of heat for putting P.O.D so high up on the list, but P.O.D came onto the scene unprocessed and unique. Their sound was gently greased with a something strong besides typical “chugging” guitars and for that, they’ve landed fourth on our list.

How could we forget about the masked masterminds? I had a hard time deciding if they should make the list or not. These guys aren’t just some nü metal band with a few hits—Slipknot sells out arenas, tour with Lamb Of God and have a festival named after them. But then I listened to “Spit It Out” again and realized I’d probably get a jab to the nose for not including them. They’re in the top three.

The first time I heard the Deftones I couldn’t believe I hadn’t been listening them to forever. I actually have a very strange memory of encountering Deftones when I was much, much younger involving the Bronx Zoo and a cute (older) chick standing next to me in the World of Reptiles. Deftones have found a way to flourish in an arguably forged scene. Their progression as a band has been amazing and thankfully, it’s just the beginning.

Yup, Linkin Park is at number one. Why, you ask? Because their first two albums melded heavy metal and hip hop in an ingenious way. It was actually rap and it was actually metal—and they were damn good at both. Obviously, Linkin Park has gone in a different direction musically since those early albums, but their nü metal days were certainly ones for the books. If you don’t at least get a little amped when you hear the guitars in “Papercut,” then, well, nothing because we know you are already amped just thinking about it.