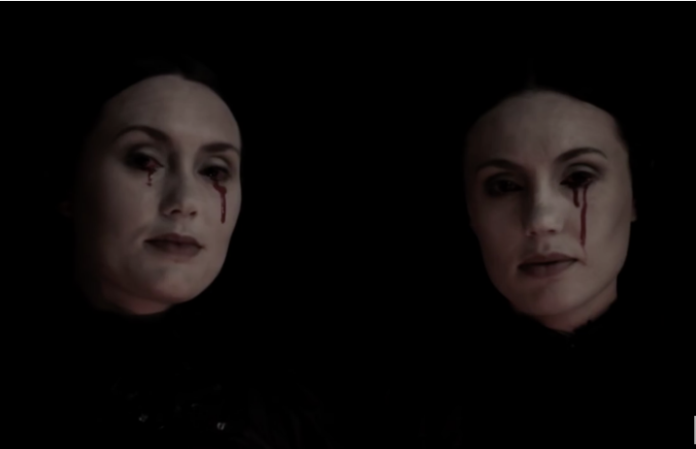 It’s October, and that means pumpkin coffee, costumes, candy and getting creeped the hell out! Just like horror movies, a good horror-filled song can be well-crafted into hitting the right points in us—and by that, I mean a good scream. Whether it’s their instrumental atmosphere or lyrical content, here are 10 songs to send chills down your spine and make you want to sleep with the lights on.

Certainly not the heaviest song on the list, but creepy enough to kick it off. Not only does the combination of ambient nature sounds, strings and vocals make for a ghostly track, but this music video is eerie as hell. It’s subtle uneasiness lingers like a haunting lullaby.

When thinking of horror, we can’t forget about that little cozy place down south of heaven (high five if you get the joke). But really, “Altar of Sacrifice,” off the thrash album Reign In Blood, is a classic as far as songs discussing the tortures to come in the underworld, and it played a huge role in why so many parents feared their young ones listening to heavy metal.

8. The Black Dahlia Murder – “Den Of The Picquerist”

Piquerism is the act of penetrating the skin, and if the idea of needles or anything sharp going near skin freaks you out, so will this song. These melodic death metal giants have been slayin’ the game for quite some time, and with “Den Of The Picquerist,” their constant chugging and nerve-wracking instrumentals make for one hell of a panic attack.

From the very first second, this song feels like a descent into a hellish nightmare. With high sonic energy in instrumentals and vocals, the wails and screams are reminiscent of souls left to wander in the darkness.

This goddess of darkness is one of the greatest things to come out of black metal, and absolutely deserves to be recognized for her talent (and ghostly thick atmosphere). While Myrkur provides a variety of vocal ranges, “Hævnen” is seeped in witchery and magic.