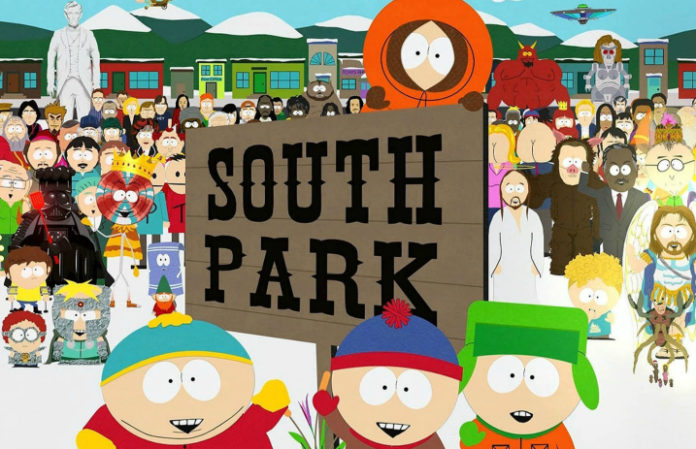 Season 20 of South Park didn’t even try to ease into the chaos—they went full throttle within minutes. But let’s take a minute and let that sit: 20 seasons! That’s pretty incredible. For all the years it has been around, South Park has been making us bust a gut and bawl our eyes out. But for all its gross humor, South Park also is an incredibly clever show; always finding a way to take what is current and flip it onto its head. We compiled a list of the top 10 episodes (in no particular order), where the show really hit hard with either current events or some good ol’ poking fun at society.

“Stunning And Brave”: The first episode of season 19 kicked off with one of the town’s newest additions: PC Principal. From here, the town went into chaos as people took sides in who was PC, with the boys trying to hold on without getting detention. The writers at South Park know that PC culture isn’t just becoming more dominant within our news outlets, but is also being treated like a trend. Just make sure to check your micro-aggressions, bro.

Raising the Bar: Honey Boo Boo, Michelle Obama, James Cameron and rascal scooters. America in particular has an obsession with degrading and simple-minded television, and while the boys watch Honey Boo Boo and Cartman duke it out, it is up to… “James Cameron! The Bravest Pioneer! No budge too steep! No sea too deep! Who’s that? It’s him! James Cameron!”

“Margaritaville”: We must respect the economy, for it is a merciful god that will forgive us if we stop spending (but to hell with that—I need the new Red Dead Redemption for PS4). When South Park gets hit by the collapsing economy, Randy takes the reins and tries to ease the worries of the folks in town. While all that is happening, Stan goes from door to door, eventually making his way to the government, in a hilarious attempt to demonstrate to the viewer a face value idea of trickle-down economics.

“Over Logging”: We all know everything would go to hell with no internet. No Spotify so you can jam out to your Gorgoroth, no Netflix so you can binge watch that glorious new season of Black Mirror and no way to tweet about either one of those things! When the world loses the internet, Stan’s family packs up and moves out West for any bit of internet they can find. It’s a funny—but perhaps honest—imagining of the ridiculous reaction we would have if we lost the internet.

“Cartoon Wars 1 & 2”: Okay, before you all go to hell slamming that little angry emoji on Facebook: We know this is two episodes, but it’s one story.  When Family Guy ignites conflict between the states and the Middle East, Cartman and Kyle go on a journey to try and convince the producers of the show otherwise; that is, until Kyle has a change of heart and learns what is truly at stake. Censorship has been an issue for as long as we can remember. As time goes on, we witness it in our news outlets, or even in our ability to be ourselves for fear of how others may judge. There is the difference between being a jerk and making a joke (while there is a fine line), but could you imagine if a situation like these episodes happened? Gone would be Family Guy, The Simpsons and even South Park.

“Trapped In The Closet”: Stan learns that he is the returning prophet of Scientology, and Tom Cruise locks himself in the closet. South Park taken its jabs at religion from time to time, but nowhere else has it gone so full-blown out-there to point at the ridiculous nature and brainwashing techniques that can be found within institutionalized religions.

“Member Berries”: With multiple storylines happening all at once, the first episode of season 20 tackles everything from trolling to the current presidential election to gender equality issues—and it still finds time to make a jab at Star Wars: The Force Awakens.

“Douche And Turd”: Piggybacking off of that, let’s make our way to the past, when the kids at South Park Elementary had to vote for a new school mascot (literally a giant douche and a turd sandwich). It isn’t just the idea that this episode did a great job at mocking the presidential election, but it made a small joke in regards to what is a giant issue today. While in some cases, voting one way would lead to much more devastating results, the other side still isn’t what the United States truly needs. This episode really did pull off just how important voting is, for every vote does count in the actions that are to come in the future. (Holy hell, that got heavy.)

“The City Part Of Town”: Gentrification is not cool, folks! Many families are losing their homes as cities rebuild to attract more tax revenue with higher-income homes. This is pulled off by taking “unique places” and playing off them being “exotic.” South Park tackled this when residents wanted a Whole Foods in their town, and turned the area around Kenny’s house into “Sodosopa.” The little commercials within the episode selling that particular part of town is the sort of marketing that is leading families to lose their homes.