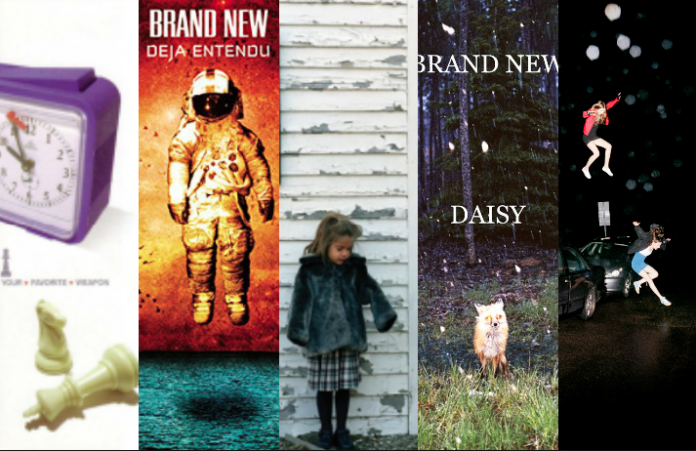 In the wake of the massive success of Science Fiction and the eight-year anniversary of Daisy, we put out the call on Twitter and Facebook for your favorite Brand New songs of all time, and you guys didn't disappoint!

'Daisy' turns 8 today, which has us thinking: What's the best Brand New song of all time (from ANY album)? Tell us your pick + why! pic.twitter.com/uc9fb3Onnh

After going through over 500 (!) responses, we tallied up your votes to give you the top 20 Brand New songs of all time—according to YOU.

Read more: Why Brand New’s rise to No. 1 matters: The reality behind Science Fiction

Did we miss your favorite? Let us know in the comments!

They have so many great tunes that are slept on: batter up, at the bottom, untitled, me vs madonna v elvis, etc etc

I will lie awake
Lie for fun
And fake the way I hold you
Let you fall for every empty word I say.https://t.co/eRwO6KVCEo

8 years of recommending this album to people that say Brand New is too sad and “soft” https://t.co/rzeCQpwekt

Degausser, Jesus Christ, Soco Amaretto, The Boy Who…, Play Crack , the list goes on and on…

At the Bottom. It is just perfect