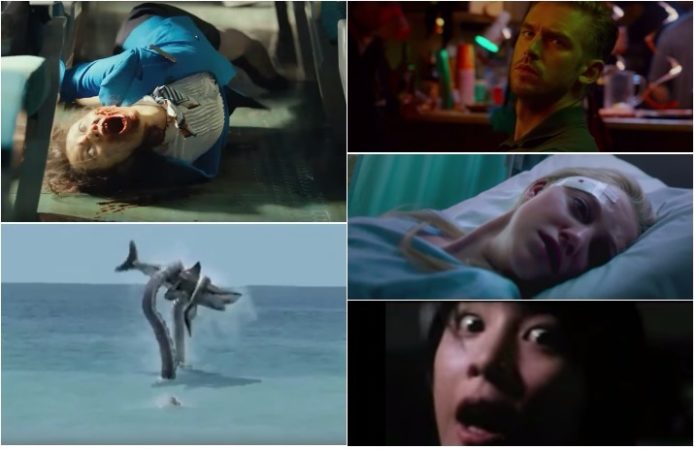 While Thanksgiving is ideal for food and Fourth of July is great for fireworks, Halloween is perfect for fear. ‘Tis the season to be scared senseless, as they say. Any horror buff has probably seen The Exorcist a hundred times, but that doesn’t mean they’ve seen it all. Here are 12 not-so-classic horror films to watch this Halloween season.

The family of a fallen soldier welcomes a man claiming to be their son’s friend into their home. While everything starts out pleasant enough, the family’s teenage daughter begins to suspect that something just isn’t quite right about their guest, played by Dan Stevens. Don’t go into this movie expecting your typical horror movie fare: This one’s a slow burn with a brutal payoff.

Everyone knows Freddy, Jason and Michael Myers (the villain, not the comedian), but you probably haven’t met Sam. Sam might just be the perfect persona of Halloween. In this compilation of intertwining short stories, a cute little demon in a pumpkin-inspired Halloween costume wanders the streets of a small town punishing those who mistreat the sacredness of Halloween. He isn’t evil, per se, but you sure as hell don’t want to piss him off. Also, there are werewolves who dance to Marilyn Manson songs.

While this movie doesn’t have anything to do with clowns, it just may be the single most stressful movie ever released. Whoever holds the curse in this movie is followed across the earth by an unrelenting entity. No matter how far you travel, how high you climb, how deep you dig, it will always march after you—and the only way to get it off your back is to have sex with someone else.

If ever there was a movie that went from “0 to 100 real quick,” it’s The Craft. Four semi-misfit girls undertake the darker side of witchcraft only to quickly learn that with great power comes great responsibility—and even greater outfit choices. Who will use their magic for good and who will use theirs for evil? With a lesser-known cast, this film easily has become a cult classic deserving of viewership each and every October. It simply does not go out of style.

Adapting foreign movies and TV shows is an American tradition, and while The Ring is a truly scary film, it’s hard to beat an original. In this case, the original film version is actually an adaption of a novel that was heavily influenced by a Japanese folktale. If you’re a fan of the Gore Verbinski version of this story and don’t mind subtitles, Ringu is a great way to keep yourself scared his Halloween season.

Let The Right One In

Move over Dracula and Twilight, Let The Right One In is the best vampire tale ever made. This film is based off of the Swedish novel of the same name, and both the book and the screenplay were written by author John Ajvide Lindqvist. The story follows a small boy who is bullied at school who befriends a mysterious neighbor next door. Lo and behold, viewers get a classic vampire-helps-weirdo story, but with a twist. Is the vampire Eli really all she’s cracked up to be? Or does she have motives of her own? (Side note: There’s also an American version of the film called Let Me In, which is good, but not as good.)