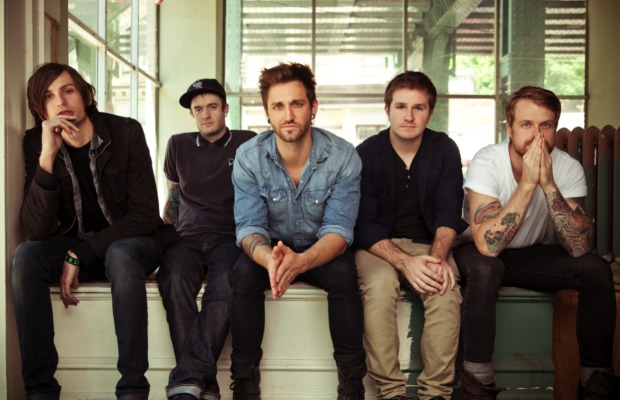 [Go Radio and Every Avenue will be keeping a tour diary for AP while they're touring America with Yellowcard. Here’s installment number two, as penned by Every Avenue's Matt Black.]

Hey everyone!  We’re relaxing at home in Michigan right now after playing in Detroit yesterday, and we just wanted to check in and update you guys on our tour with Yellowcard and Go Radio. The first two weeks have been pretty hectic. About 4 days in, a woman who worked where we were playing gave us her 9-week-old puppy, and she has hijacked the tour with cuteness. We’re all pretty obsessed with her. I've been trying to teach her to poop on the other guys, but it's a work in progress.

The shows have been amazing so far. It's been almost a year since we've done a venue tour in the U.S. and I didn't know what to expect, so I've been really stoked with the response from everyone! My favorite show so far was probably at Dixie State in St George, Utah. It was the first arena we've played, and it's definitely a show I'll never forget. We also got to play with DJ Pauly D, which I can now mark off my personal bucket list.

It's been really nice to be back in the Midwest the past week. This is where we got our start touring, so it's nice to see so many familiar faces. From here we’re heading towards the east coast, which always ends up being the wildest leg of our tours, so I'm really excited for this upcoming round of shows. Hopefully I'll see you there!