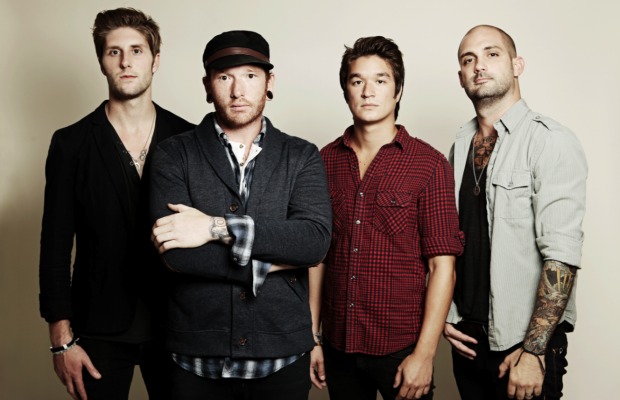 [Go Radio and Every Avenue will be keeping a tour diary for AP while they're touring America with Yellowcard. Here’s installment number one, as penned by Go Radio’s Matt Poulos. Check out the band's new video for “Goodnight Moon” below as well.]

After spending almost three weeks in Australia for the Counter Revolution festival, let me just say it is great to be back home in America. Don’t get me wrong: Australia was fantastic, the festival dates were incredible and the fans were even better. However, there’s just something about the good ol’ U.S.A. that gets my blood pumping in the right way.

We flew into LAX on October 5 and jumped right into the Yellowcard, Every Avenue and Go Radio tour on the eighth. Eight dates in, and we’re off to a roaring start. October will represent the fifth month that Go Radio has toured with Every Avenue, and it’s safe to say we know those dudes pretty well.  We have plenty of experience playing shows and partying with EA, and this tour has proven to be no exception.  Like the first day of high school after a summer or long Christmas break, hugs were given, “How you been?”’s were passed out and bourbon shots were taken. (Well, maybe in high school, we might have been more reserved with the shots. Maybe.)

All that was left to do was to meet the guys in Yellowcard. They were a part of the Counter Revolution as well, but things were so hectic over there, I don’t believe we exchanged more than a few words with a couple of them. The beginning of every tour is interesting, because if you don’t know a band, it’s a total crapshoot if you’re going to get along with them. Sometimes egos and personality are too much of a factor. Well, much to all of our pleasure—and as luck would have it—Yellowcard is a flock of solid dudes. With a nice blend of being accommodating, [having] professionalism, being excited about the shows and playing music, and [being] capable of crucial hang time, this YC, EA [and] GR tour has fired on all cylinders of kicking ass.

The tour kicked off in California in a big way. Anaheim and San Francisco were both super-great shows; I’m pretty sure both of these shows sold out pretty quickly and the crowds were just really impressive.  California never ceases to amaze us in the way they appreciate—but more importantly, show support for—touring bands.

After a great show in Reno we headed to Utah. Holy shit—Utah showed up in a big way. St. George and Salt Lake City gave all of us two of the best shows we’ve played in a good while. To be honest, playing “Goodnight Moon” in St. George, Utah, was one of my favorite moments for that song in the existence of this band.

Since Utah we have played two fantastic Colorado shows and have Des Moines, Iowa, tonight.  Go Radio loves the Midwest and we’re all really, really excited to see what the next couple weeks are going to bring.

America, we’re on the loose. Let’s have some fun.