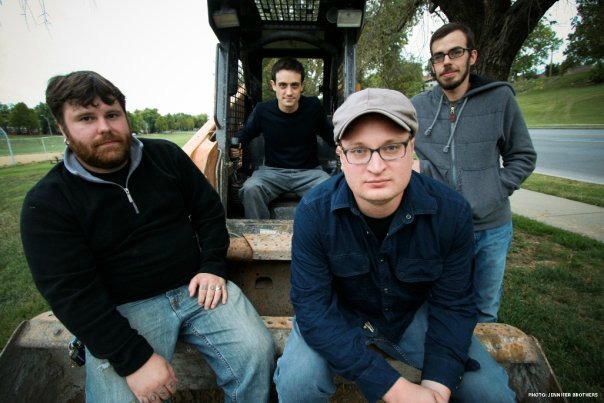 With COALESCE reissuing their landmark 1998 full-length Give Them Rope today on 2xCD (via Relapse Records) and 2xLP (via No Sleep Records), frontman Sean Ingram broke down the lyrical themes of each song in this track by track.

Please note that Sean Ingram is in no way trying to speak for any other member of the band Coalesce. Every idea and opinion expressed are his and his alone.

“Have Patience”
I grew up in a home with a racist father who would drop the n-word loosely not only in private, but in public situations like it was nothing. Looking back I don't see how he didn't get his ass kicked on a regular basis. There was a constant anger he would carry around with him, and it led to the rest of us walking on eggshells while living under his roof. The weird thing about people like this, is when they get involved with churches. This was the case with my father for a time. “Have Patience” was a late night drunken exploration, trying to understand this. As with most of my writing, they dove into deep cynicism that doesn't exactly translate properly. In short, “Have Patience” is an expression of feeling small in the face of anger every day. Having no way to escape it outside of loud music in headphones, skateboarding, or getting drunk. The title itself was the answer I came to.

“One On The Ground”
There were two death experiences that I encountered during the time I was writing this record's lyrics.  I incorporated both. The first story was in regards to a friend of a friend. It was actually an unbelievable story, and I don't even remember where I came into contact with this, but it affected me and that's my only rule for lyric matter. The title is literal. There was a young girl who committed suicide by hanging herself. When they found her, she was positioned in such a manner that it was clear she had second thoughts and tried to push her self up with one leg, but unsuccessfully. Our mutual friends were greatly traumatized by this and she was on their minds for months. The unbelievable part goes like this. During the fall, her friends went to the “Edge of Hell”, which is a big-budget haunted house in the downtown Kansas City area. It was at this trip that she appeared to one or more of the girls and had an actual conversation about her death. It was the quote “I can't believe that I'm dead” that struck me. It somehow made it more believable to me. I imagine that's exactly what a teen girl would say. Nothing profound, just the obvious.

The second experience was a suicide scene I had to work one year. I am a wallpaper installer by trade, and some jobs we did were insurance jobs. Some were more gross than others, and one in particular had the stench of despair so thick, it was still there when we arrived. The incident in question was a gentleman who suffered severe depression and used a rifle to blow his head off in the living room. The room had a 20 foot arched ceiling with large wooden beam rafters. At the top of the arch there was what looked like white gravel around this huge fucking dent in the middle. The dent was the impact from the top of his skull hitting the beam, and the white gravel were part teeth and part skull fragments. Directly under the beam was a very large black carpet stain which was obviously blood. We were warned that the wife and kid were weirdos and they didn't disappoint. The wife was worried only about money and refused to move out of the house while insurance erased the gore. While I was there her five year old had a toy boat and was pretending the blood stain was the lake, and the unstained part was the beach. When we took a break it was brought to my attention that there was no sign of this man's existence in the house outside of a stack of playboys in the bathroom, and his macabre ending that we were trying to erase.

“Cut To Length”
Something about myself that I don't quite understand, is that when I was younger I had a lot of right-leaning ideas. This isn't illustrated any better than the song, “Cut To Length.” This type of thinking probably saved me from the Krishna pit falls of the time, but every once in a while I run across some lyrics that really make me question where my head was at the time. I've run across a lot of articles where the general consensus is that the younger you are the more liberal you are, and you grow to be conservative as you own property, have kids, etc. This just wasn't the case with me, I was actually quite the opposite. The subject matter of “Cut To Length” deals with the legal system failing the families of sexually molested and assaulted children. I was a new father, and I believe this song was an early expression of my new role as a protector of my new little girl, just a little extreme is all. I actually had several songs along these lines as the story of Polly Klaas affected me greatly in the 90s.

“For All You Are”
This could be considered a reaction to the subject matter the later song “Every Reason To.” I was married about a year when I was writing this record. My previous relationship was an on-again and off-again with a high school sweetheart that ended in complete destruction. I was completely shellshocked by that previous relationship and for the first several years of my marriage it quite simply fucked me up. I would have these vivid nightmares of being in situations I would never put my self in. Upon waking up I would either be wrought with guilt, or completely red with rage. I was tortured by this as I couldn't stop being mad even thought I knew it was just a dream. I lost a lot of sleep over this actually. I felt I needed to put this all on paper to get it out of my head and hopefully put it away. It was pretty effective.

“Still It Sells”
In the 90s there was a shift in band appearance and subject matter. The old hardcore aesthetic was being replaced by a new, so-called “evil” type of metal. I guess this was the beginning of the whole metallic hardcore thing. For instance in a very short time we went from breaking down the walls to destroying drug dealers street by street and block by block. And that's just in the straight-edge part of hardcore world. We were actually criticized harshly due to a show that got out of hand at a festival where some folks unfortunately got hurt. It was widely believed that we purposefully were trying to hurt people in an effort to push this new type of brute agenda. It just wasn't the case. “Still It Sells” is an attempt to draw some lines as to what is worth pursuing: things that make money, or the things that help you grow as a human.

“Chain Smoking”
“Chain Smoking” can be considered a personal reaction to the type of insanity that the hardline vegan movement was espousing at the time. I'm not quite sure what the difference is between then and today, as I'm sure there are probably still folks like this around. But back then either it was garnering more attention, or we were just around it more than we would have liked. I just simply saw the entire movement as some sort of pseudo religion based on nothing really, so I approached it as a religion in these lyrics. It didn't stand up in my opinion. This was about the time that folks involved with this were making national news with blowing things up, and I personally had some safety issues. In short, it was a very scary time. I do remember thinking twice about using the words in this song. I don't recall anyone in our scene using language like this before, and had no clue if it would be misinterpreted or ignored. It was largely ignored.

“Did It Pay The Rent”
This was a very direct opinion dealing with the tragic events of Polly Klaas. She was the little girl kidnapped from her bedroom window, raped and murdered in the 90s. I referenced this earlier in “Cut To Length,” but this deals directly with her father politicizing her death, and appearing in political advertisements to get Bill Clinton reelected.

“Every Reason To”
One of the worst things about youth are the immature relationships that one gets themselves involved with. I'm no exception. I have been falsely accused of many crazy things. It was a very surreal situation being falsely accused, and not having a clear way to prove otherwise quickly. I really do think that society is conditioned to believe a man is guilty initially in regards to abuse, and it's a scary place to be. Ultimately I cut all communication off with this person and they eventually went away. I got a postcard a year later that said she wasn't sorry for what she did because she learned a great lesson from it. I'm so glad for her.

“This Is The Last”
I'm 36 years old. I've seen women stomped in the head, I've seen a man throw a two year-old baby out a van window at 40 MPH, and I've witnessed a murder in cold blood. These things just didn't shake me like my father can with harsh words. “This Is The Last” is a very personal assessment of father and son's relationship. I think this is a pretty common theme in music because it's complicated, and it doesn't get any easier when you become a father yourself. Sometimes I can hear my fathers words come out of my mouth and I hate myself for it.

“I Took A Year”
“I Took A Year” is an honest look at one's shortcomings and the necessary compromise to make a marriage last, the endless arguments that can either lead to growth or lead to resentment, and trying to figure out how to direct them to growth. My favorite line was always, “No is not so hard.” What a total fucking lie. alt