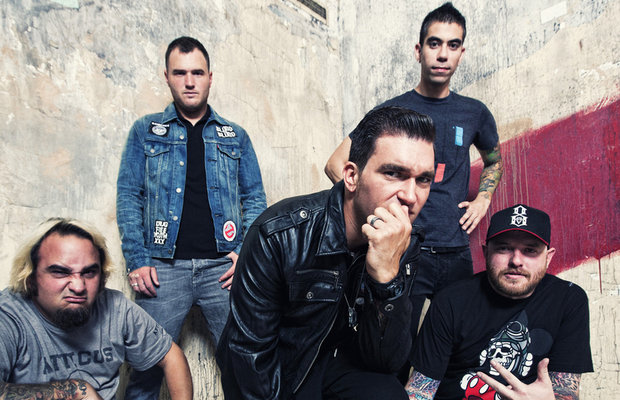 “Radiosurgery”
The first track on the album, this song is a nice summary—both musically and lyrically—of the record as a whole. The song is basically about someone starting to go crazy after experiencing a breakup.

“Anthem For The Unwanted”
This song literally sounds like an anthem, from the very first vocal “oohs” in the intro and the bridge to the ultra-hooky chorus. The lyrics deal with someone starting to go into denial after a relationship has ended.

“Drill It In My Brain”
Just as the name suggests, this song talks about that something or someone, and how you just can't seem to get it out of your head. This is a pretty rhythmic song with a nice steady beat from start to finish.

“I'm Not The One”
This song is continually referred to as “the most NFG-sounding song on the record,” probably due to all the different parts it contains, as well as a bridge that has a nice little breakdown. The lyrics are about someone finally being single, but feeling awkward about hooking up with anyone.

“Ready, Aim, Fire!”
This song has a little bit of an empowerment feel—which makes sense, because the lyrics deal with getting over someone and being at the point where you're ready to burn everything around you in order to erase that memory of a past relationship. This type of song will be perfect for crowd singalongs!

“Dumped”
This song is, quite literally, about getting dumped. But rather than just focus on the actual dumping, the song talks about being in a better place after the breakup. This was one of the last songs written for the album and was arranged on the spot while tracking the drums.

“Summer Fling, Don't Mean A Thing”
Wouldn't you love to get to the point in a breakup, [where you] have the ability to turn that person down, even if they want you back? Listen for the absurd amount of percussion going on in the background of the verses, and how it blends in perfectly with the flow of the music.

“Caught In The Act”
Just as it's called, you've been “caught” and you're wrestling with the guilt associated with these actions. This song features guest vocals by Bethany Cosentino of Best Coast, meshing perfectly with Jordan [Pundik]'s main vocals, helping to drive the story home from both a male and female point of view.

“Memories And Battle Scars”
Now it's time to take a look back—and within—for this song. The lyrics here start to talk about trying to get things back to where they used to be before a breakup. A very straightforward song, this tune has a very heavy, “NFG-ish” bridge.

“Trainwreck”
This song is a culmination of all of the negative feelings toward relationships. No lovey-dovey stuff here, no nice way to put it: Love sucks, even for the “happy.”

“Map Of Your Body”
Like plenty of other songs on this album, in this tune the person has gone through a breakup. However, they have realized they cannot seem to shake the thoughts of this prior relationship, and now it's too late. This song has a bridge that has almost a “punk-rock prom” kind of vibe to it, and the song concludes with a heavy half-time beat that is in every way classic NFG.