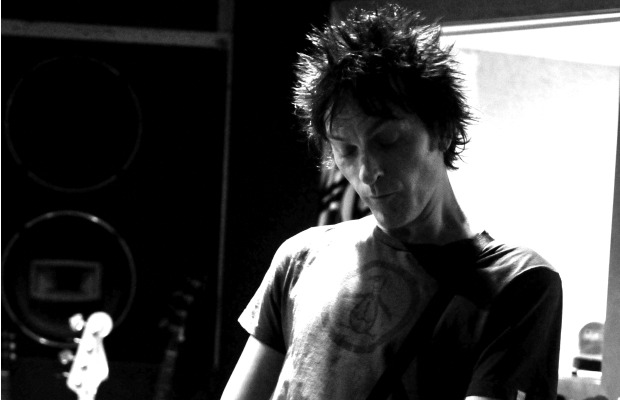 TOMMY STINSON, bassist for scrappy American rock institution the Replacements and low-end holder for Guns ’N’ Roses and Soul Asylum, takes AP through One Man Mutiny, his new solo album, released on his own label, Done To Death Music.

“Don't Deserve You”
As I sat down to write and demo this song, I knew it was going to be the first song on the record. I had already written a few of the others, but this one jumped out at me like an old man waiting at the bar for a drink while growing extremely impatient.

“It's A Drag”
I started this one at Uncle Chip's weekend getaway at the Chesapeake. I thought about the kids in the back seat of the car listening to their parents argue while on the once-a-year vacation. Isn't that how they all start?

“All This Way For Nothing”
A song about traveling all the way to the end of the earth looking for something you think you are missing or you need, only to wake up still stuck with the person you see in the mirror.”

“Come To Hide”
This is a 10-year-old fucking song about a group of friends dispersing into adulthood. This was originally made for [Stinson’s first solo album, 2004’s] Village Gorilla Head, but I already had enough songs in the key of bummer on that one, already.

“Seize The Moment”
If you are one of those people forever trying to force your will on the world—or trying to be something you are not—this is the song for you.

“Zero To Stupid”
We wrote this song in Great Uncle Albert’s backyard while cooking organ meats—gizzards, pancreases, etc. It’s [guitarist] Chip Roberts vernacular coming to true life: “Zero to stupid” is a regular [phrase] in his/our vocabulary. By the time we got home to Philly from Hudson, the song was written.

“Match Made In Hell”
[Replacements frontman] Paul Westerberg wrote the countermelody in the chorus, recorded it and sent it back to me. But he recorded it in a format I couldn’t use, so I had to re-cut the vocal myself.

“Destroy Me”
This is my first duet. Whoever thinks they’re going to write a fucking duet is strange to me, but this just happened, and I love it. I miss my girl [Emily Roberts, Stinson’s fiancée] right now: She’s sitting upstairs, and I’m sitting here talking about bullshit.

“One Man Mutiny”
This song spawned from an inner-bus dispute on the Guns ’N’ Roses tour in Europe. Somebody tried to drag me into it, and I said, “Keep me out of your mess. I’ve got my own problems—I’m a one-man mutiny.” I wrote it in one sitting and recorded it in the restaurant of the Conrad Hotel in Brussels with Dizzy Reed and Richard Fortus [from GNR], mainly because they had a really nice piano in there.