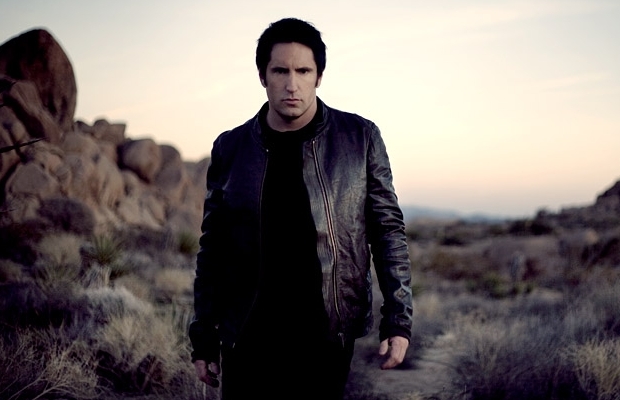 Trent Reznor is a busy man. Having dropped a string of full-lengths, EPs, live records and remixes under the Nine Inch Nails banner, he has remained a driving force in alternative music since the late ’80s. But this has evidently not been enough to satisfy his creative instincts.

His involvement in award-winning motion picture soundtracks as well as producing, remixing and collaborating with other artists has resulted in a wealth of material, much of which has rewritten various rule books in his own distinctive style. Soon, he’ll be changing the way we listen to music as the chief creative director of Beats Music, the streaming service Apple is relaunching.

This list hopes to highlight the best of these experiments, and draws attention to how innovative, ambitious and influential Reznor has been when stepping away from his “day job.”

Formed in ’92 by Reznor and then-business partner John Malm Jr., nothing Records was aligned with Interscope Records, acting as a home for Nine Inch Nails and the various bands the two brought to the label. While its  most notable signee was Marilyn Manson, Pop Will Eat Itself, The The, Autechre, 12 Rounds, Prick, Meat Beat Manifesto, Rob Halford’s 2wo, Einstürzende Neubauten, Pig and Squarepusher released one or more records during the label’s lifetime. The label folded in the midst of a 2004 lawsuit brought by Reznor against Malm.

In 1994 Reznor breathed new life into the concept album with The Downward Spiral. With Natural Born Killers, he reinvented the movie soundtrack. It was not just through his use of samples from the film’s dialogue, which had been done before, but it was in the way he intermingled the snatches of the script with shrewd song choices––including Leonard Cohen, Duane Eddy, L7, Dr. Dre, Patsy Cline, Cowboy Junkies, Lard, three NIN tracks and a host of other eclectic artists––often editing, abridging or combining these to suit the flow. The result was a sonic collage that was complimentary to the film, but had a life of its own.

Reznor has been very selective when it comes to lending his instantly recognizable vocals to another artist’s song, and “Past The Mission” was a sublime, unexpected choice. At the peak of Tori Amos’ mid-’90s popularity this Under the Pink single wielded a disarming juxtaposition between its perky verse and warm, haunting chorus, the latter featuring Reznor. However, rather than push his contribution to the forefront, his voice sits behind Amos’, becoming something that is felt rather than heard. Listen to a live version, however, and his absence is almost painfully apparent.

(Other notable Reznor guest appearances include stints on tracks from Queens Of The Stone Age, Josh Wink, 1000 Homo DJs, Pigface and Saul Williams)

It’s a genuine shame that Prick––aka Kevin McMahon––did not receive the same media attention as Marilyn Manson in the mid-’90s, for his is arguably the most interesting non-NIN record released through Nothing. Partly engineered and executive produced by Reznor, his sonic fingerprints are obvious, but the quasi-industrial record has a strong personality all of its own. Plus, “Animal” is possibly the best NIN song Reznor never wrote.

In 1995, Nine Inch Nails headed out on tour as main support to David Bowie (with the aforementioned Prick opening), giving music fans one of the most intriguing concert experiences in recent memory. Regularly contributing to each other’s songs on a given night, Reznor remixed and reconstructed Bowie’s track, the original version perhaps best known as being featured over the closing credits of Se7en (1995), directed by Reznor’s future collaborator, David Fincher.

A vocal fan of the Doom video game franchise, Reznor was more than up to the task when recruited by id Software to provide an instrumental soundtrack for its successor, Quake. Featuring 10 original compositions, it’s an unnerving, ambient score perfectly suited to the game’s tension and threat of violence. In 2012, he returned to the world of first-person shooters in providing the main theme for Call Of Duty: Black Ops II, which is a suitably epic, throbbing piece that could have fit comfortably on NIN’s 2013 return, Hesitation Marks.

Following his collaboration with Oliver Stone, filmmaker David Lynch (Twin Peaks, Blue Velvet) enlisted Reznor to oversee the soundtrack to his trippy Lost Highway. Dominated by an original score from Angelo Badalamenti and Barry Adamson, the Lost Highway soundtrack is a far more brooding, instrumental affair. Sitting alongside these vocaless tracks, NIN’s “The Perfect Drug,” the Smashing Pumpkins’ first foray into electronic music (“Eye”) plus contributions from David Bowie, Lou Reed, Marilyn Manson and Rammstein fleshed out the disturbing tone of the film.

Working with partner Atticus Ross, who had been involved with Reznor since Nothing Records released 12 Rounds’ 1998 sophomore record My Big Hero, The Social Network score stuck out as something fresh and unique, winning the duo an Academy Award. Drawing out the emotion in Fincher’s 2010 film, it is lush with dreamy and atmospheric electronics, at times playful, at others brooding, and quite unlike the scores of scores that came before it. Reznor and Ross went on to provide equally engaging scores for Fincher’s remake of The Girl With The Dragon Tattoo (2011) and his Gone Girl (2014), both of which were nominated for Golden Globes.

Following the (not very permanent) retirement of Nine Inch Nails in 2008, Reznor’s focus shifted to How To Destroy Angels. Rather than wearing the proverbial pants, HTDA was a collaboration between Reznor, his wife Mariqueen Maandig and Atticus Ross, creating textured, atmospheric music that is more likely to slowly creep under the skin than smack the listener in the face. Having released two EPs and 2013‘s Welcome Oblivion full-length, Reznor’s focus has again returned to NIN, but HTDA has not been laid to rest just yet.

This collaboration between Dave Grohl, Josh Homme (Queens of the Stone Age) and Reznor is the highlight of the soundtrack to Grohl’s Sound City: Real To Reel documentary. The bones of the song were constructed live in the studio with Grohl on drums, Homme on bass and Reznor on keys [see video]; A second sweep introduced vocals from the three plus additional atmospherics and guitars. It slowly builds from early introspective passages into a massive rock out. While each artist’s identity comes through, it’s hard to deny that Reznor’s influence is the most strongly felt throughout.