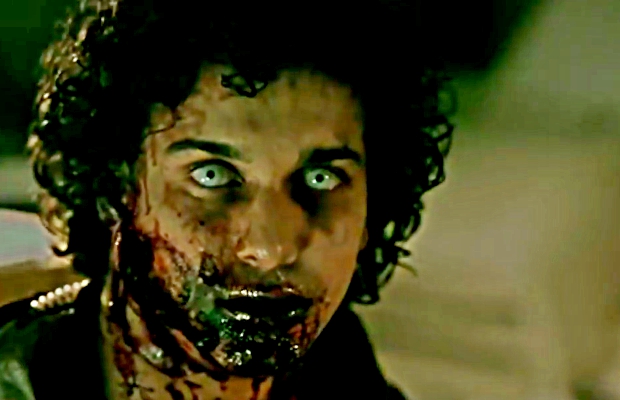 Some see Halloween as a time to throw on a comfy skeleton sweater, grab movie theater butter popcorn, hand out candy to cute kids and pop something scary on a nearby TV.

If you’re one of those people, why not binge-watch one of the following five TV shows—a selection any true horror fan will enjoy.

QUIZ: Which horror movie monster are you?

Dead Set is a BAFTA-nominated British miniseries and could be the perfect choice for this Halloween. Why? Well, at five episodes—all 30 minutes except the hour pilot—it’s totally feasible to finish in one night. Not only that, but the plot line is an interesting and fun twist on the zombie outbreak archetype. Here’s the idea: Zombies overrun the set where a fictional version of Big Brother is filmed. Previously, the Big Brother house was fortified to keep crazed fans out—now it protects from a sprinting horde of flesheating monsters. And…let the chaos ensue.

Created by Charlie Brooker—the same person behind Dead Set—Black Mirror is not necessarily gory, but it will definitely crawl under your skin. The anthology series chronicles a different story each episode, usually reflecting the dark consequences of today’s technological society. Because the story isn’t continuous, you’ll never be left on a cliffhanger—but that doesn’t mean you’ll stop Netflix from auto-playing the next episode. And the next…and the next.