One writer scoped out the exclusive twenty one pilots pop-up shop. From beach towels to chlorine smell, here’s what Ned’s Bayou is really like.

After the sudden and spontaneous appearance of a twenty one pilots pop-up shop, Ned’s Bayou, fans were sent into a frenzy over what could be inside. With no official word on if the shop would appear in other locations, the Clique had their eyes focused on Columbus and its exclusive Ned-themed merch.

I took a trip to 612 N. High Street to get the scoop on the pop-up shop experience, capturing plenty of photos along the way. Catch a glimpse of the Ned’s Bayou adventure below!

Venturing down what’s temporarily named twenty one pilots Boulevard, I turned onto High Street and made my way to Ned’s Bayou, the pop-up shop theme inspired by the band’s furry “Chlorine” friend.

Moments after snagging my spot in line (around 5:15 p.m.), I was greeted by a staff member. He asked how I was doing and if I was excited about the hometown show tonight. The conversation didn’t feel forced or rushed, and honestly, I could have talked to him all day.

If you found yourself at the shop earlier in the day, you probably had the chance to snag a “Straight Chlorine” lemonade from The Roosevelt Coffeehouse.

the straight chlorine drink is so cute 🥺 pic.twitter.com/IUPCIOt0Z6

The line moved fairly quickly which helped it feel like I wasn’t waiting long at all. A staff member was continually checking on everyone in line, making sure no one was getting sick or overheated.

It took about 50 minutes to get to the entrance of the Fine Pool Equipment store, or FPE—a nod to the few, the proud and the emotional. During that time about five passersby asked why we were all waiting in line for a pool store.

Another staff member was located at the door, only allowing so many people to enter at one time. It prevented the shop from getting overcrowded, leaving plenty of space for one to walk around and take pictures.

I was immediately hit with the smell of chlorine upon stepping inside, which shouldn’t be surprising. twenty one pilots are known to go all out.

Once inside, I was ushered to the right where I got to see Funko Pop! Ned. There’s instructions beneath the Pop! telling viewers how they can be the first to purchase the figure. Obviously, I texted the number immediately.

As I continued down the right side of the store, I saw a display of light-up barrels, a couple of them containing the Ned’s Bayou logo. Their constantly changing lights combined with the shop’s music makes for a pretty rad display, one I could easily watch all day.

The back of the store features the price list, merch display, registers and a friendly staff. While the hoodie and enamel pins were sold out by the time I got inside, I still managed to snag a dad hat and an acid-wash tee.

Fans were quick to notice some of the merch read “Summer Capsule 2019” on it. This left the Clique to speculate if they would see more Ned merch in the future. The clothing tags also listed the capsule. 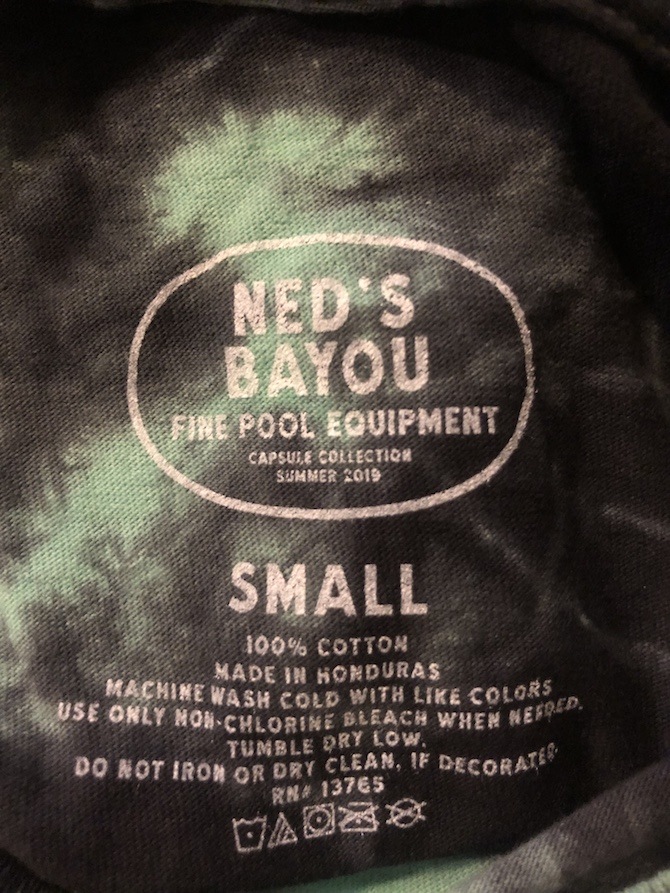 After paying for my merch, I was allowed to walk down the left side of the shop. This contains some really cool displays of all the items available, TVs and pool gear.

If you take a moment to soak in your surroundings as you leave the pop-up shop, you might notice the location of the Bayou seems almost too coincidental. 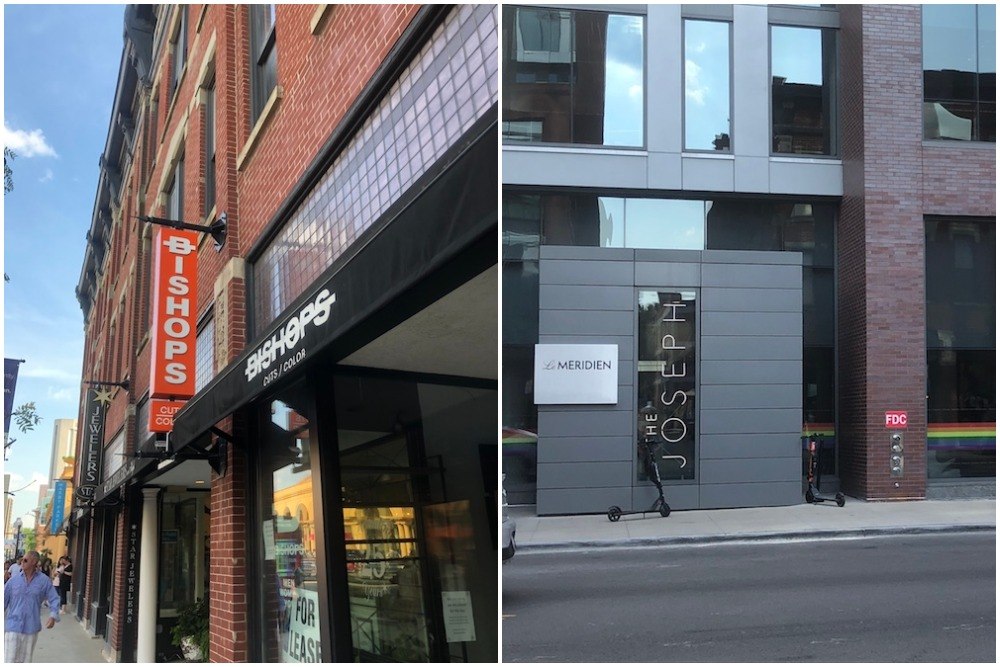 Located directly next door is The Joseph hotel. Take a peek across the street and you’ll spy Bishops barbershop. If this were any other band, I could chalk it up to coincidence. But as I’ve learned with twenty one pilots, everything is intentional.

Ned’s Bayou ran from June 28-30 in Columbus for locals and fans attending the duo’s homecoming show. But hopefully the pop-up shop will make a few more appearances in the near future.

Check out some more photos of the twenty one pilots Ned’s Bayou pop-up below.