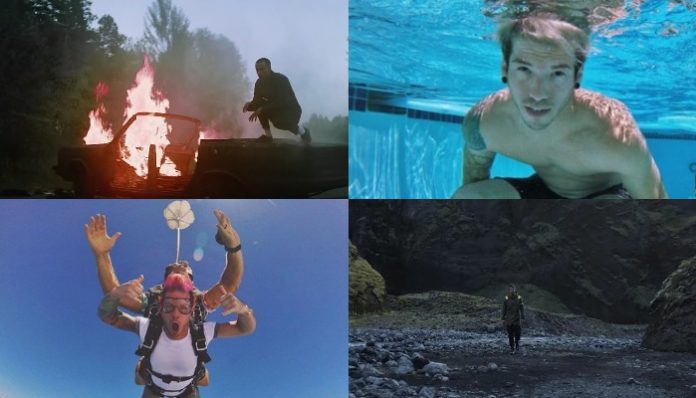 Thanks to zodiac signs, we were able to boil down everyone’s personality to one Twenty One Pilots song. Well, sort of.

Astrology is highly debated, and if you do believe in it, you know that a zodiac sign is only a small portion of what makes up your character.

Your zodiac sign is otherwise known as a “sun sign,” and it’s the basic identity of a person within the zodiac. Other planets, stars and moons have other effects on the makeup of someone, but this covers the basics.

This song is perfect for this aggressive fire sign because the character in the song has an authoritative role and protects newcomers from people who might not accept them. Aries tend to be very loyal and keep people close to them involved in their lives, which can be interpreted literally within the plot of the song.

Taurus — “Tear In My Heart”

This song is very down to earth, much like Tauruses. Taurus tend to be stable, sensual and even a bit possessive at times. “Tear In My Heart” discusses how Tyler Joseph’s wife has been his motivator, and that love makes him feel totally different than he’s ever felt before. This intensity and passion is totally screaming Taurus.

Gemini get a bad rap for being a two-faced sign, but it’s really more that they are adaptable and have a need to please others, which could stem from insecurity. “Stressed Out” faces those insecurities head-on by craving for things such as childhood and success. These thoughts can most literally stress someone out, which is why Gemini tend to get in their heads. However, they project outwardly that everything is fine, as does the song with its upbeat sound.

Cancers, who are symbolized by a crab, are nurturing in nature, but also very self-protective and resistant to change. This song is literally about putting on a “jumpsuit” for protection and resisting change. This one’s for you, crabs.

These lions are generous and take authoritative roles to provide for those they love. This song centers on Joseph willing to go great lengths to care for his mom. The generosity discussed in this track is peak Leo.

Virgos are very introspective and reserved, but they also strive to keep their identities in tact to be the best versions of themselves. “Heavydirtysoul” is about asking for help to defeat someone’s inner demons to become something greater. The lyrics of the song show that deep down, Joseph knows he is great, but he needs help to bring that out or else he will get lost in his thoughts. It’s like a Virgo anthem for self-discovery through being vulnerable.

Read more: How well do you know the lyrics to “Jumpsuit” by Twenty One Pilots?

Libras are symbolized by scales because they seek balance and can sometimes be indecisive. The lyrics of “Ode To Sleep” show a back and forth between light and dark, much like they are on each sides of the scale. The song focuses on finding the balance between the two to overcome the demons inside of your mind.

Scorpio — “Nico And The Niners”

Scorpios have a clear vision to meet their goals and can become fixed on the idea of moving on, even if it means getting revenge on others. This song has the same determined nature of coming up from the ashes and focusing on your goals while ignoring the people who keep you down.

Sagittarius are generally optimistic, but they can be a little restless when something is bothering them. Their independent nature also can make them be more reclusive when they’re going through things, much like the way “Car Radio” talks about getting stuck inside your head. They need things to distract them, much like Joseph has music in this song.

Capricorn — “Holding On To You”

Capricorns are workaholics. They throw themselves into whatever they are doing, and tend to love to achieve success through their wisdom and independence. “Holding On To You” addresses taking shotgun of your own life and holding onto your values, which is also important to these Earth signs. It’s an acceptable way to be a control freak, because you’re doing it to better yourself. Capricorns, tell that to anyone who says you are acting too bossy.

“Lane Boy” is about doing what you want and not following a set path, which is totally Aquarius. They are growth-oriented and love being different from everyone else. Sometimes they make mistakes or act on decisions that might not make sense, but they play it off cool. The song talks about how Twenty One Pilots can create music that fits the mainstream, but that doesn’t define them, which is pretty cool.

Pisces and this song have one huge thing in common—they are both about going with the flow. Sometimes, Pisces can get stuck “thinking too much,” but they try to find the good in life. Like a fish letting the stream take them away, it’s all about the “Ride” for Pisces.