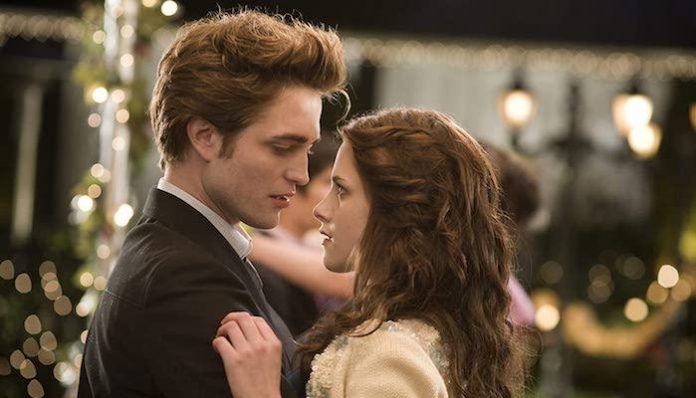 Twelve drama-filled years after Breaking Dawn drew the franchise to a close, the long-awaited Twilight novel Midnight Sun arrives this week. Adapting the events of the first installment Twilight as seen through the eyes of vampire Edward Cullen as opposed to Bella Swan, the new book drops a whopping 15 years after Twilight first published in 2005.

Author Stephenie Meyer has teased its content for some time, but the project was shelved in 2008 when unfinished manuscripts of 12 chapters leaked online. Now, as Twihards prepare for this twist in the narrative, it’s feared this may be the last installment in the chronicles of Bella and Edward.

Read more: Nestle’s ‘Hocus Pocus’ cookie dough is all about the Sanderson Sisters

With that in mind, we’ve compiled 10 things we’re desperate to read from Edward’s point of view before the chapter closes forever.

Anything about Edward’s life

The first novel limits our knowledge of Edward’s life before Bella came along. We know Carlisle changed him in 1918 as he was dying from Spanish influenza in Chicago, but that’s pretty much all we’re given. In that case, there’s a whole 90 odd years in the middle that we can’t account for, except that he and his family have matriculated from high school quite a few times. If there’s one thing Midnight Sun should expand upon, it’s all those years we have missing from Edward’s history books.

What Edward really does while Bella sleeps

At first, Bella has dreams that Edward appears in her room while she sleeps, but it’s soon revealed that he’s actually there watching her. But is that all he does when he’s waiting for her to wake up? We’d love Midnight Sun to elaborate on exactly what Edward gets up to for those whole eight hours because we’re convinced he’s picked up a pastime to keep himself occupied instead of solely gazing at Bella. Maybe he knits scarves for the miserable Forks, Washington, weather or writes deep, enigmatic blog posts about Debussy.

More about the Cullens

We’re almost hurriedly introduced to the Cullens in the first novel for fear of stealing Bella and Edward’s thunder, but we have so many questions that only Edward’s point of view could answer for us. How many times have Emmett and Rosalie married? Did the Cullens punish Edward for saving Bella from the car accident? What do they say about Bella when her back is turned? What’s their family dynamic like behind closed doors? How do the Cullens provide birth certificates for driver’s licenses? What happened between Edward and Jacob in the years they’ve lived nearby? We have many queries that we hope Midnight Sun clears up, particularly as it’s set to be twice as long as the original Twilight novel.

Why the Cullens settled in Forks

The Cullen clan has lived all over the place and has the freedom to reside anywhere, settling in Alaska, New York and Wisconsin in the past. So we’d like to know why they picked Forks, Washington, of all places as their home this time around. Was it the enchanting climate that attracted the sun-fearing vampires to the wettest state in the continental U.S.? Was it the generally foreboding atmosphere around town that helped them blend in with the scenery? Or was it the presence of their (im)mortal enemies in the Quileute tribes that made Forks such a desirable place to lay their foundations?

Edward spotted Bella for the first time in the lunch hall, and his response wasn’t as extreme as it became in their first biology class together. What changed? What was going through Edward’s mind as Bella sat down beside him? His discomfort, clenched fists and his visible battle with his own urges became so overwhelming that he became intent on changing classes just to avoid Bella. Obviously, he wouldn’t have been able to block Bella out completely given she would still be in the same school, but it would be interesting to hear about his conflict of interests in his own words.

After their first cringeworthy encounter in biology class, Bella noticed that Edward didn’t show up for school until the next week, leaving her even more concerned about his reaction to her. The book elaborates that he was visiting acquaintances in Alaska, but what did he get up to there? A significant part of the first Twilight installment is the frequent disappearance of the Cullens from Forks, or at least from high school. Where do the Cullens keep going? Were they already on the heels of Victoria, James and Laurent? Surely Midnight Sun could fill us in.

How Edward handles not being able to read Bella’s mind

Edward’s primary power is telepathy. Therefore, his inability to read Bella’s mind must have been confusing and upsetting for him. Going from knowing the thought processes of everybody around him to discovering only silence when he looks at Bella, that transition to sudden weakness only adds to Edward’s insecurity around the new girl. This vulnerability would be an interesting angle to elaborate on throughout Midnight Sun, particularly when explained through Edward’s wisdom from the years he’s lived through before Bella came into his life.

In saving Bella from the deadly clutches of tracker James, Edward has to suck the poison from her veins to save her life, which in turn causes a conflict in his own mind to stop before he kills her. We’d love to see this dramatic scene play out through Edward’s eyes, using his own eloquence to describe his own personal battle in those moments, whether he had enough strength to stop himself or whether Carlisle’s pleas helped him pull away at the last minute. Maybe after all that trauma, he wasn’t just pretending to sleep in front of Bella’s mom in the hospital.

How many proms Edward has been to

Established through the first novel, we’re aware that Edward and his brothers and sisters graduate high school often and display their caps as “an inside joke.” That said, we have no actual evidence to suggest he’s ever been to a prom before, presumably because he’s never established a connection with a human as he has with Bella. When Midnight Sun covers this touching scene with the two lovers having their first dance, we hope to see an explanation of Edward’s emotions during that moment, how many first dances he’s had before and what makes this time so special.

Meyer mentions a key moment in the memorable meadow scene was missing from the original Twilight book and would finally be brought to light in Midnight Sun. The meadow depicts a pivotal moment in the plot just after Bella recognizes Edward’s identity. Apparently this scene was missing some content that Meyer was keen on returning to the narrative. This time, through the eyes of Edward, we’ll be able to see how he feels having his truth exposed. We can’t imagine what else could have been missing from that vulnerable moment in Edward’s life, but we’re eager to read it.