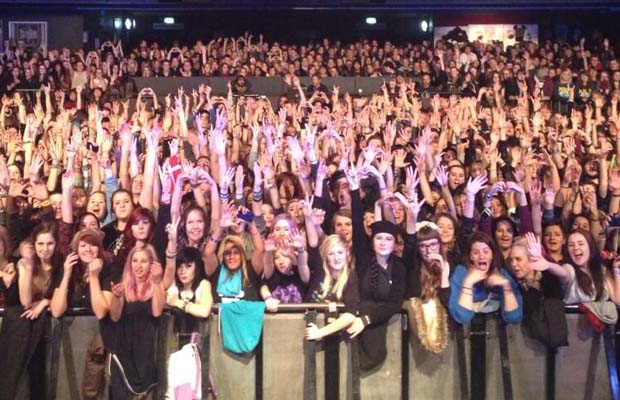 We Came As Romans (@wecameasromans)

Guess where we are… I'll give you a hint: We are playing ALLBuquerque, NM tonight!! #housenberg http://t.co/1zAFgMi7kQ

The Naked And Famous (@TNAF)

Thank you Cologne for an amazing evening!!! http://t.co/3ovubljZbZ

Rappin' about my morning http://t.co/lsfzoLjBnB

Thank you so much to @hannahkofficial & @sarablindmeow for the gifts today! These are PHOTO cookies! pic.twitter.com/UZ4Z0WTdur

London crowd was insane, thanks for having. If anyone wants to see us again come to barfly tomorrow. pic.twitter.com/O0XJntZJtJ

Wolves At The Gate (@wolvesatthegate)

Headed into the studio, Dylan has his packed lunch in hand and ready to go! pic.twitter.com/L41HXllJTS

We are writing new songs by the sea. The gulls are after us … pic.twitter.com/UmCFZoLJca