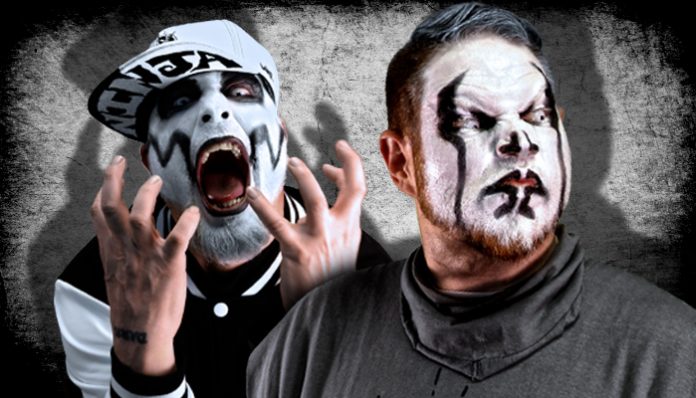 Madrox tells Alternative Press that the impetus behind “Get Through The Day” was something that all of us immersed in digital living can learn from. “The song is an audio study of the mind and how we let people’s negativity through comments and gestures toward us become the focus of our day, rather than use that day to focus on coming up.”

Regarding Revelashen, the men of Twiztid decided to give themselves a break. “We feel like we threw away the gimmicks, theatrical storylines and the ‘everything has to be horror music or else’ vibe and came straight-up real and raw on ’em this time around,” they say in an email to AP. “Yeah, we still want it. We feel every song on the record speaks to that.”

A surprise drop of anything is truly something to curl your toes over. Next year, though, Twiztid stans will have some reasons to stay home, wear masks and wash their damn hands. Next spring, the band will be dropping their full-on rock album (title to be announced), which will include the recently released songs “Perfect Problem” and the industrial-tinged “Rose Petal.” Madrox and Monoxide are making their wish list of potential rocker cameos while participating in what their manager calls “marathon pandemic studio recording sessions in effect.” When it feels like the world is slowing down, Twiztid sure AF aren’t.

Dig if you will, Twiztid’s “Get Through The Day.” Check out the tracklisting for Revelashen below. And if you missed it, scroll down for “Rose Petal.”