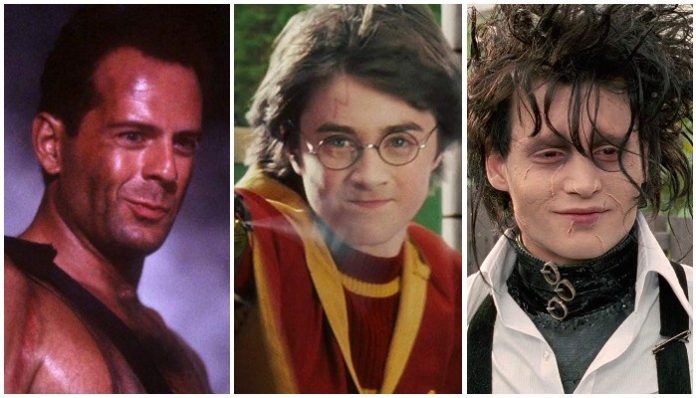 It’s the Christmas season, so everyone is enjoying eating cookies and binge-watching holiday movies from now until Dec. 25. While there are definitely tons of Christmas movies, sometimes you just want to watch one that doesn’t shove the holiday season down your throat.

We’ve rounded up 10 unexpected films that count as holiday movies and explained a bit on why they’re totally festive. You can definitely argue that these films are perfect for Christmas Eve when your family can’t decide what to watch on the couch, and you just can’t watch The Polar Express for the fourth year in a row. You can check out those films below.

In the first Harry Potter film, the students celebrate the holidays with an extravagant feast in the Great Hall that is what Christmas dreams are made of. Even though the film is filled with magic and wizardry, it does help put you in the spirit when you see Hogwarts covered in snow and decorated for Christmas.

This Steven Spielberg classic is a holiday film because it literally takes place at Christmastime. While the creatures themselves give off more of a Halloween vibe, Gremlins does help you get in the holiday spirit with scenes of festive decor and carolers.

Die Hard is the classic example of an unexpected Christmas flick because while it takes place during the holidays, most seasonal movies aren’t filled with shootouts and explosives. Many people have taken to watching this film as a Christmas tradition. However, it’s still unusual to cuddle up by the fire Dec. 24 to watch an action movie, but we’ll take it.

Read more: Is ‘Die Hard’ a Christmas movie? Its screenwriter thinks so

While we love this dark Tim Burton film starring Johnny Depp all year round, it does qualify as a Christmas film. Much of the end of Edward Scissorhands centers around Peg’s Christmas party, and the neighborhood is filled with decorations and lights that get you in the holiday spirit. Also, one could argue that the scene where Edward makes snow fall from the sky while carving an ice sculpture with his hands is just as festive as Rudolph or Frosty.

This 2017 horror flick may not scream “Christmas movie” at first sight, but it’s basically a demented version of Home Alone, and everyone counts that as a holiday film. While some might not want to celebrate the season with jump scares and blood, that sounds like a perfect celebration to us.

Read more: 10 Christmas movies that weren’t supposed to be creepy

This comedy stars Ryan Reynolds, who visits home during the holidays and reconnects with his childhood crush who rejected him all of his life. While it’s a rom-com, the movie is filled with scenes filmed in decorated homes and snowy yards. It’s hard not to feel the spirit of Christmas.

Stanley Kubrick’s Eyes Wide Shut may be filled with drugs and NSFW scenes, but it all starts at a Christmas party. While the party ends with a bit of a dark twist, it’s lavishly decorated in a way that would make anyone stop and stare, even if you are a bit of a Scrooge. This film is great for people who may not be the biggest fans of Christmas but could argue with their friends and family that it does count as a holiday film.

While Batman doesn’t usually ring bells of Christmas cheer, there are so many snowy scenes in Batman Returns that make it hard to feel like it isn’t supposed to have a holiday vibe. There’s a mistletoe joke and a few Christmas tree shots. Definitely use this as an example when arguing that a superhero movie can also be appropriate for the holiday season.

9. While You Were Sleeping

This rom-com is set around a blizzardy holiday in Chicago, with scenes of Christmas lights and ice skating. Movies about love also tend to feel more in line with the holiday cheer, so the snowy atmosphere definitely plays into that with this film.

Disney+ has this Iron Man film labeled as a Christmas movie on their service, so it has to be true. The film takes place during the holidays and features a few jingles and wintery scenes, so it definitely passes.

What is your favorite unconventional Christmas movie? Let us know in the comments below.