Chances are when you think of 2000s albums, a few distinct images spring to mind. Let us guess… Panic! At The Disco‘s A Fever You Can’t Sweat Out? Paramore‘s Riot!? My Chemical Romance‘s Life On The Murder Scene? All amazing… But we’re missing more than a few.

In an iTunes-dominated world, album covers were often the first things to draw us into our next favorite artist. Well, those and 30-second song samples played on repeat. Still, with so many greats and a decade since passed, it’s easy to forget much of the iconic cover art of the time.

Read more: The Pretty Reckless’ ‘Death By Rock And Roll’ finally has a release date

Read on to see which 10 2000s album covers we think are significantly underrated. 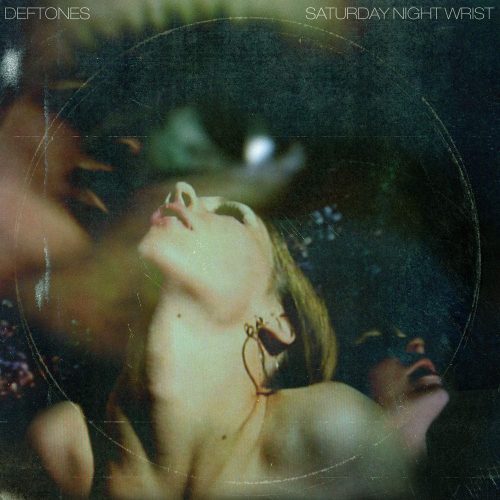 Leave it to a band like Deftones to pique our interest in such an unsettling way. The story behind the cover art is even more perturbing, though. The images included in the collage are still frames from a pornography film called Roxanna, which gives a whole new perspective on the record’s title. The full collection of the album art, including alternate covers, are available on designer Frank Maddocks’ website. On a tangential note, Deftones are currently allowing fans to buy the dots that comprise their Ohms album cover, directing proceeds to UC Davis Children’s Hospital and Crew Nation.

Armor For Sleep – What To Do When You Are Dead 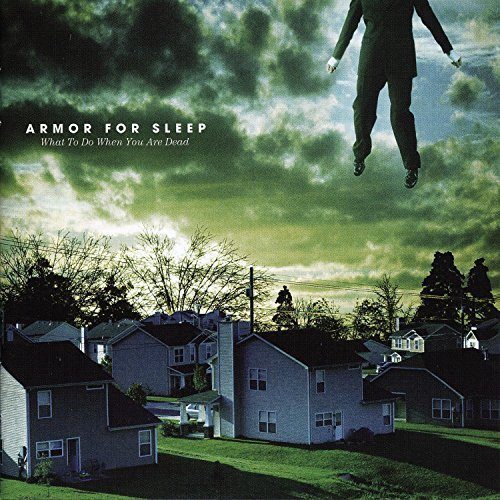 What’s more captivating than a suited man hovering in blue-green skies over a suburban neighborhood? We’d argue that Armor For Sleep‘s What To Do When You Are Dead might be one of the most gorgeous covers to come out of the decade. And somehow the 15th anniversary edition is even prettier.

The Subways – All Or Nothing 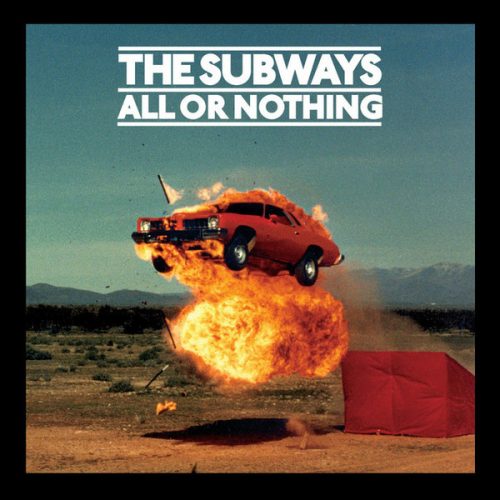 We can’t blame you if you totally forgot about this album after retiring your iPod. Despite their prominence in the early days of the scene, the Subways aren’t necessarily a popular point of nostalgic conversation. Still, we can’t believe this epic piece of fire-adorned art managed to slip away from our collective memory. Now if only it were so easy to shake “Girls & Boys” from being stuck in our heads. 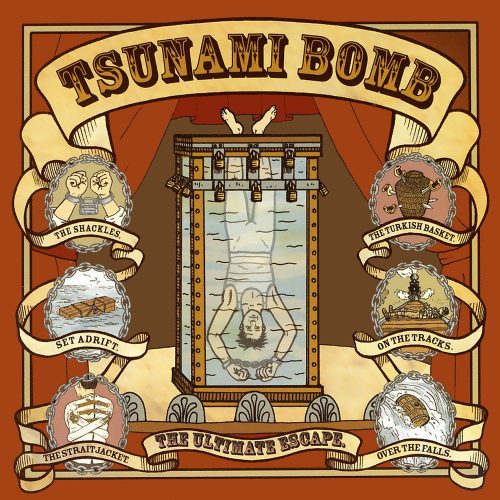 Animated album covers are an unofficial staple of pop punk, and Tsunami Bomb implemented the trend masterfully. The circus-style cover depicts a man trapped upside down in a tank of water. On each side are simplistic illustrations portraying various perils, from shackles to a barrel being sent over a waterfall—presumably with someone stuck inside. The theme is quite dark compared to the imagery, which is a large part of why this artwork is so extraordinary. 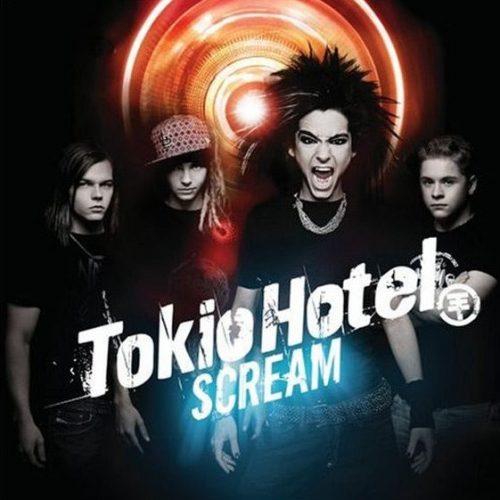 This better be a familiar sight for any former (or, more likely, current) emo kid. After all, could you really make it through the 2000s without singing along at least once to “Ready, Set, Go!“? That may be a hot take, but regardless of whether or not you had Tokio Hotel loaded onto your iPod, you can’t deny that this is a seriously cool depiction of the band. Now, if only we could convince Bill Kaulitz to bring back the mane…

AFI – I Heard A Voice 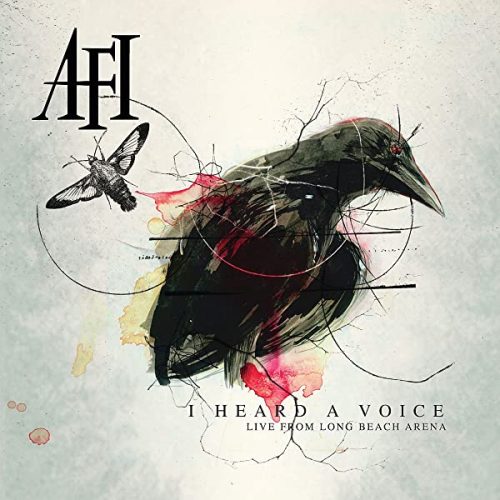 We’ll forgive you if this one isn’t immediately recognizable because it wasn’t an official studio release. I Heard A Voice was AFI‘s live release from a 2006 show in Long Beach, California. The version included here was used for the CD cover. The DVD also boasted pretty interesting art, which featured a hummingbird moth and the band’s logo, but it’s relatively simplistic compared to its counterpart.

Read more: 9 uncredited guest vocals you might have missed in your favorite songs 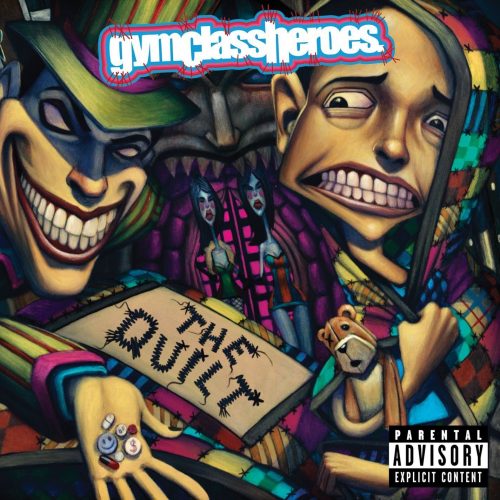 Gym Class Heroes are pretty strong in their album art game, though The Papercut Chronicles II seems to be the most recognizable. Prior to that record, though, they’d put out an all-around masterpiece called The Quilt. The exaggerated illustration features creepy tones and bold colors that are sure to burn into your field of vision if you linger too long.

The Fall Of Troy – Doppelgänger 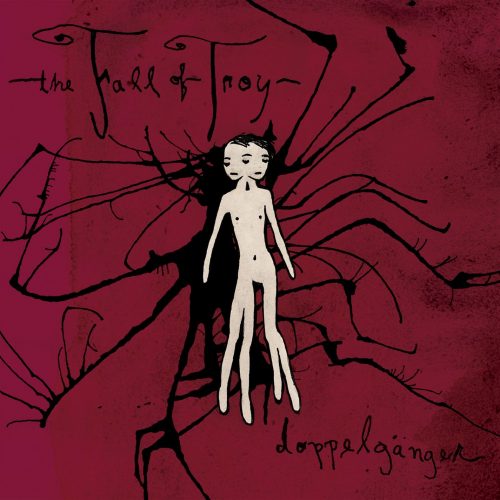 If we didn’t know any better, we might believe that the Fall Of Troy pulled inspiration from Death Note on this one. As it happens, though, Doppelgänger (barely) predates the North American publication of the manga volumes. Though simplistic, the art gives off an uncanny, even sinister vibe that feels perfectly representative of a band who are quite deviant. 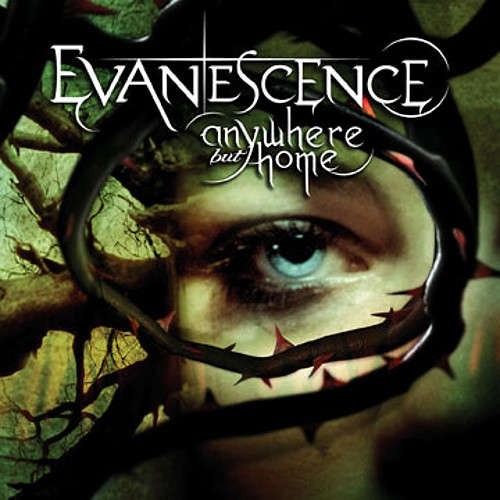 Think of Evanescence and you’ll likely picture Amy Lee‘s pale blue face on the cover of Fallen. Their live album, Anywhere But Home, however, features a similarly striking aesthetic with an added degree of creepy. The cover, which shows a bright blue eye peeking through a coil of thorns, actually landed Walmart in some trouble shortly after its release. Reportedly, a lawsuit was filed against the chain due to the presence of profanity, which wasn’t indicated through a “parental advisory” warning. Ultimately, the case was settled on the terms that anyone who bought the record in a Maryland Walmart could receive a refund. 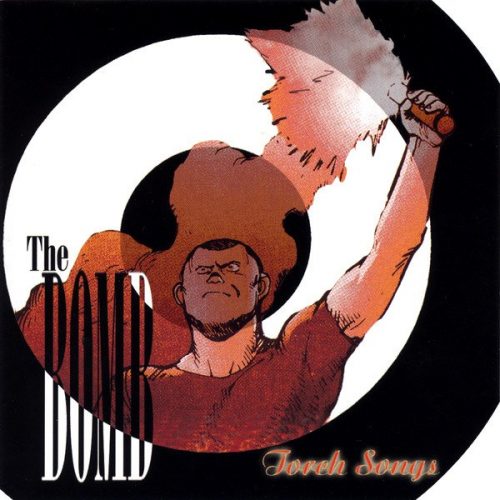 There are so many things that we love about the Torch Songs cover art. For one, it just screams anthemic in a way any punk outfit such as the Bomb should strive for. Two, the orange-red hues look like dried blood against the stark black-and-white background. Three, the simplicity is just so 2000s. But what more could we expect from an album that effectively kicked off the decade?

Which album covers come to your mind when you think of the 2000s alternative scene? Let us know in the comments!