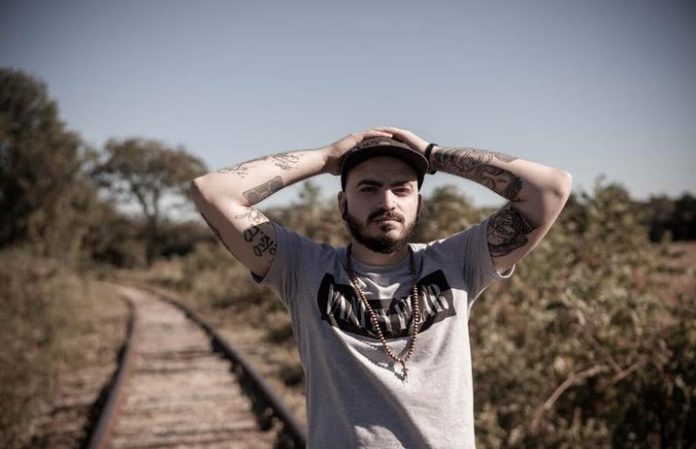 Upgrade HipHop is teaming with AltPress to premiere the music video for “Further Down The Rabbit Hole,” which features Josh Eppard of Weerd Science and Coheed And Cambria. Check it out below and let us know your thoughts!

“This was the first song I wrote for this project,” shares UHH. “I was going through a lot while I wrote this. There was a battle of the bands contest going on to play at bamboozle and I was at the final round during the time my anxiety and panic disorder was at my worst. I couldn't drive and needed my mom to drive me there since I couldn't leave the house without the feeling of dread. My team was terrified that I wouldn't be able to do the show because of how messed up I was at the time. It was the final round and we've been through so much to get to that point. I ended up taking the stage and everything happened so quick it was like I blacked out on stage and the next thing I remember is they were calling off my name as one of the winners to play the festival. At this time I was on a leave of absence from work due to the severity of my anxiety and depression, but they saw pictures of me performing and fired me saying that I should be able to work if I can play shows, not knowing that it took everything I had to even walk on stage. It was from that point on I decided to take off as much time as I needed in order to seek help and try to manage my mental illness better, all at the same time documenting my journey which would then become Chemical Imbalance. I decided to get Weerd science on the track since I felt like he was the only artist who could match the emotion on the track. (This is also the reason he is the only guest rapper on the album).”

“Further Down The Rabbit Hole” is taken from Chemical Imbalance: Another Dose, which is out now via Equal Vision. (Pick up a copy now!)