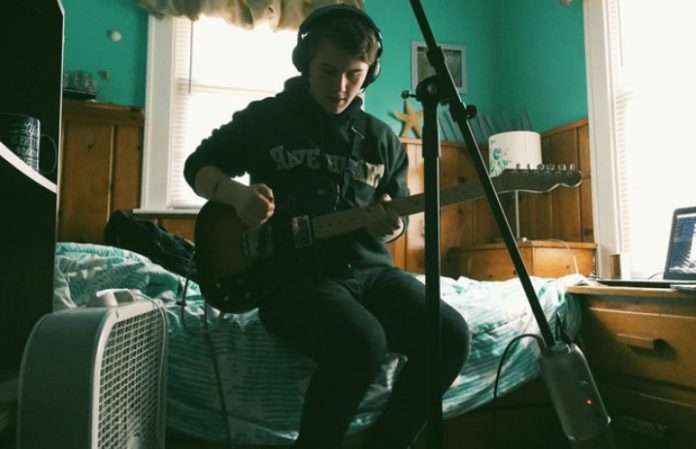 Grand Rapids, MI resident Luke Dean, currently the only official member of unique DIY project Vagabonds, is exclusively streaming his entire album I Don't Know What To Do Now with Alternative Press. The album will be officially released on June 30th via Blood & Ink Records. Preorder it here and listen below.

The recording process of this album was not as smooth as one might think. “Trying to self-record a full-length album while moving houses, monetarily being in between homes, being on and off tour, having to schedule sessions in between when the construction workers next door started and stopped their hammering, and having little more than a cheap USB microphone and a laptop with low-end recording software was, to say the least,” shares Dean, “a trying experience.”

In fact, Dean recorded the entirety of the album in coffee shops, kitchens, basements, people's living rooms and other random unoccupied and quiet spaces. One can only imagine how physically and mentally draining a process like this can be. But that doesn't stop the creative juices from flowing.

“Recording in different rooms almost every time I sat down for a session forced me to be creative with the tracks that were recorded,” the jack-of-all-trades shares. He became experimental with the music simply by the nature of the process itself. With no treated rooms, expensive microphones, pricey pre-amps, sound engineers or rules, Dean had to familiarize himself with the rewarding risk he was taking.

To put things deeper into perspective, Dean did not even own an electric guitar for some of the process. He was using a borrowed Telecaster, which contributed to the bare-bones resources that were available to him. We are looking forward to hearing the rest of this unique raw album that would never have come to fruition the way it had if it was recorded at a professional studio.

Don't hesitate to show Vagabonds some love on Facebook and check out the rest of their music on Bandcamp.

What do you guys think of the new album? Let us know in the comments.