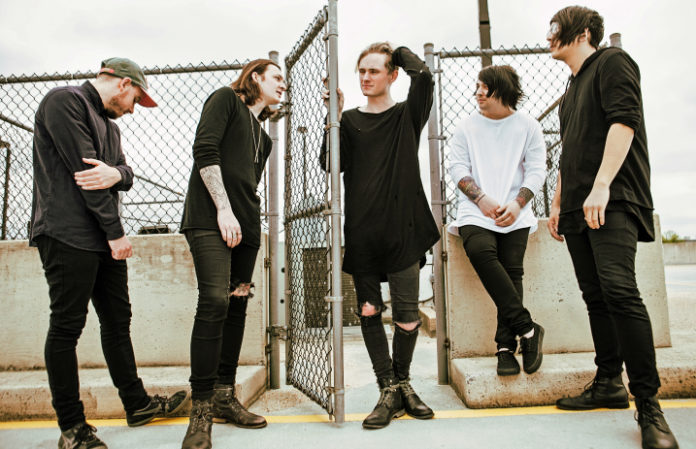 Post-hardcore band Vanish are releasing their new song “Paper House” off their debut EP—From Sheep to Wolves—out later this summer.

Check out the track:

Drummer Nick Perrone says this song quickly became a favorite to play live and is meant to inspires fans “to take control of their own lives and change any bad hand they are dealt with.”

“This song is about being broken, used and torn apart so many times that you eventually fall and crumble just like a burning home would,” Perrone says. “Relationships sometimes tend to be one-sided and will make anybody feel like they are helpless if they are on the wrong side of it. Being able to stand up for yourself and leave a situation you do not deserve to be in is a step in life most people hesitate to accomplish.”

Vanish announced their arrival to the scene by signing to Outerloop Records in May with the release of their song “Dead,” while “Paper House”  features guest vocals from Ice Nine Kills’ frontman Spencer Charnas with Johnny Franck of Attack! Attack! producing the entire EP.

Album artwork and tracklist below: