Take a look at these amazing crossovers that show the best of Vans’ devotion to art and pop culture.

Don’t let the simple black-and-white checkered pattern fool you. Vans is more than just a catchy slogan or go-to brand for scenesters. Take a look at these amazing crossovers that show the best of Vans’ devotion to art and pop culture.

Read more: SpongeBob Squarepants-inspired Nike collab is on the way 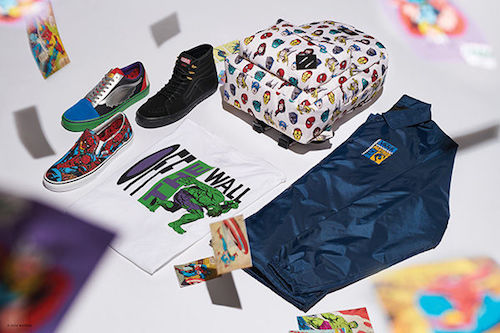 Marvel and Vans joined forces in 2018 to produce over 70 different styles of clothing including apparel, footwear, hats and socks. Stylized with vivid color hues and signature logos, this super collab brings life to your favorite superheroes just as they did in the comics and movies. 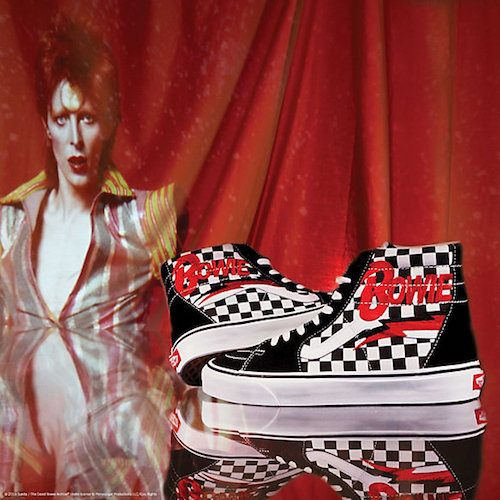 Commemorate the late singer David Bowie and the live the legacy of Ziggy Stardust in this exclusive collection. Vans celebrates the rock ’n’ roll icon with art inspired by everything from Space Oddity to Bowie’s later works. This collab features a six-piece collection of unisex shoes as well as apparel, which pays homage to Bowie’s unique aesthetic and image throughout his career. These are a must-have if you’re a Bowie fan. 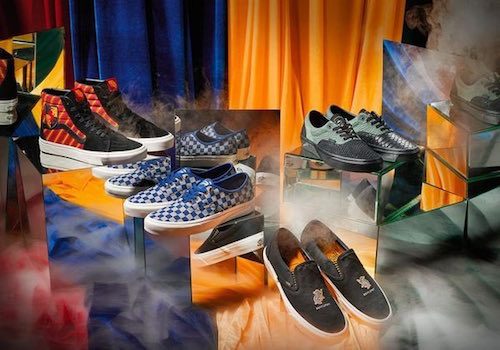 Want to rep your favorite Hogwarts house with style? Then this upcoming Harry Potter x Vans collection is for you. Vans recently gave us a sneak peek of the footwear with exclusive patterns, colors and shoe model representing each house—Gryffindor in striped Sk8-His, Slytherin in green, snake-scaled Eras, Ravenclaw in blue-checkered Authentics and Hufflepuff in Classic Slip-ons. Keep an eye out for more footwear and apparel in the near future from this magical collab! 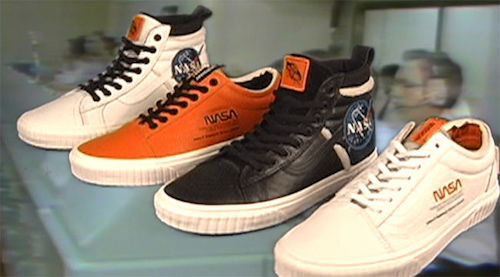 Celebrating NASA’s 60th anniversary, Vans and NASA blasted off in style, launching the “Space Voyager” collection in 2018. This limited collection is based on astronaut suit designs, featuring NASA emblems, logos and space suit colors. With a variety of sneakers, jackets and hoodies to choose from, this hip collection is a dream for every galactic fanatic. This line is officially sold out or discontinued, but it may be available from retailers and other sellers. 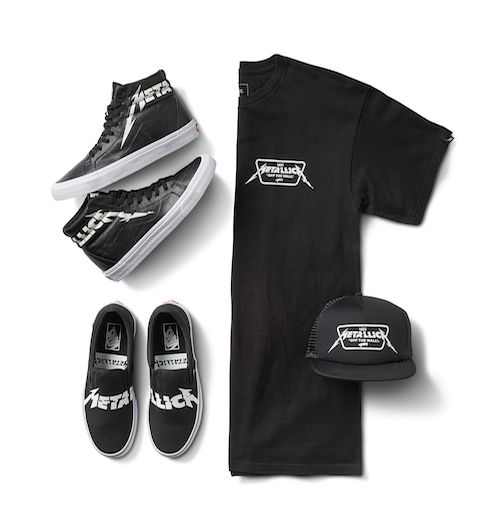 Vans’ third collaboration with thrash metal veterans Metallica focuses on a mature, dark look. The footwear set features a black pair of Sk8-Hi Reissues and Classic Slip-ons with the band’s logo plastered across the pair. The T-shirt and trucker cap retains the same style with simplicity and will fit with anything dark in your wardrobe. 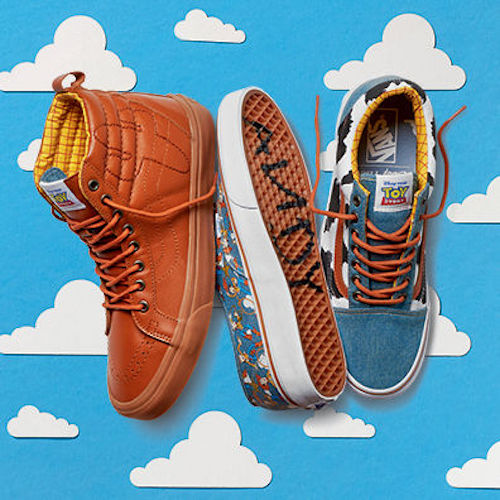 Reach for the sky with Andy’s favorite toys in this Toy Story x Vans collab. Among the many designs, Old Skools in Buzz Lightyear colors and leather-styled Sk8-His resembling Woody’s cowboy boots, with “Andy” written on the sole. Taking inspiration from iconic characters from the franchise, each line for men and women consist of different designs. Additionally, apparel, hats and backpacks are available to complete your look. 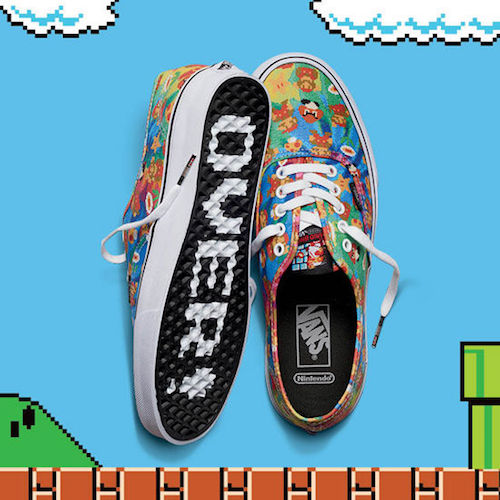 You can’t beat the boss and save the princess without the limited Nintendo x Vans collection. Take yourself to the next level with Nintendo’s retro designs on apparel, footwear and accessories. Originally launched in 2016, this vibrant eight-bit collection is inspired by classic NES favorites such as Super Mario Bros., Duck Hunt, Donkey Kong and The Legend Of Zelda. This line is officially sold out or discontinued, but it may be available from retailers and other sellers. 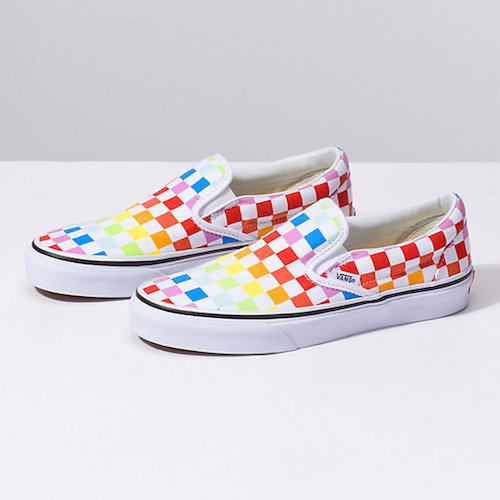 Get yourself decked out and ready for Pride Month with Vans’ Pride Collection. This LGBT-centered collection is the largest among others, holding a diverse lineup of apparel, shoes and accessories. With rainbow-themed patterns and trippy tie-dye variations, these items will definitely give an extra flair to your outfit and boost your pride. 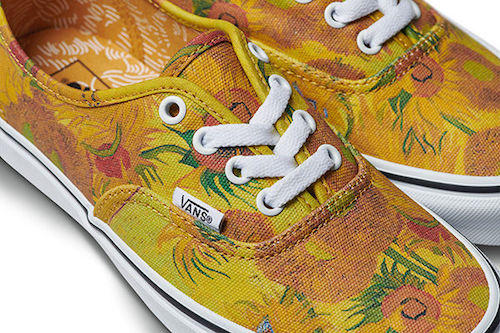 Flaunt your artsy side with Vincent Van Gogh’s acclaimed works in this aesthetic collab. Vans teamed up with the Van Gogh Museum to reimagine his masterpieces, emulating every brush stroke and color shade. This collaboration gives a modern touch to Van Gogh’s signature style, which creates a fascinating artistic dynamic of two iconic-yet-different zeitgeists. This line is officially sold out or discontinued, but it may be available from retailers and other sellers.

Vans teamed up with Led Zeppelin to celebrate the 50th anniversary of the legendary rock band’s 1969 self-titled debut. This four-piece collaboration features a long-sleeve shirt of the band’s self-titled album, an adjustable trucker cap and two sneakers based on the colors of the album artwork. The sneakers come in two styles: a menacing, red-black pair of Sk8-His and a stylish black pair of Eras with symbols of each Led Zeppelin member. This line is officially sold out or discontinued, but it may be available from retailers and other sellers.

Which collab would you love to see? Let us know in the comments below.