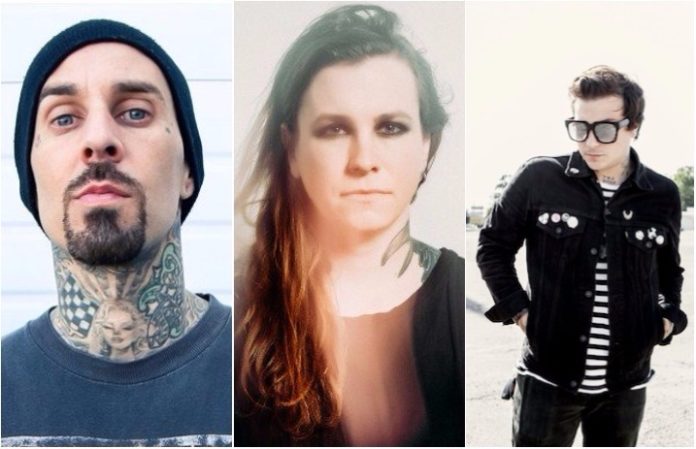 Going meat-free is one of the most important trends driving innovation in prepared foods around the world. Right now, six percent of Americans identify as vegan, which means they abstain from products that come from animals, including food and clothes.

Did you know some of your favorite musicians follow this lifestyle? Find out who below!

Mark Hoppus, Travis Barker and Matt Skiba are all vegan and were voted the most animal-friendly band by PETA2 in 2016. Barker became vegan almost 10 years ago, as a promise he made after surviving a plane crash.

The As It Is singer doesn't “eat alcohol or drink animals,” according to his Twitter bio.

The drummer from Fall Out Boy is straight edge and has a vegan coffee shop in Portland, Oregon: Oracle Coffee Co.

Against Me!'s frontwoman has been vegan since 2006 and has strong opinions about it, such as: “Vegan is sexy.”

The singer for Bring Me The Horizon said he went vegetarian in 2003 after watching a video shared by Peta2: “When I saw how animals are tortured on factory farms, I couldn’t justify being a part of that cruelty.” In 2013, he became vegan.

The AFI vocalist was voted 2017's hottest vegetarian male celebrity by Peta2… for the second time. He also won the award in 2007.

Jared Leto, Shannon Leto, Tomo Milicevic “sacrifice” tofu and not animals for their meals. Their words, not ours.

The producer and Goldfinger frontman has been vegan for around 15 years and a huge supporter of animal rights, so much that Peta dedicated their audio-visual department to him.

Rise Against's vocalist and bassist are vegan. In fact, the latter just recently adopted the lifestyle, after being a vegetarian for many years.

But it doesn't mean he's a healthy vegan.

Sam Carter, Tom Searle, Dan Searle and Alex Dean are vegan, which means everyone in the band follows the lifestyle.

AP's Icon Award recipient has been vegan since the 1980s.