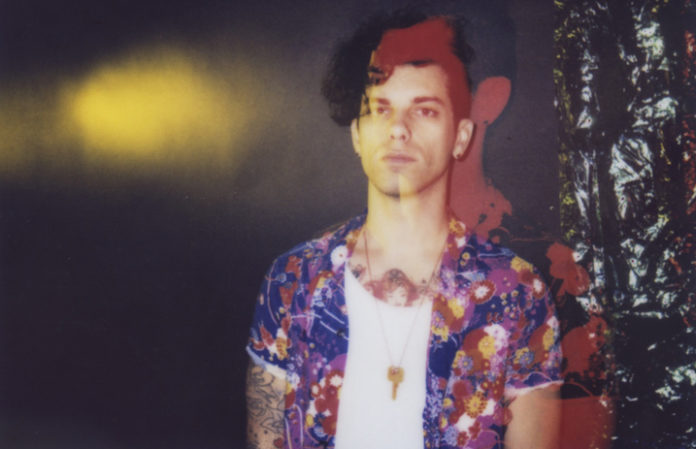 If you’re yearning for some new anthemic rock, Vesperteen is it. Starting in 2015, Colin Rigsby’s solo project carefully and flawlessly fuses synth/electro-pop and alternative rock, with his latest single, “It Will Never Be Enough,” giving off some serious Bleachers vibes.

Even more impressive: For an artist who has only been on the scene for about two years and only one EP and a few singles under his belt, Rigsby has gained over two million Spotify streams. He's even sold out multiple tours across North American and Europe.

So for those not already on the VesperTEAM, why not get to know the artist who is not only massively talented, but he's also best friends with Twenty One Pilots' Josh Dun…

First off, how would you describe your music in 3 words?
Cinematic Melancholy Pop

Your latest single,”It Will Never Be Enough,” is such a driving, high-energy jam. What inspired the song?
Well, the high-energy part was very intentional because I have a proclivity to write ballads. So I have to sort of make myself write an upbeat jam sometimes. The theme is one I've been contemplating for a while now and looking for a good song to explore it through. This was it

Who are your music inspirations?
I listen to everything. Music that inspires most is usually anything that is unique and stands out. It has to be very genuine. It has to be unexpected. One album that's currently inspiring me a ton is Gang Of Youths' Go Farther In Lightness. It's incredible. Amazing lyrics and really raw performance on the record.

You’ve been compared to the likes of Bleachers and Twenty One Pilots. Do you agree that your music has similarities to those two bands?
I think it does, yeah. I'd say in two ways it's similar: I think Jack [Antonoff] and Tyler [Joseph] and myself are big melody writers. And then also all our song styles can vary widely within one release. Each song on my EP sounds very different than the last. If you only heard one of my songs, you may not get the full scope of my sound. I think it's the same with those bands, too.

What’s your ultimate goal as an artist?
To always make the most authentic and progressive art that's purely for personal expression and doesn't compromise just for commercial benefits.

Your fans—the VesperTEAM—seem so die-hard about you. How do you feel about them? And that fandom name?
They've changed my life, honestly. Being able to talk to them and listen to them and work together to spread this music is a precious opportunity that I don't and won't take for granted. They are amazing people. And the name is perfect!

What fandom are you a part of?
None too specifically. But I do love all things sci-fi. I recently watched all of the Battlestar Galactica series, and I'm currently watching the entire Star Trek: The Next Generation series, which I'm loving. I'm a huge fan of lots of music, but I don't geek out on the creators of it. I'll just analyze it to death though. Oh, I'm a big fan right now of Julia Michaels. I think she's massively talented.

I read you have matching tattoos with Josh Dun. What is it and what’s the meaning behind it?
Yeah! We both got the same drum tattoo cause we are drummers and that sort of was a big part of the beginning of our friendship.

What’s the next tattoo you’ll get?
I haven't been tattooed in so long that I think my next one will be a full back piece. I gotta make up for lost time. [Laughs]

The teaser artwork you posted is really cool. Do you design for fun? Is it a passion of yours and can fans expect you to always design your own track/album artwork?
Thank you. It is definitely a passion of mine. I've been doing visual art as long as I've played music. And they've always gone hand-in-hand very well. I plan to continue to either do all my own design work or at least be very involved.

What’s coming up for you in 2018?
First thing in January I'll be recording more songs to be released ASAP. Then as much touring as possible.

Anything else you want to add?
Thanks for the time! I love Lacroix and tacos and jazz.