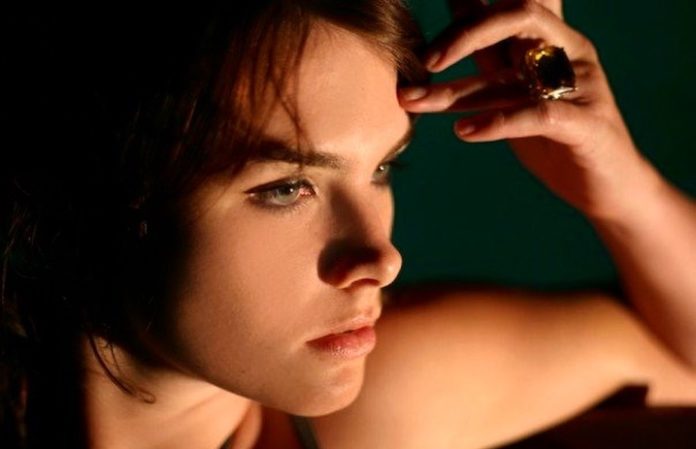 As you know by now, Victoria Asher, once the keytar player for Cobra Starship, started a solo project (in which she tackles vocals, songwriting and production) after the band called it quits and goes by the moniker VickyT.

Now, Asher is releasing her fourth single, the dreamy “Another Word For Paradise,” accompanied by a colorful lyric video, which you can watch below. According to her, the song “was a lot of fun to make.”

Read more: 10 neon pop-punk songs you can headbang to

“This track was written this summer in the U.K. with some extremely talented people: Lawrie Martin and producer duo, Knoxa. The session was effortless, just seemed to flow organically,” says Asher. “The song grew from the retelling of an incident on the tube: A woman was trying to solve a crossword puzzle and asked out loud, “What’s another word for paradise?” With that in mind, we just riffed and created this song.”

Hear the song and watch the lyric video below:

The lyric video was created by Asher herself and, if it doesn't make you want to take a vacation, nothing else will.

The song furthers the synth pop sound she had already been experimenting with on previously released songs “Protect This Love,” “Clouds” and “Push Comes to Shove,” which features Panic! At the Disco’s Jon Walker.

Beyond Cobra Starship and her solo tracks, Asher has contributed to the title equence for Orange is the New Black and co-founded independent record label Muted Color with her father, Peter Asher.