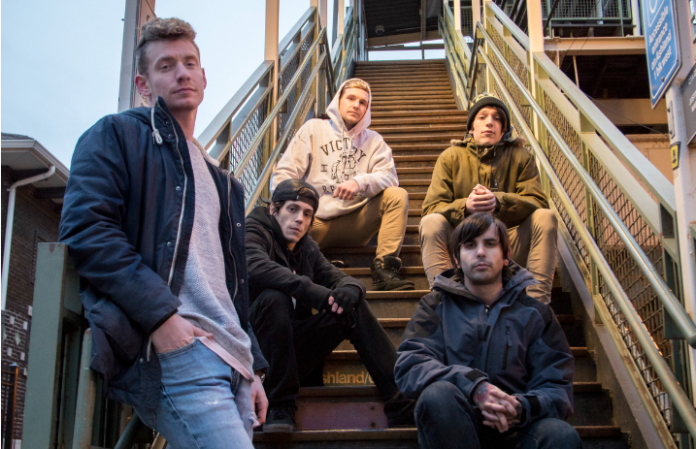 With their first Victory Records album — Charm City — released back in February, Carousel Kings had quite an eventful year. They just got back from their second tour of Japan, are getting ready to play the first three weeks of this year's Warped Tour and have just dropped a performance-driven music video for “Fractals.”

The parallel music video consists of the band playing in two different scenes — buttoned formal wear and unbuttoned street clothes that seem to portray the band in a more raw setting. The performance of these Pennsylvania punks, consisting of David Alexander on vocals, Will Barovick on guitar/vocals, Cody Jay Williams on bass/vocals, Danny Wilkins on drums and Clint Tustin playing guitar on tour, is complimented with colorful graphics that are reminiscent of “visualizer” options on music players.

“The song itself is about realizing that reality isn't as real as it seems,” explains Alexander. “Reality is all a matter of perspective. The only constant in life is change. Whatever thoughts you constantly think about are the situations and circumstances you will attract into your life. ‘Fractals’ is about recognizing patterns in your life in relation to the thoughts you project or visualize.”

Check out the band's merch store and buy the album here.

What did you think of the video? Let us know in the comments!