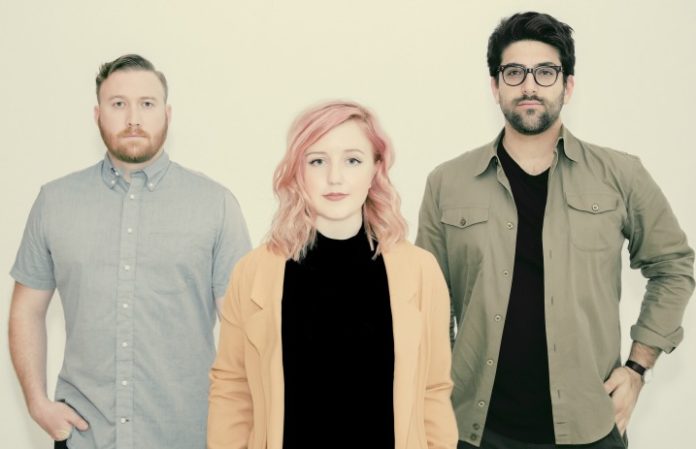 “Nick [Steinhart] and I learned to write music playing in bands together since we were in middle school so when he was done with Touché's touring cycle for Is Survied By he was ready to hop on full time and work with us on finishing what we had already started,” says Andrew Thomas, the band's instrumentalist. “I think for Nick this was a refreshing break from his normal routine of writing and performing with Touché. Not only was there a lot more clean guitar writing challenges, but also he was able to help produce female pop vocals for the first time, which if anyone knows anything about Nick they know his love of pop music and good vocal production.”

Singer Julia Blake's vocals are featured prominently on every song on Kind Eyes, with dreamy, summery guitar and synth parts. Thomas says Vow was trying to move away from synth, and that the band were aiming for a more full sound on the album. “[It was] obvious for us to bring in our good friend and Nick's bandmate Elliot Babin to track on the songs. His raw energetic style was just what we needed to bring these tracks to life and complete the “full band” sound we needed for these guitar based tracks.”

You can pre-order Kind Eyes now through Vow's Bandcamp page. Listen to the album below, and let us know what you think in the comments!