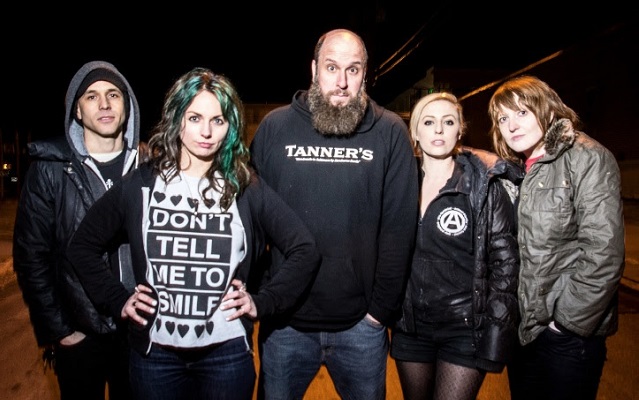 One of AP's 100 Bands You Need To Know last year, feminist hardcore punks War On Women (photo: Josh Sisk) are set to release their eponymous debut full-length album on February 10, 2015 via Bridge Nine Records. We're premiering its first single below, which is also the opening track, “Servilia.”

The LP was recorded with J. Robbins at the Magpie Cage (Against Me!, Lemuria, Fairweather, Have Mercy)—an especially common destination for Baltimore, MD-based bands. WOW are just wrapping their tour dates supporting the almighty Propagandhi with RVIVR, performing in Orlando, FL tonight and finishing in St. Petersburg, FL tomorrow.