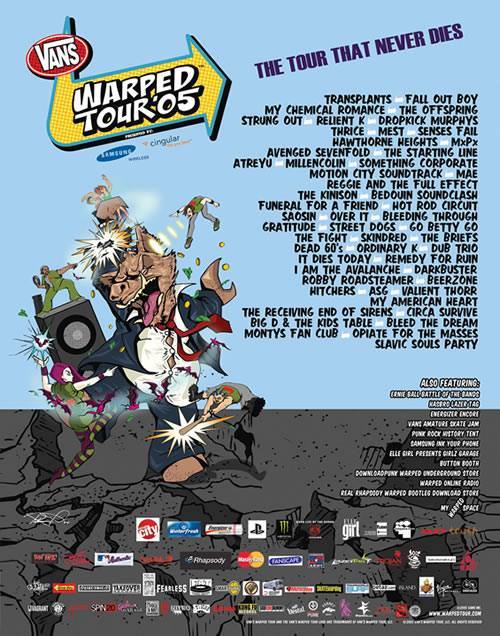 When discussing the cross-country end for Warped Tour, Kevin Lyman revealed the 2018 date was the second biggest year. The first? This one. In part due to the popularity of alt acts gracing MTV’s TRL, this year featured an all-star lineup of Fall Out Boy, My Chemical Romance, Relient K, Senses Fail, Hawthorne Heights, the Starting Line, Motion City Soundtrack, Saosin, Armor For Sleep and Circa Survive—just to name a few. 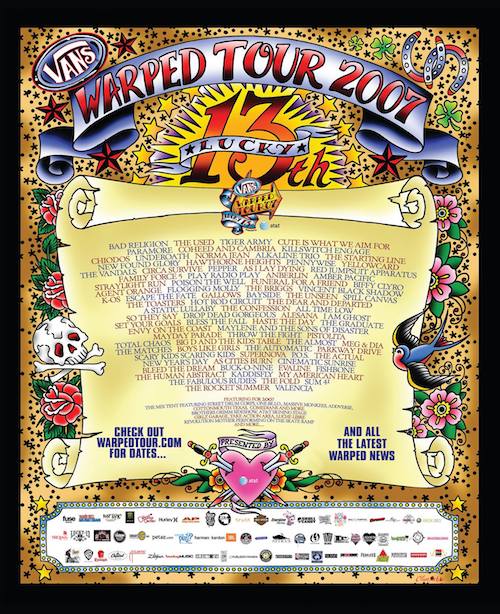 Paramore were in the midst of kicking off their RIOT! era on this summer’s run, playing alongside the Red Jumpsuit Apparatus, Bayside, Chiodos, Motionless In White, the Matches, Boys Like Girls, Cute Is What We Aim For, Envy On The Coast, Forever The Sickest Kids, Mayday Parade, Meg & Dia, New Years Day and many, many more. 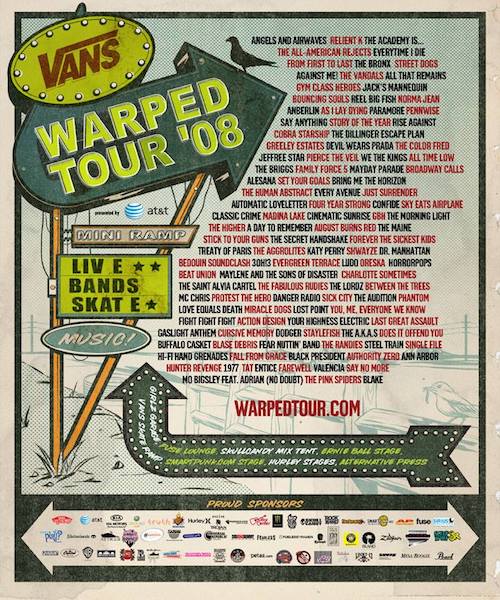 All Time Low, the Academy Is…, Cobra Starship, the Maine, Valencia, Gym Class Heroes, Every Time I Die, A Day To Remember, 3OH!3, Jeffree Star and many more graced Warped stages in 2008. But the most memorable artist on Warped this year? Katy Perry, who played her first and (possibly) last run. 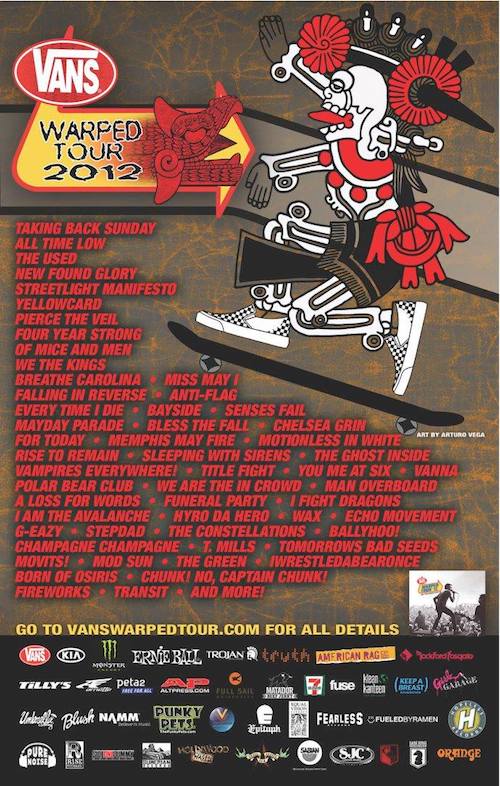 2012 was a mega year for alternative-tinged rap with Machine Gun Kelly, Mod Sun, G-Eazy and T. Mills (now known as Beats 1 Radio host Travis Mills) all hitting stages. It also featured SWMRS’ prename change as the more pop-punkier Emily’s Army, plus Sleeping With Sirens, Tonight Alive, We Are The In Crowd and more. 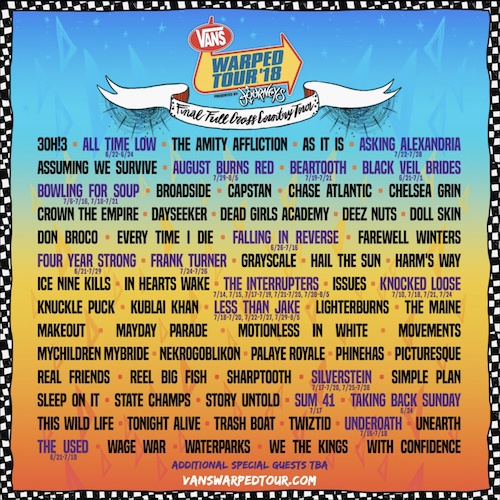 Last year marked the final cross-country run, making it an unforgettable run regardless of who played it. Everyone involved made it extra-special with artists such as All Time Low, Black Veil Brides, Four Year Strong, Beartooth and more. Plus, who can forget Every Time I Die and Pennywise facing off to be the final song played at Warped Tour?