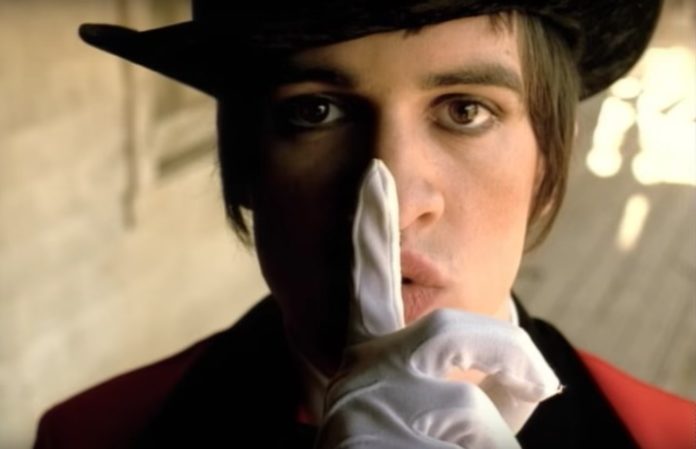 Panic! At The Disco have churned out as many great videos as they have singles (no wonder they're nominated for Best Music Video at this year's APMAs!). Across five albums and various lineups, the band has released 20 separate music videos, each with a distinctive style and theme, just like their records.

After much bickering and disagreement among our editorial staff, we finally settled on a definitive ranking of every single Panic! At The Disco music video (other than equally compelling extras like “It's Almost Halloween” and “The Overture”). Here they are, presented in order from worst to best—but really, is there a worst P!ATD video? Let us know if you agree with our ranking in the comments!

Structured around iconic video game Monument Valley, this video has Brendon chasing a pretty lady through multiple levels and looking classy af while doing so. [MH]

19. “LYING IS THE MOST FUN A GIRL CAN HAVE WITHOUT TAKING HER CLOTHES OFF”

Probably one of the oddest concepts for a music video in the last decade, “Lying Is The Most Fun…” features OG P!ATD as the strangest EMTs you’ve ever seen. [MH]

Honestly, can we just think about the line “Can we fast-forward to go down on me”? [MH]

Brendon Urie has never been quite so aesthetic. Have this video projected on a wall during your next party to look extra-hipster. [MH]

Like the video for a little song called “I Write Sins Not Tragedies,” “But It’s Better If You Do” harkens back to Panic’s Las Vegas roots. [KC]

Panic puts on a killer live show, so we’re happy to have a taste of it in the video for this Vices & Virtues track. [KC]

[Note: an earlier version of this article stated that “Let's Kill Tonight” appeared on the album Too Weird To Live, Too Rare To Die. This error has been corrected.]

The title track of the band’s most recent record is a Sinatra-inspired vocal marathon, and the sleek video matches the elegance of its influence. [KC]

Brendon Urie proves that no one can pull off a metallic jacket as well as Brendon Urie. [MD]

The video proves that Panic! knows how to make us all feel good (just look at the kid version of Panic!). It had to have been as enjoyable to film as it is to watch. [MD]

Who doesn't feel like joyfully running around a city after watching this video? [MD]

Brendon Urie perfectly pulls off the eerie—his eyes in the final shot say it all. [MD]

The video basically encompasses Pretty. Odd.'s earthy aesthetic. And we all like seeing a 2009-era Panic! [MD}

7. “I WRITE SINS NOT TRAGEDIES”

This classic has to rank in the top ten. The video has it all going on—the over-the-top choreography, costuming and makeup—that reminds us all how much we still love A Fever You Can't Sweat Out. [MD]

The octopus tentacles really rule the video. And even though he is overtaken by an alien, who wouldn't want to run into Brendon Urie on a Friday night? [MD]

This video basically had to see Brendon end up with the girl and a boxing ring championship. [MD]

Brendon Urie's dancing is one of the most memorable things from the video. This Vices & Virtues track uses theatrical Singing in the Rain-inspired choreography that makes us all want to join right in. Who had to learn the choreography right after watching it? [MD]

There's something about seeing Brendon Urie fighting the things that are holding him down that we can all relate to. It seems to remind us all how hard it can be to beat back the things holding us down—but hey, it’s possible. [MD]

Brendon Urie. Implied nudity. That’s all. No one has done it better since D’Angelo in “How Does It Feel.” [CW]

No surprises here. The 2016 APMAs Best Music Video nominee is a continuation of “This Is Gospel,” which also cracked our top three. Looks like director Daniel Cloud Campos, who's also behind the “This Is Gospel” video, is on to something here—praise be to whoever’s idea it was to turn Brendon Urie into a demon. It’s kinda scary, but…we’re also kinda into it? [KC]

There you have it! Did you agree with our rankings? If so, go vote for Panic for Best Music Video at the 2016 APMAs.

Watch more: 10 Things You Didn’t Know About Panic! At The Disco