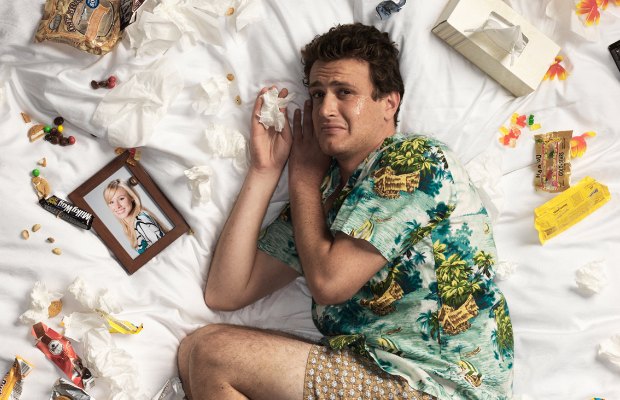 Spring has sprung and your SAD may be lifting, but we joy-crushers have come to fix that for you with this digital mixtape. For most of us, the mood of our music collections runs well off the sad charts, so we dug deep into the misery to handpick some of the biggest bummers (and it really says something about Jets To Brazil that two editors, having not collaborated on their choices, chose them as the bluest of blue). Everybody get down (emotionally). Here’s your soundtrack.

This song was originally written nearly 30 years ago by the late underground-rock figure Alex Chilton and recorded by his much-deified outfit Big Star. The legend goes that “Holocaust” was written about a former girlfriend's drug-and-alcohol-soaked mother who didn't care much for the young Chilton. The track is pretty vicious in its eloquence, from the title to the description of the tragic heroine (“Your eyes are almost dead/Can't get out of bed”) to how said figure is treated by the outside world (“Everybody goes/Leaving those who fall behind/Everybody goes/As far as they can/They just don't care”). While it's certainly one of Chilton's greatest songs, the version recorded by This Mortal Coil (the 4AD all-star band led by label founder Ivo Watts-Russell) is positively aching, with melancholy piano, haunting cellos and the rude-awakening vocal performance from Magazine frontman Howard Devoto (formerly of Buzzcocks). When he delivers the last lines, “You're a wasted face/You're a sad-eyed lie/You're a holocaust,” you can't tell if he's ruefully commiserating or stomping on someone from a mighty height. Whether you are feeling positively hateful about yourself or wanting to stick it to somebody who keeps several suicide-hotline numbers on his or her iPhone, this song is positively, achingly devastating. [JP]

Admit it: You totally had an AIM away message that featured some Dashboard Confessional lyrics. Because we all know the best way to get your crush to notice you is a few not-so-subtle lines that scream “Love me for me!” courtesy of Chris Carrabba. For a while, “Screaming Infidelities” was the song of choice for all instant message devotees. Lines like “Well, as for now I'm gonna hear the saddest songs/And sit alone and wonder/How you're making out” were away-message gold. In fact, the majority of Dashboard Confessional’s songs were prime picking for former emo kids like myself who spent too much time updating our Buddy Lists. But then Carrabba had to go and get all posi and shit with “Hands Down.” Oh, well. At least we’ll always have The Swiss Army Romance. [BM]

If you're ever holed up alone in your room and feeling sorry for yourself, put on Jets To Brazil's “Further North” to really seal the deal. It takes some of the saddest subjects available and narrates them by way of lethargic acoustic pop. Blake Schwarzenbach goes to great lengths to remind the listener of the worst season (winter) and the chorus is purely made of chest-sinking depression (“Everything here's about to break/I'm one inch from more than I can take”). But those are just footnotes compared to the lost love that drives the song. On an album appropriately titled Perfecting Loneliness, “Further North” does an expert job at translating hopelessness. When Schwarzenbach raises his voice ever so slightly to sing, “Blue moonlight/I can’t cry right/But I miss you tonight,” you can’t help but hear his plea. [BK]

JETS TO BRAZIL – “I TYPED FOR MILES”

Jets To Brazil's Orange Rhyming Dictionary was the first album Blake Schwarzenbach wrote following the demise of his former band, Jawbreaker, and his subsequent move to New York City. It's a catchy, moving record that finds the enigmatic frontman wrestling with all sorts of new feelings—detachment, aging, loneliness, unfamiliarity, and a distinct feeling that no one gives two shits about you. But it doesn't get any more depressing than the album's penultimate track, “I Typed For Miles.” Atop a creepy, Nirvana-esque guitar line, Schwarzenbach barks out lines like, “Note to self: No one cares, your voice is average” and “I have been kissed between the ears with human error.” It is chilling in its raw, angry emotion, but then suckers you back in with a major-key instrumental bridge before closing out with the repeatedly yelled, “You keep fucking up my life!” Thankfully, resolution finally comes in the last track, the gorgeous love song “Sweet Avenue,” but man, is it a workout to get there. [SH]

HENRY PURCELL – “DIDO’S LAMENT”/ “WHEN I AM LAID IN EARTH” (from Dido And Aeneas)
Dido (the Greco-Roman legend character; not the one with cold tea) delivers this death-welcoming aria during her suicide scene in the third act of the opera Dido And Aeneas. It’s a final plea: “Remember me, but ah!/ Forget my fate” after her love, Aeneas, leaves. The song is heartbreaking when delivered by just the right mezzo-soprano after a chorus sings, “Great minds against themselves conspire/And shun the cure they most desire.” Seriously though, no love interest is worth offing yourself. Get revenge by living a life that is way better without them, instead. [CW]

Isolate yourself, darken the room, crawl under your blankets and just hide, because despite all your efforts, you’ve become so damn miserable that “everyone around you says you just need help.” You’ve reflected—as you do, constantly, in this state—and have found that it’s never going to be that simple; you’re alone in the world (loathing your own company, atop that) with no one capable of helping or understanding. “Playing Dead” has the most simple and sad solution to avoid pain via other humans: Feel nothing. “Everything’s easy if you just play dead.” [CW]

No matter what Damien Rice sings, it sounds utterly and completely depressing. It’s the baggage that comes with being an Irish folk singer with an incredibly somber voice that often sounds like it’s only a note away from lurching into full-on blubbering. “Accidental Babies” is six minutes and 34 seconds of some deep, sad shit. Granted, I’m not completely sure whether or not lines like “Our minds pressed and guarded/While our flesh disregarded” are happy or sad, but seeing as they’re followed up with, “Well I know I make you cry/And I know sometimes you wanna die/But do you really feel alive without me?” I’m gonna go with the latter. [BM]

Yes, it's the song from Forgetting Sarah Marshall. And sure, it's pretty funny. But disassociate the humor from the lyrics for a second, and realize just how brutally fucked up Dracula's life is. “It's getting hard to believe things are going to get better/I've been drowning too long to believe that the tide's going to turn.” (That shit is more emo than anything on Deja Entendu, kids.) But the song bottoms out after its murderous climax, with Dracula wrestling with his own immortality: “Die, die, die/I can't.” Cut my wrists and black my eyes, indeed. [SH]

Break-ups definitely have their place on this list, but a “I miss all these people that were in my life” song can be even more effective. With each year, your social dynamics budge like tectonic plates. People eventually move away, they get hitched and find soul-sucking jobs. They have responsibilities now. You will become inseparable with new friends as you become about as important as the actors hired to sip coffee in the background to old ones. It’s a reality of life. Inconvenience can be a bitch. Small Brown Bike spend six-and-a-half minutes on these simple truths that cut deeper than the surface. “I've never said goodbye this many times,” they realize. The emotional breakdown at the end makes this beardo anthem one for the books. “The bagpipes are playing our song/While we wait in line for our lives.” [BK]